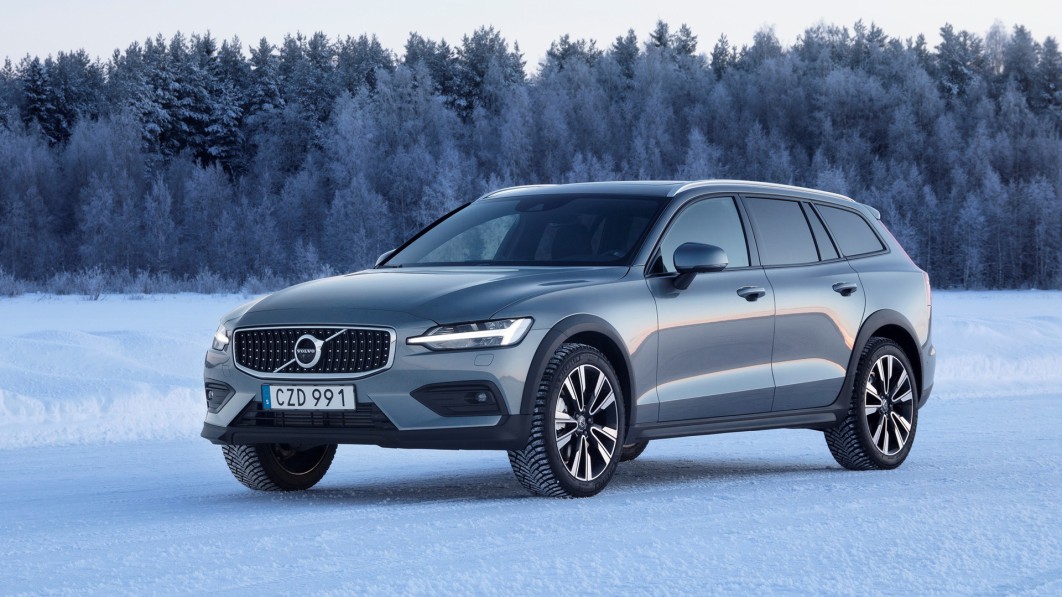 What’s the best car for snow? The real answer is “the one with winter tires.” Quite simply, you could have the finest, most advanced all-wheel-drive system in the world, but if you’re running all-seasons (the spork of tires), there’s a very good chance that any old thing on good winter tires will more assuredly tackle whatever slippery, slushy and/or snowy mess you’re attempting to traverse. (Here’s a more complete explanation of why winter tires are totally worth it).

In other words, you don’t really need any of the cars on this list. With a set of winter tires, countless others will do the job, and even these will be at their best with proper rubber. You can find a variety of winter tires for your car here at Tire Rack.

OK, now that that’s cleared up, let’s look at the cars. First, we’re highlighting choices for a variety of buyers and price points. Second, we’re not just considering snow; we’re considering general wintery conditions people will experience driving to work or school. There’s no doubt another list out there should you be in need a gnarly vehicle to tackle 9-foot snow drifts in Montana. As such, these are all choices with advanced all-wheel-drive systems, usually with “torque-vectoring” systems that not only automatically shunt power front and back, but side to side between the rear axles. Most have extra ground clearance for getting through deep snow, and we prefer those vehicles with more responsive steering, throttles and transmissions that provide a greater sense of vehicle control in slippery conditions. 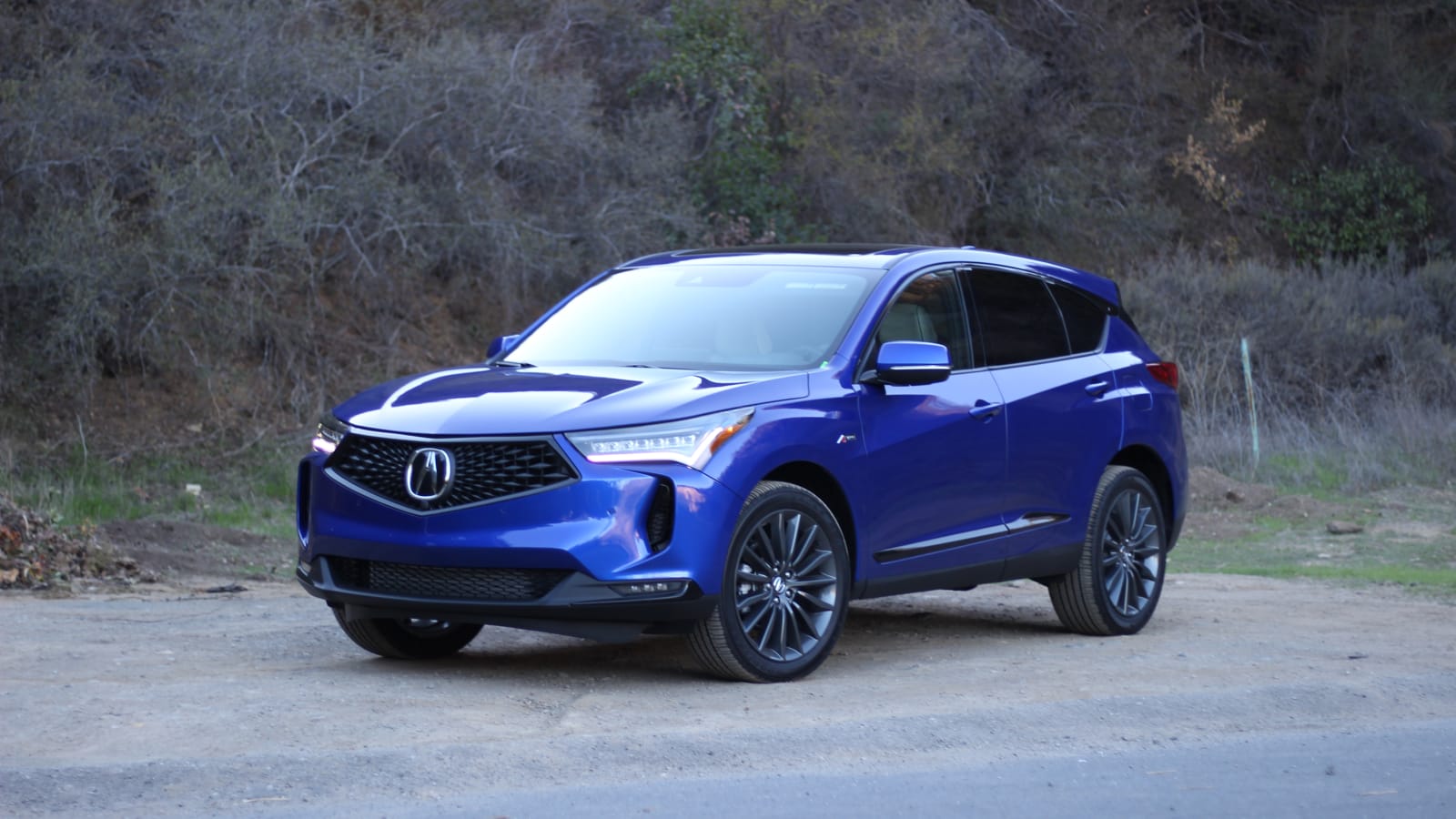 Acura’s Super-Handling All-Wheel Drive system was one of the first to offer torque-vectoring, and besides often being touted for its ability to greatly enhanced dry-road handling, its benefits in the slick stuff can be profound. It’s actually surprising that Acura hasn’t leaned into this capability further by offering more rugged versions of its vehicles. Still, the RDX is our Acura of choice here because of its greater ground clearance and its positioning in the most popular luxury SUV segment. 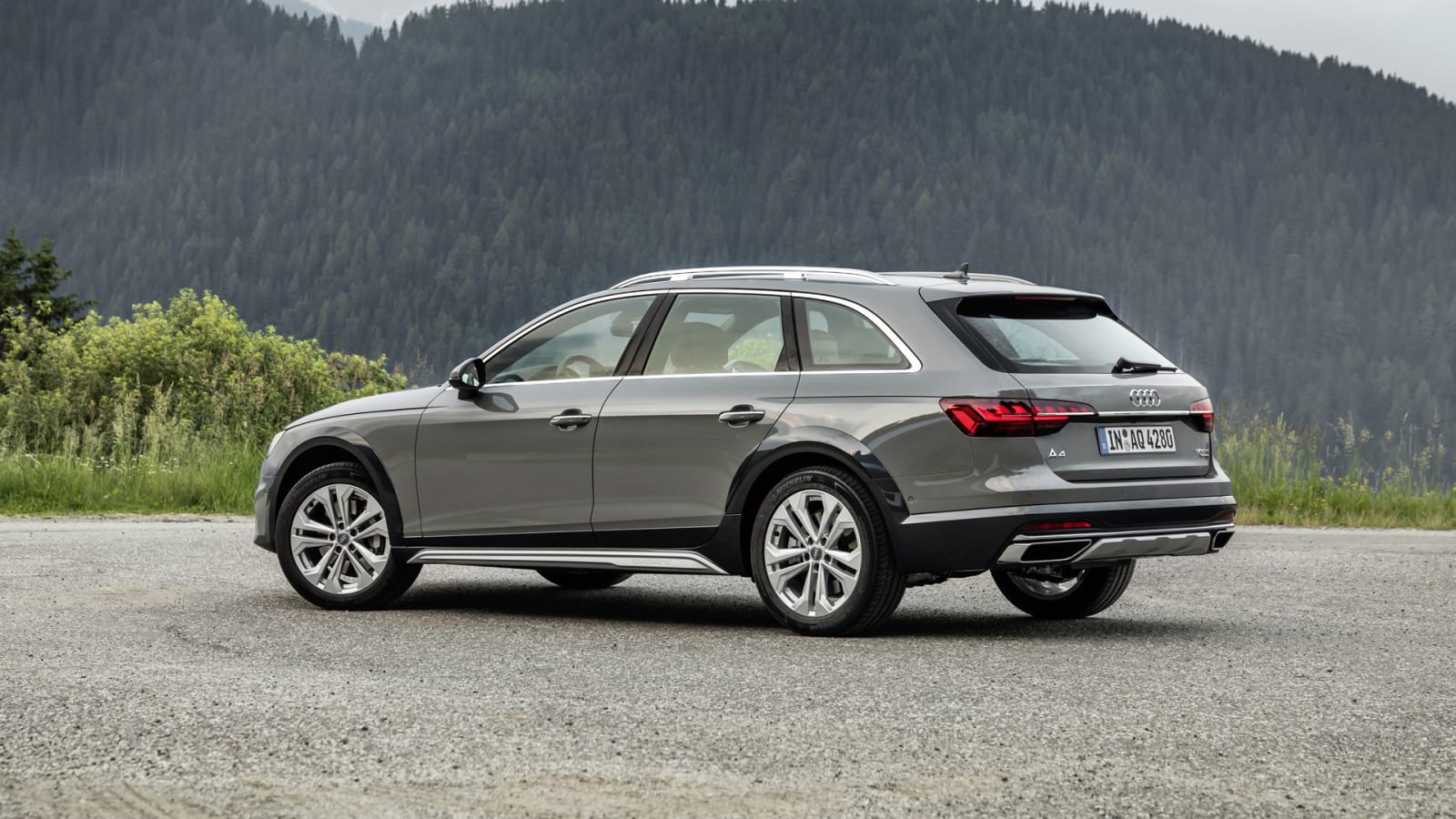 Read our Audi A4 Allroad Review

Audi’s Quattro all-wheel-drive systems have long been some of the best in the industry, so any number of the company’s models will serve you better than most. We selected the Allroad here, however, because its lower center of gravity, smaller dimensions and greater agility relative most small SUVs provide an immense amount of confidence in slick conditions. Also, this author in particular knows from personal experience in multiple blizzards how good and confident an Allroad can be. 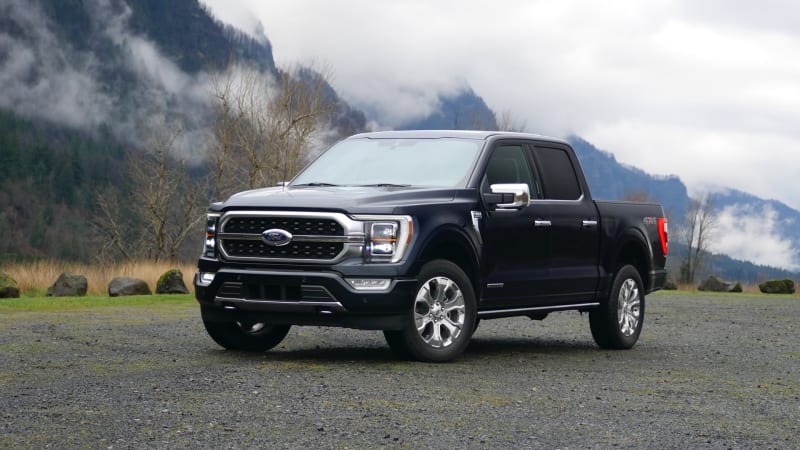 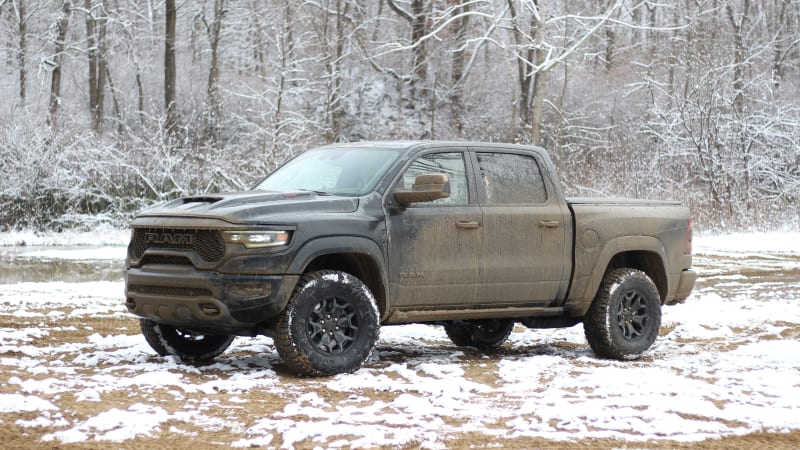 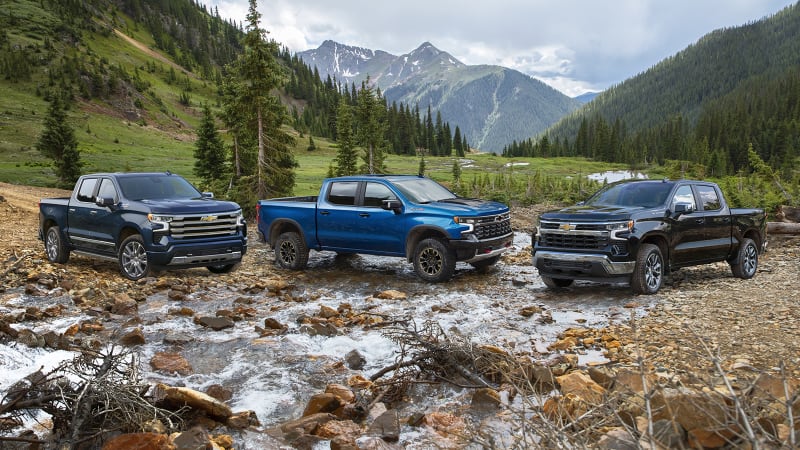 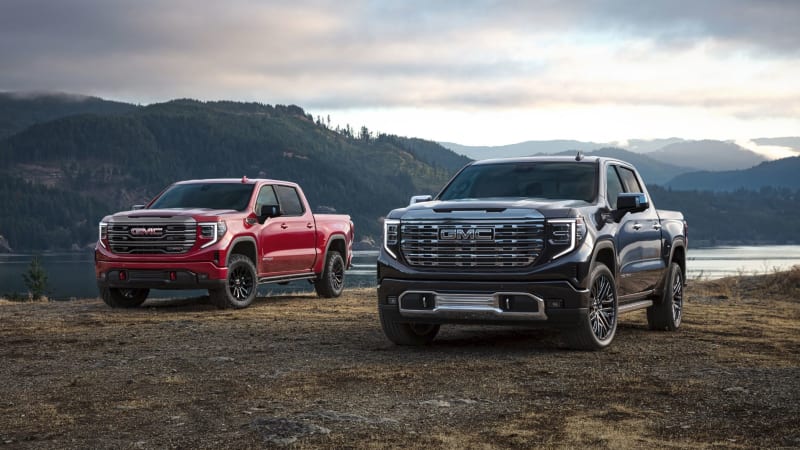 Read our review of the Ram 1500, Ford F-150 and our previews of the revised 2022 Chevy Silverado and GMC Sierra

Duh, of course a big-old 4×4 truck is going to ace clawing through deep snow. However, this list is about day-to-day driving more than extreme scenarios, and also, we’re talking about the best rather than just capable. In that spirit, let’s talk about the best-possible trucks for day-to-day driving in snow. For that, you should look for a truck with an automated four-wheel-drive system, known as Auto or 4A mode. This effectively allows the truck to operate like an all-wheel-drive vehicle, sending power to the front axle as needed. This is in contrast to just driving around in 4Hi “just in case” you come across slippery conditions, which in short can lead to excessive wear of expensive vehicle components. So which trucks to look for? Every 4×4 Chevrolet Silverado and GMC Sierra has an Auto mode, so whichever trim level works for you. All Ram 1500 trim levels but the Tradesman and Rebel have a 4A mode, while all F-150s from Lariat onward have 4A, meaning only the priciest versions get it. 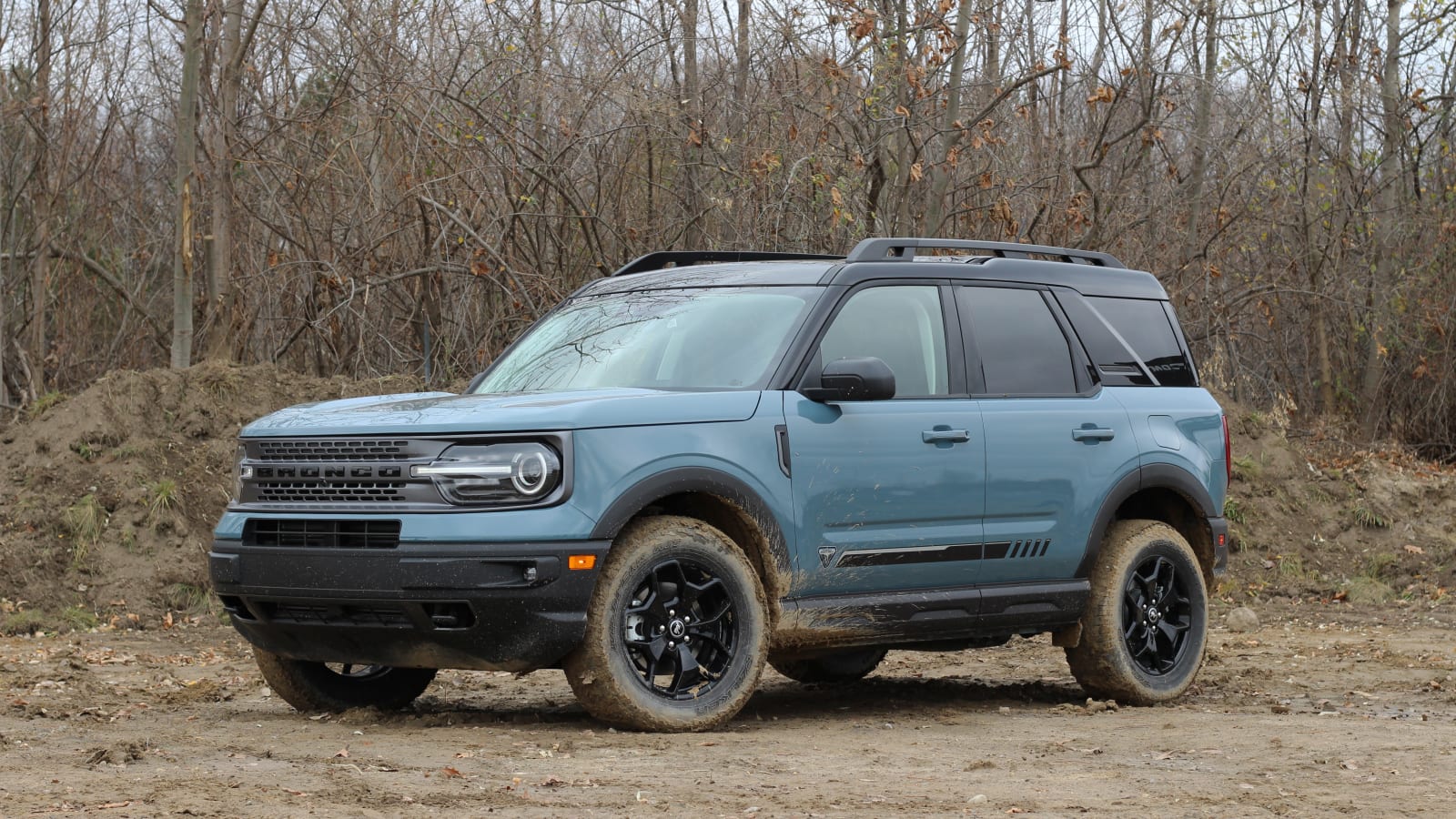 The range-topping Bronco Sport Badlands has a more advanced, torque-vectoring all-wheel drive system we wish were available on other trim levels. Still, all those other trims come standard with all-wheel drive, more ground clearance than most and a Slippery drive mode that calibrates various vehicle controls and systems for improved response on ice and snow. If looking for a small SUV, the Bronco Sport will be better than most during the winter. Again, it’s all about the all-wheel-drive system. The Pilot, along with its Passport and Ridgeline siblings, offer what is effectively a previous-generation version of Acura’s torque-vectoring all-wheel-drive system (see Acura RDX above). This gives it a leg-up on most of its three-row crossover SUV competitors. We also like that it includes a dedicated Snow mode, and that it’s a bit more responsive to inputs (especially compared to the Subaru Ascent). Although the Pilot is getting on in years and is far from our top overall choice in its segment, when it comes to performance in ice and snow, it scores big. 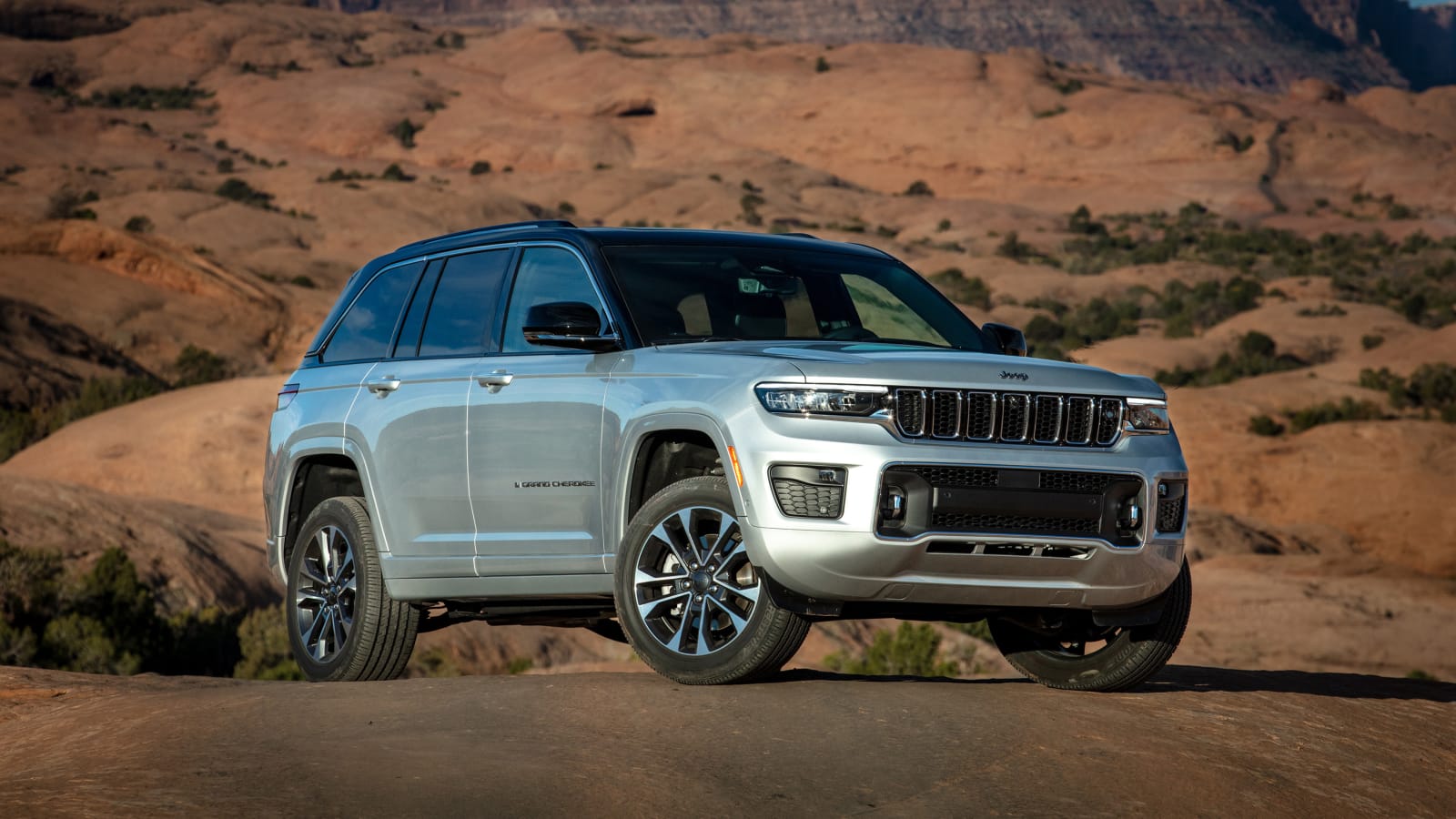 The Grand Cherokee and its seven-passenger Jeep Grand Cherokee L sibling are ready to tackle far more extreme conditions than most of their competitors. Among its three four-wheel-drive systems, the top-of-the-line Quadra-Drive II that’s standard on the Trailhawk and Summit, and optional on the Overland, includes an electronic limited-slip differential for the rear axle that enhances traction beyond the two Quadra-Trac four-wheel-drive systems. (Don’t worry too much about the technical differences between all- and four-wheel drive. When they operate automatically, as these do, it really doesn’t matter). The top JGC trim levels also include the Quadra-Lift air suspension, which as the name implies, cranks the ride height up — from 8.4 to 10.9 inches in the Overland, Summit and Trailhawk 4xe, and 11.3 in the gas-only Trailhawks. It’s rare for any crossover to crack the 8-inch mark. Jeep also includes a snow-specific Selec-Terrain drive mode as standard on all but the base Laredo. 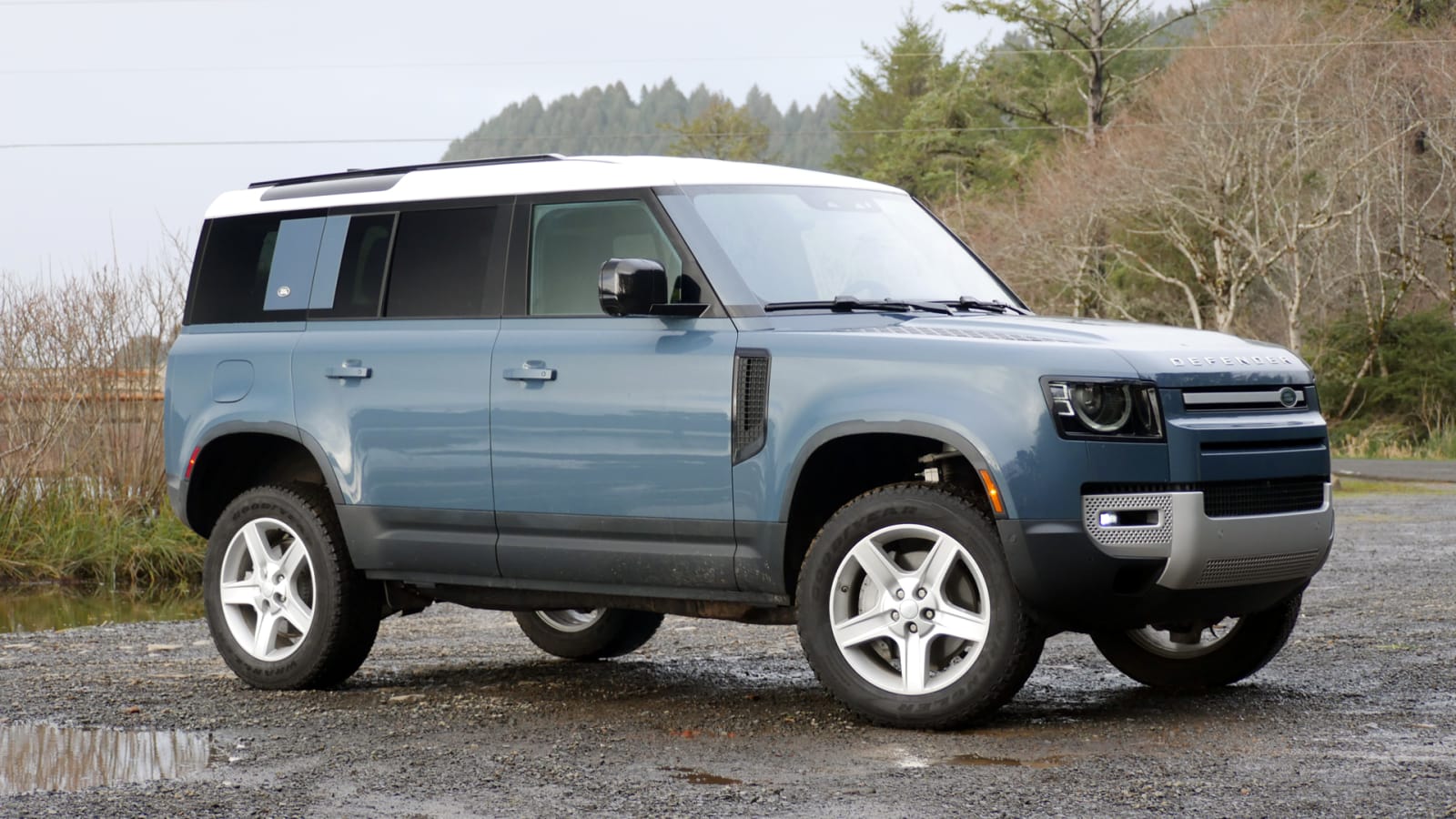 The Defender is a beast, capable of tackling just about anything thrown at it, especially when compared to similarly priced luxury SUVs. Importantly, it also has more reassuring control inputs than other dedicated off-roaders (Jeep Wrangler, Ford Bronco), which is a benefit in icy conditions. As for snow in particular, its standard air suspension lets you raise the Defender from 8.6 inches (higher than most SUVs) to a lofty 11.5 inches. Its off-road-intended camera systems should also come in handy while making sure you don’t run into anything unfortunate covered in snow. 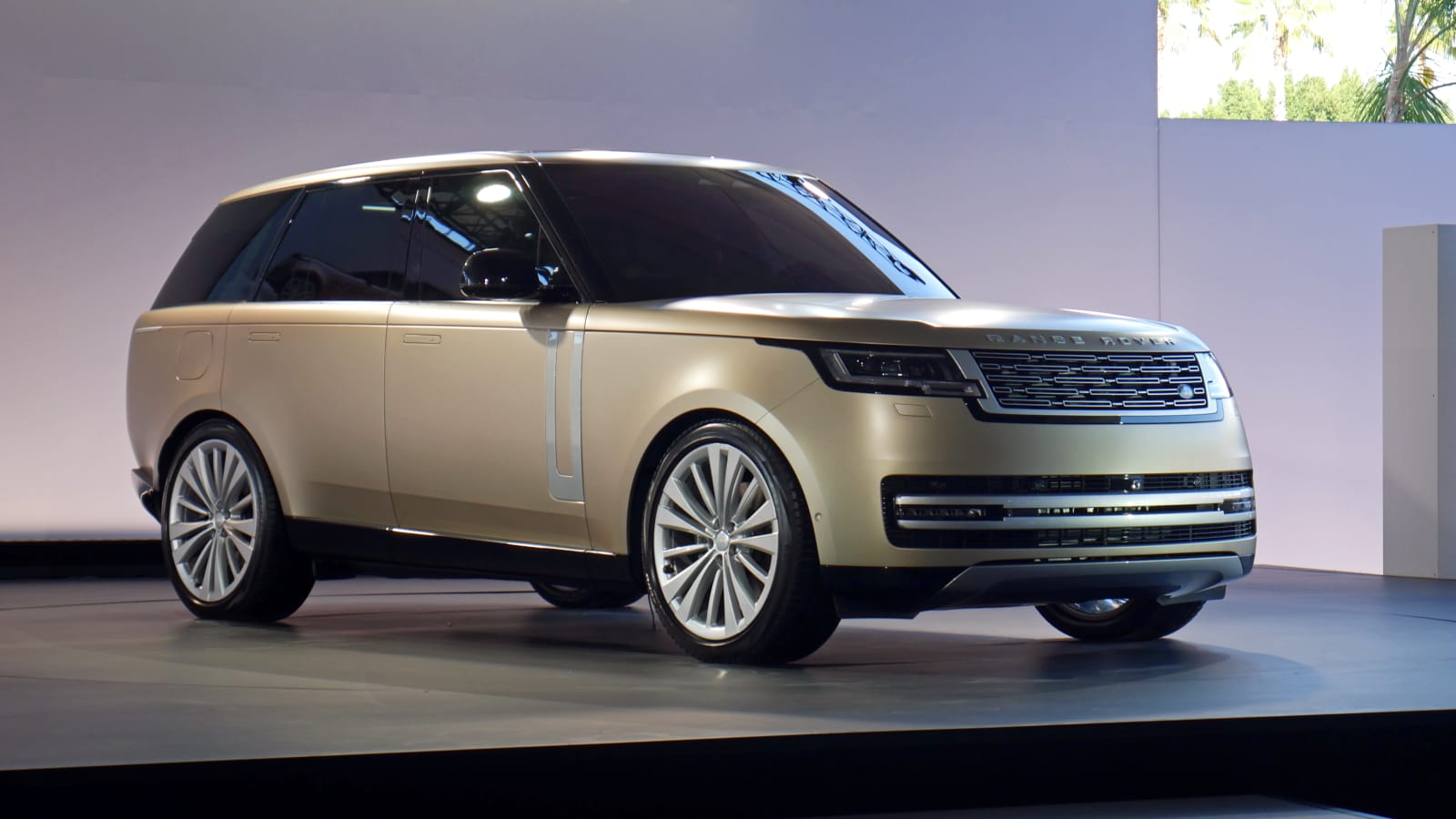 The Range Rover may not be as capable as the Defender, but many of the same attributes are present: height-adjustable suspension, snow-specific drive mode, off-road camera systems and better handling relative other off-roaders. That it’s an impeccably crafted super-luxury vehicle that’ll have you beating winter in the utmost comfort is icing on the icy cake. If we needed a vehicle to routinely ferry us to the local ski resort, it’s hard to think of a more appropriate vehicle. 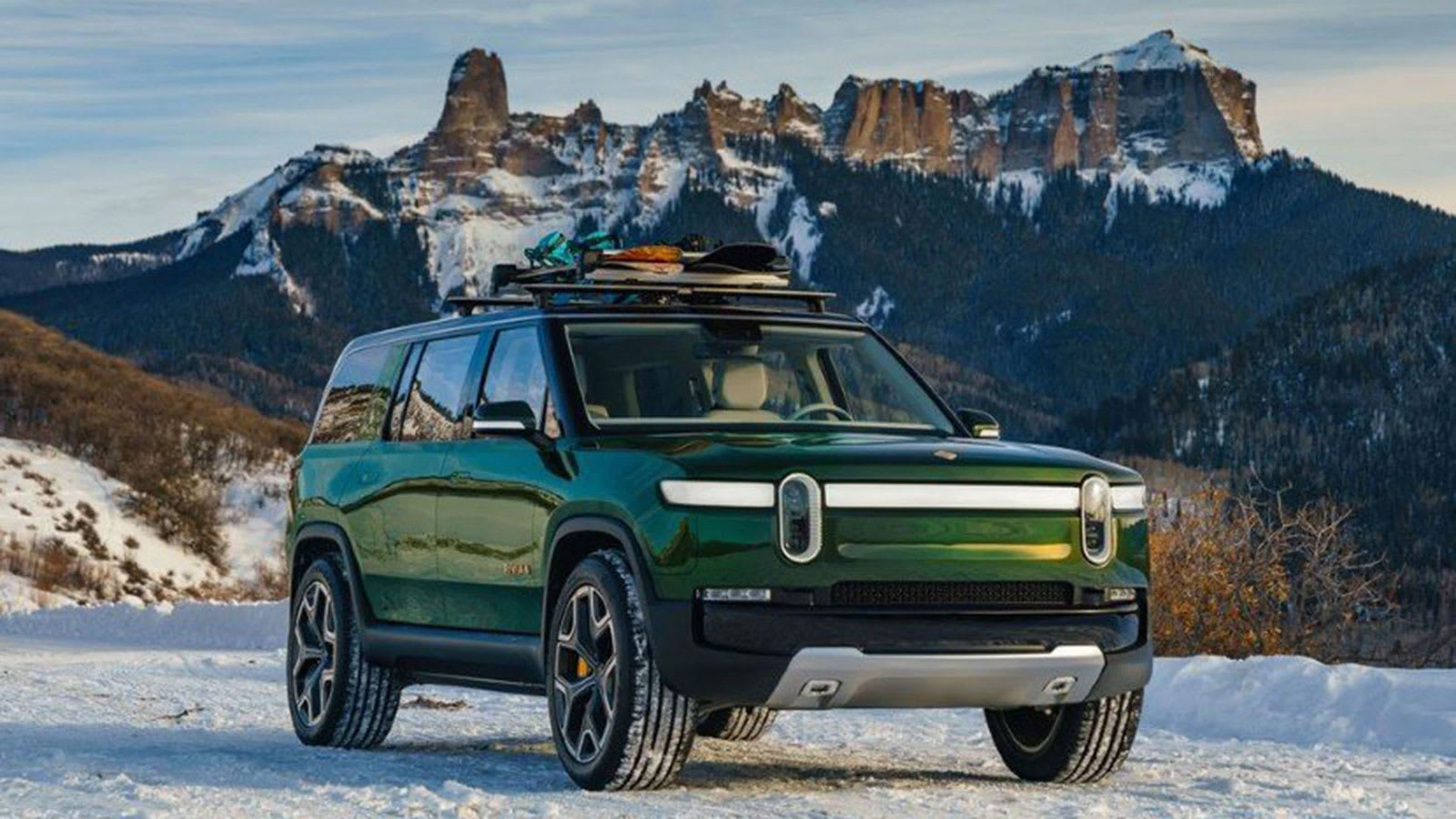 With individual motors at each wheel, the Rivian R1T truck and R1S SUV take torque-vectoring to a whole other level. It also has all-terrain tires (not the same as winters, but definitely capable in snow), an absurd 6.5 inches of ride height adjustment that takes it up to a towering 14.9 inches, and a surprisingly low center of gravity and exceptional handling that make it more reassuring to drive in inclement weather than other big trucks and SUVs. Interestingly, there’s no dedicated snow mode among its eight drive modes. We should also mention that among electric vehicles, the Rivian’s lengthy range of 314 miles means you’ll still be left with quite a lot after the inevitable reduction caused by cold temperatures. 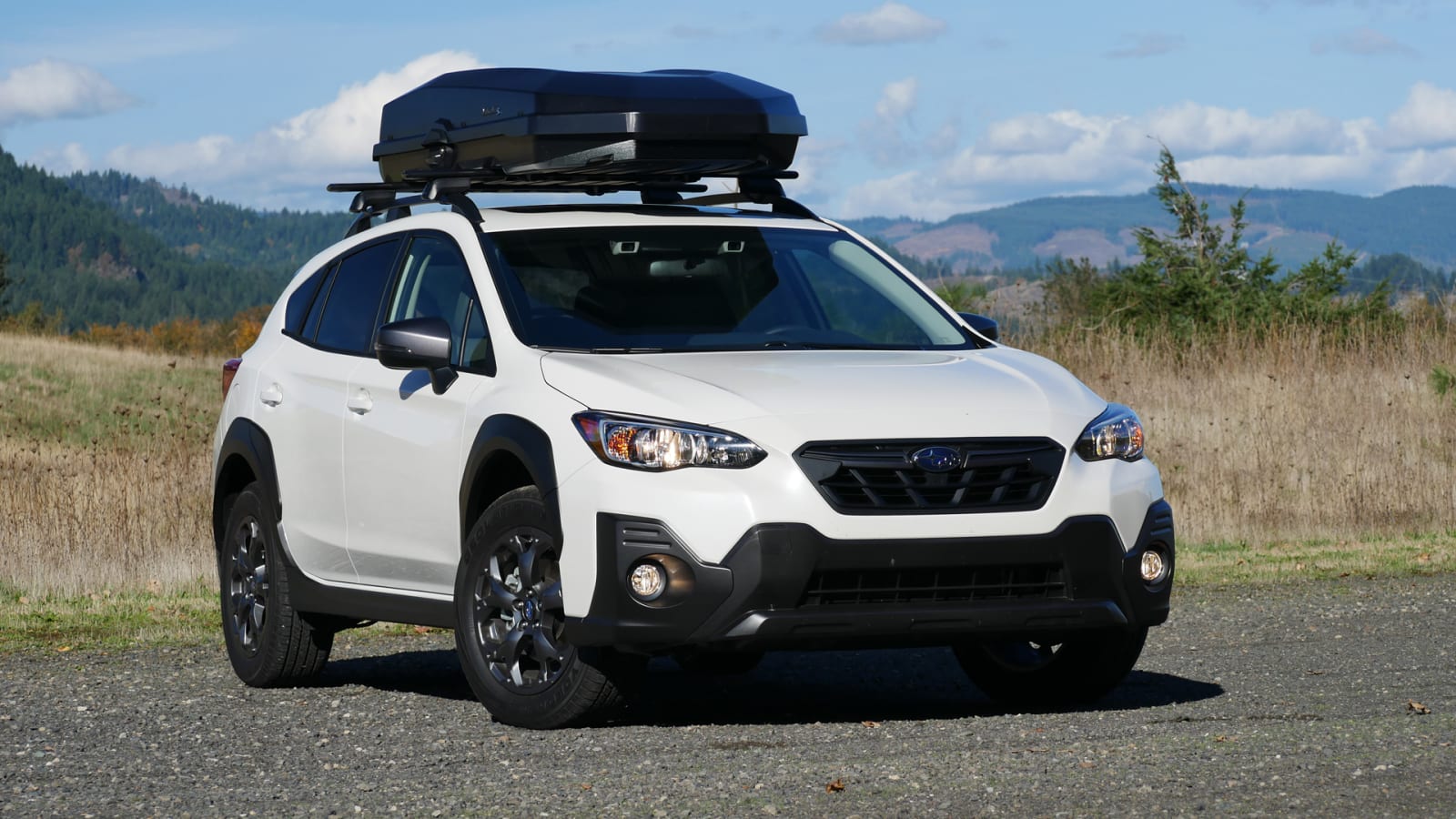 Take a humble compact hatchback with standard all-wheel drive and add an almost comical amount of ground clearance. That’s the Subaru Crosstrek. From Vermont to Colorado and up to Alaska, it’s not just shrewd marketing that sees Subaru so popular in snowy climates. They are genuinely snow-ready (in large part to the Symmetrical All-Wheel Drive system that continually routes power to all wheels rather than just reacting to slippage), and also well-suited for carrying gear should you be driving to the snow rather than just doing your best to suffer through it. Although any Suburu not named BRZ would be better in this regard than most cars, the Crosstrek stands out because it’s available at such a low price ($24,920 for an automatic-equipped base car) and gets substantially better fuel economy than everything else on this list. Besides its standard AWD and lofty ground clearance (8.7 inches is taller than most SUVs and the same as the Forester, Outback and Ascent), the Crosstrek can be enhanced with a Deep Snow/Mud setting in the Sport trim level that also adds the much better 2.5-liter engine. 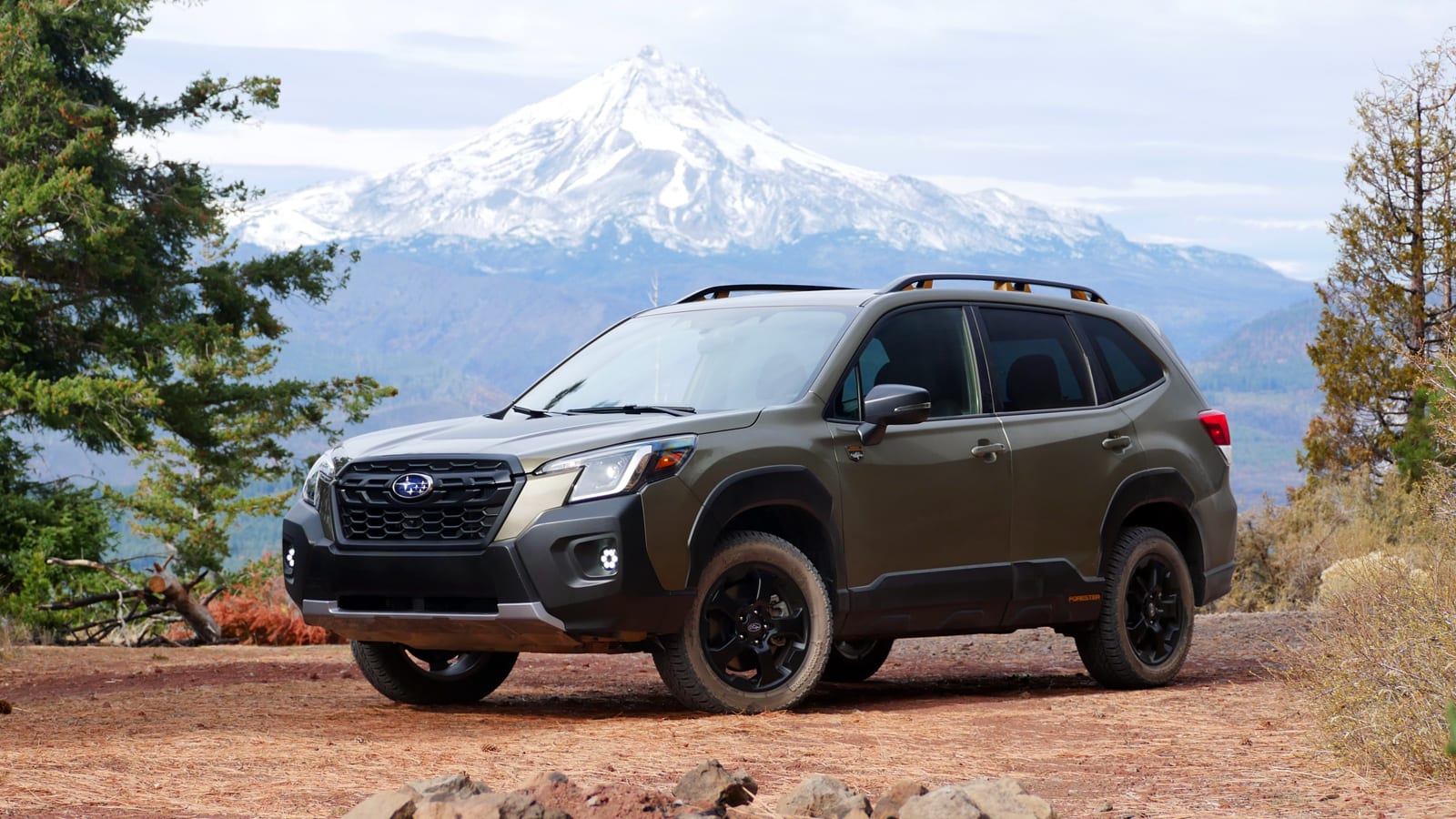 The Subaru Outback is pretty good, too, but we prefer the Forester’s more responsive steering when confronting sloppy conditions. The Forester is also a compact SUV, versus whatever wagon/crossover/other description you prefer for the Outback, which makes it more relevant for the SUV-hungry buying public. Much of what we wrote above regarding the Crosstrek applies here, but in a bigger package. Its Deep Snow/Mud mode is also standard on most trim levels, and there’s the new Forester Wilderness (pictured above) that really steps things up with even more ground clearance, standard all-terrain tires (not the same as winter tires admittedly) and water-resistant interior surfaces. Among compact SUVs, this is your best snow bet. 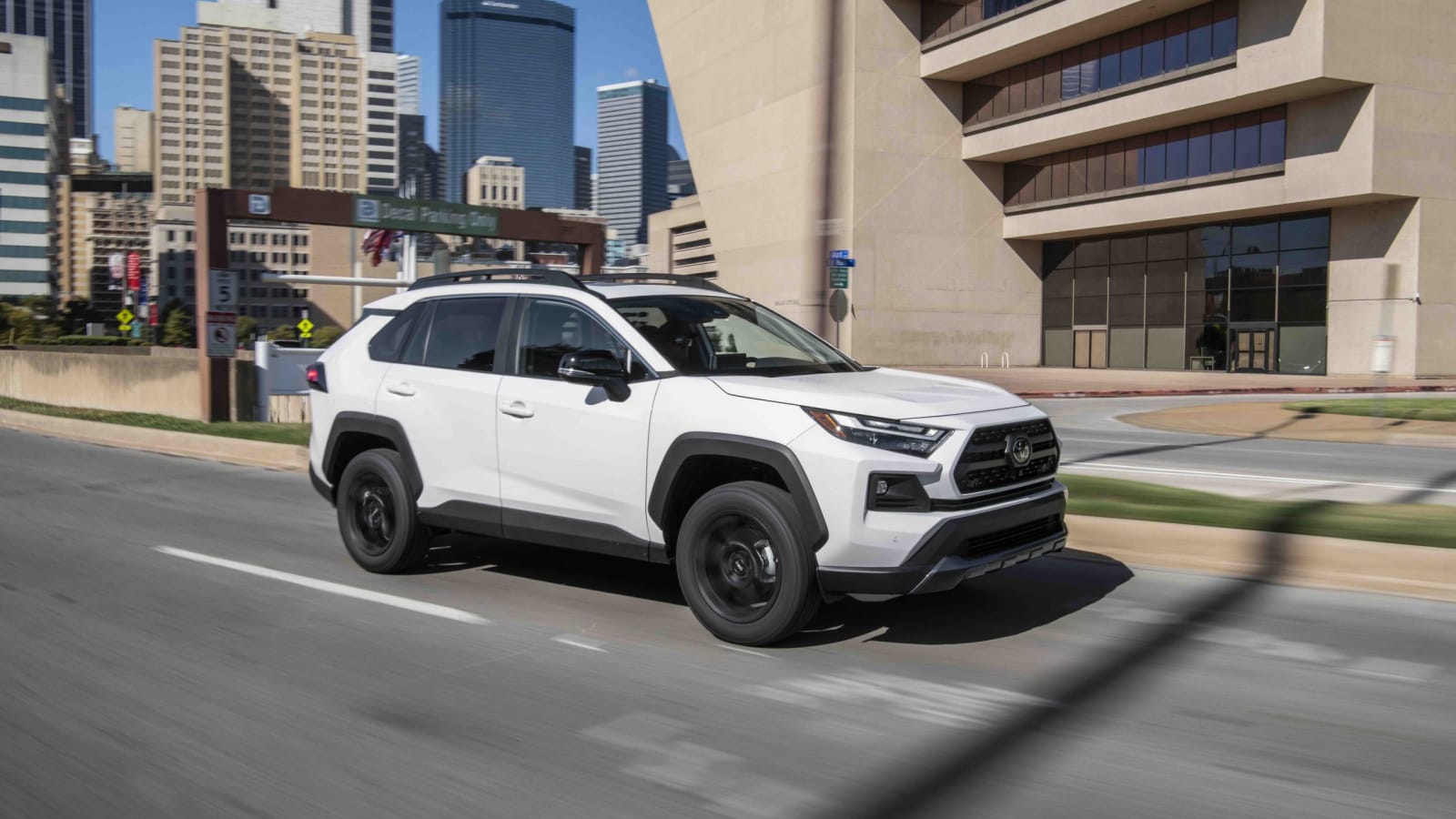 Unlike the Forester, choosing the RAV4 here comes with the caveat that it depends on the trim level. Both the Adventure and TRD Off-Road (pictured above) come with extra ground clearance and more capable tires, plus a Snow drive mode and, crucially, a more advanced torque-vectoring all-wheel drive system. Those latter two items are also included on the Limited trim level. So, the RAV4 can be one of the best choices, or it can be a perfectly acceptable choice (including the RAV4 hybrids, which are all all-wheel drive). Like the Audi A4 Allroad, the V60 Cross Country is a lifted wagon that provides greater capability than the typical car and more reassuring handling than the typical SUV. All-wheel drive is standard and there’s an appreciable increase in ground clearance. It’s also a Volvo, and if anyone is going to know how to make a car for snow, it’s the Swedes. This author actually drove the V60 Cross Country near the Arctic circle in Sweden, taking laps on a road course set out on the frozen Baltic Sea and traversing backwoods roads covered in ice. Sure, I drove into a ditch, but sometimes not even the gnarliest, studded winter tires can save you from the terrors of winter. 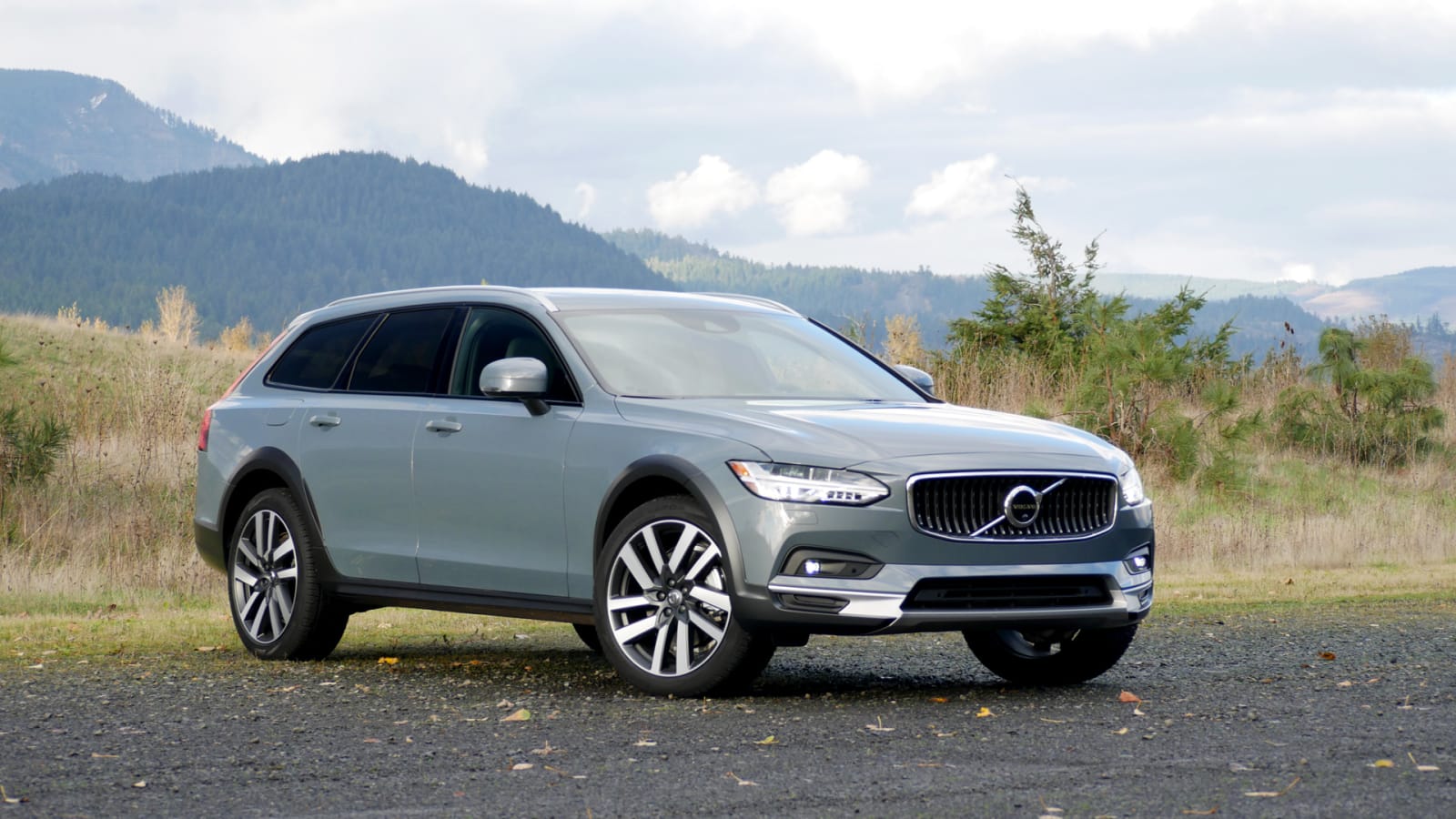 The V90 Cross Country is more comfortable, spacious, refined and powerful than its V60 sibling. It’s also a far more capable wagon than its Audi A6 Allroad and Mercedes-Benz E 450 All-Terrain competitors, which have barely any practical advantage over a regular old wagon. By contrast, the V90 Cross Country rides much higher and will do a better job of clearing deep snow. As a wagon, though, its lower center of gravity can make you feel a little more connected to the road … or rather, ice. Also, its lower roof makes it much easier to load skis onto a rack or carrier, just in case you’re purposely driving into the snow rather than simply surviving it.