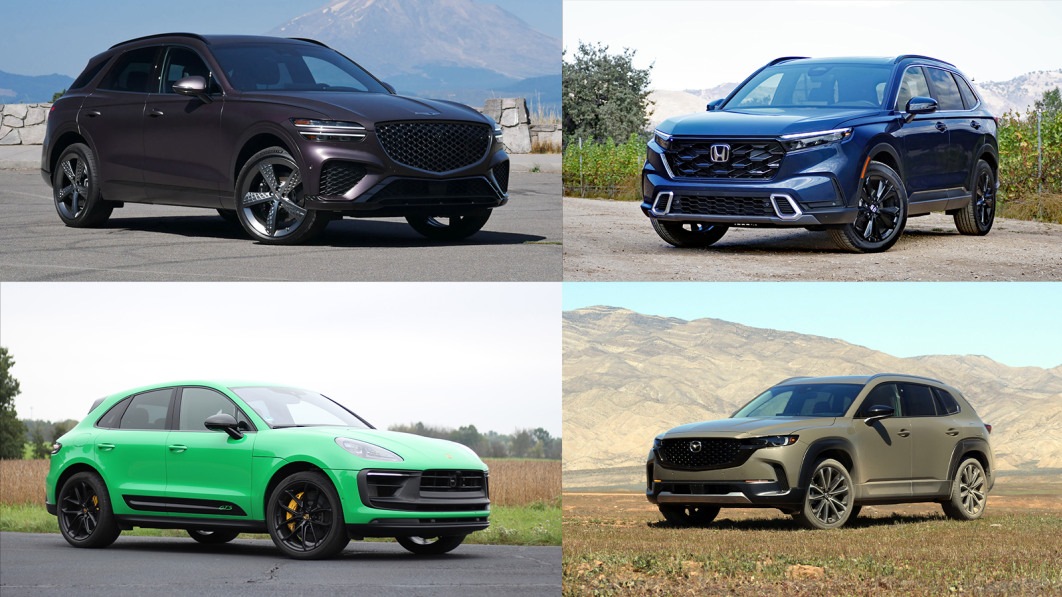 Compact SUVs are now the go-to choice for family transportation. Actually, considering how popular they are, they have clearly moved beyond only family duty. With such popularity, though, comes an awful lot of competitors, and it can be difficult to figure out which one might be the best compact SUV for you.

It’s important to note that by “compact SUV” we’re talking about a specific segment. As we describe in our more comprehensive “Best small SUVs” list, there are two smaller sub segments: subcompact and midcompact. Frankly, today’s segment of compact SUVs isn’t exactly compact — some have more cargo space than vehicles that are considered midsize based on their exterior dimensions. They’ve all grown considerably over the years.

While many lists out there just rattle off every vehicle available in a segment, we thought we’d be a bit more helpful and curate your shopping a bit with our top-recommended choices for the 2023 model year. We’ve included both mainstream and compact luxury SUV choices. 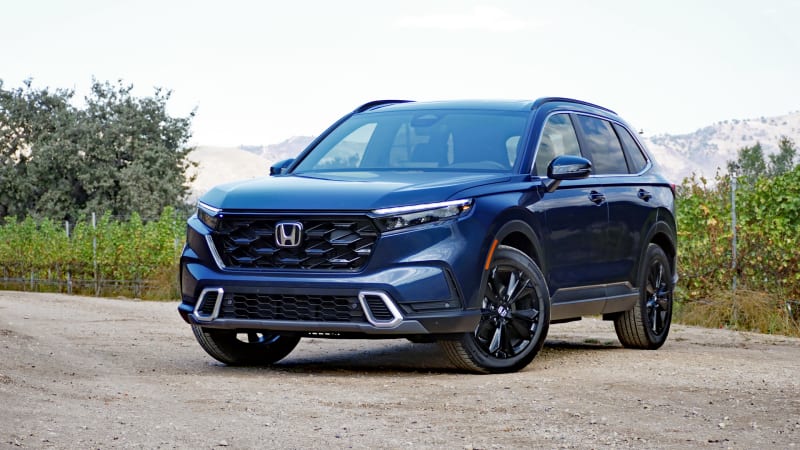 Why it stands out: Best-in-class space, strong-yet-efficient base engine, excellent hybrid option, middle lower LATCH anchor
Could be better: a bit dull, gets pricey

Consider the CR-V the baseline for any compact SUV search, and look extra closely at the superb CR-V Hybrid option. Objectively speaking, it’s tough to beat due to its massive cargo capacity, voluminous back seat, strong-yet-efficient engines, well-balanced driving dynamics, competitive pricing and features, strong safety ratings and well-regarded reliability. It’s easy to see why it continues to be such a best-seller: for the vast majority of compact SUV buyers, and especially families, it checks every box. Of course, people don’t make buying decisions based solely on objective criteria, so you may find it a little generic to look at or drive, be put off by its pricing, or some other reason only you can think of. That’s why other choices exist, including the next pair of small SUVs that may satisfy those subjective wants a little better. 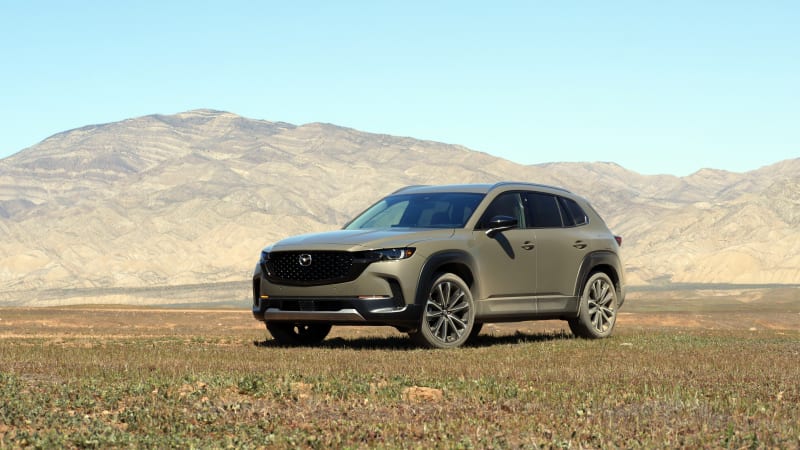 Why it stands out: Budget Porsche driving experience; luxurious cabin; powerful turbo engine upgrade
Could be better: Less cargo, passenger and storage space; infotainment system won’t be for everyone

Basically, the CX-50 delivers in areas where the CR-V falls short: style and driving fun. It can also be considered an alternative to luxury compact SUVs. It all starts with its sportily rugged styling and carries inside where its handsome design and plush materials are a clear step up from others at its price point. Then, when you’re behind the wheel, the CX-50 impresses with engaging driving manners that we’ve routinely described as indicative of a “budget Porsche.” Furthermore, its available turbocharged engine even has as much or more power as several similarly sized luxury models. Now, it doesn’t have as much passenger or cargo space as the CR-V or RAV4, so it won’t be for everyone, but it should definitely be considered. Much of the above could also be said for the CX-5, but the CX-50’s slightly larger proportions, improved off-road driving chops and nicer interior make it our preference between the two. 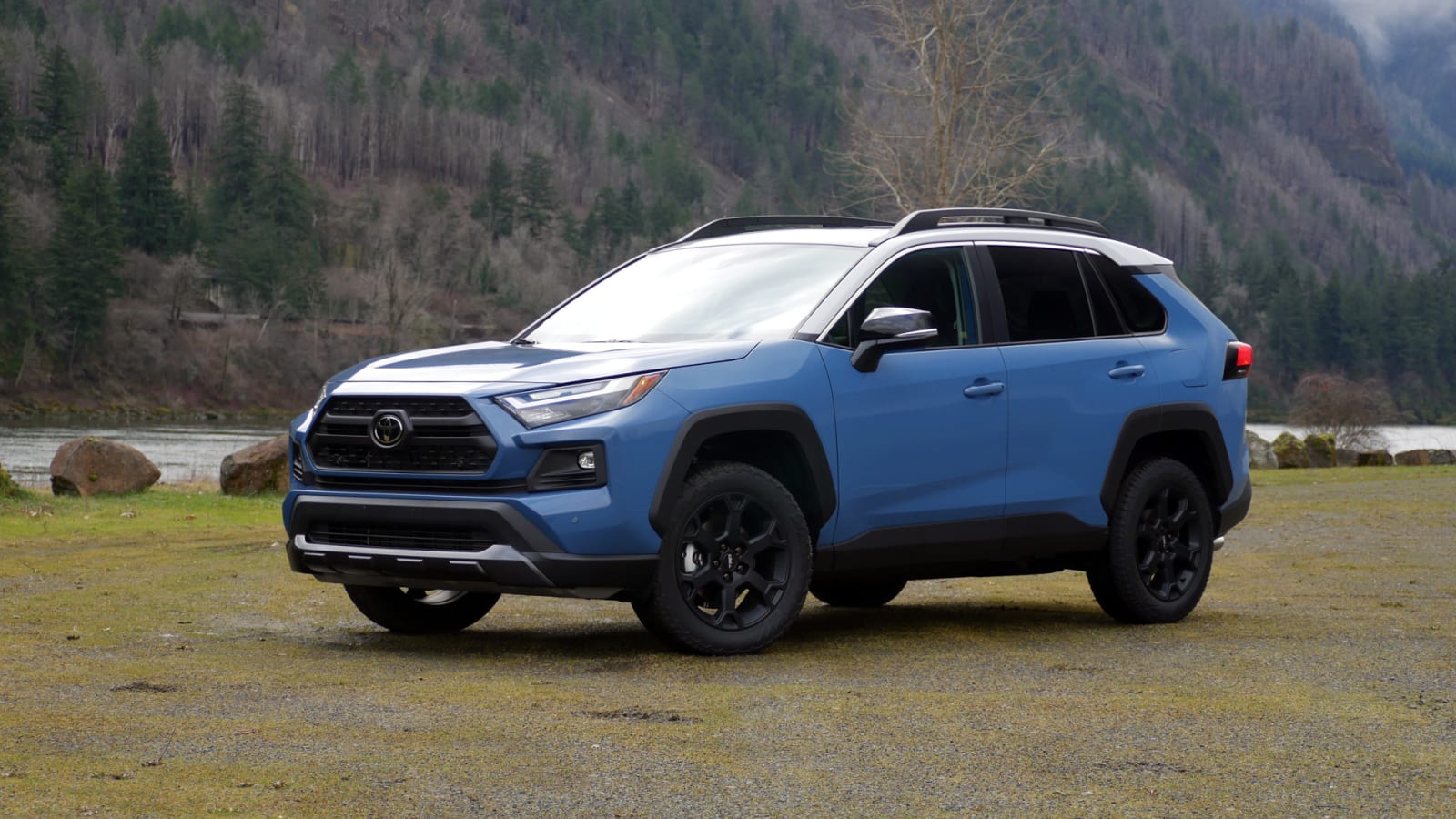 Why it stands out: Unmatched variety of models including two hybrids; spacious back seat and cargo area; reliability
Could be better: Unrefined base engine; antiquated tech interface

The RAV4 has more passenger and cargo space than most. It’s comfortable and surprisingly responsive to drive. Its interior is well built with quality materials, and offers user-friendly controls and abundant storage. Its resale value and reliability should be better than almost anything on the road. Those are all the basics that the RAV4 nails, but the latest version really stands out by offering an unparalleled variety of models. From the run-of-the-mill RAV4 LE or XLE you can go in different directions toward the more rugged Adventure and TRD Off-Road models, or toward the sporty XSE Hybrid and Prime. And those latter two are particularly significant, as the RAV4 is the rare small SUV that’s not only available as a hybrid, but as a plug-in hybrid (Prime) as well. The Ford Escape, Hyundai Tucson and Kia Sportage are the others. We like that there’s a little something for everyone with the RAV4. 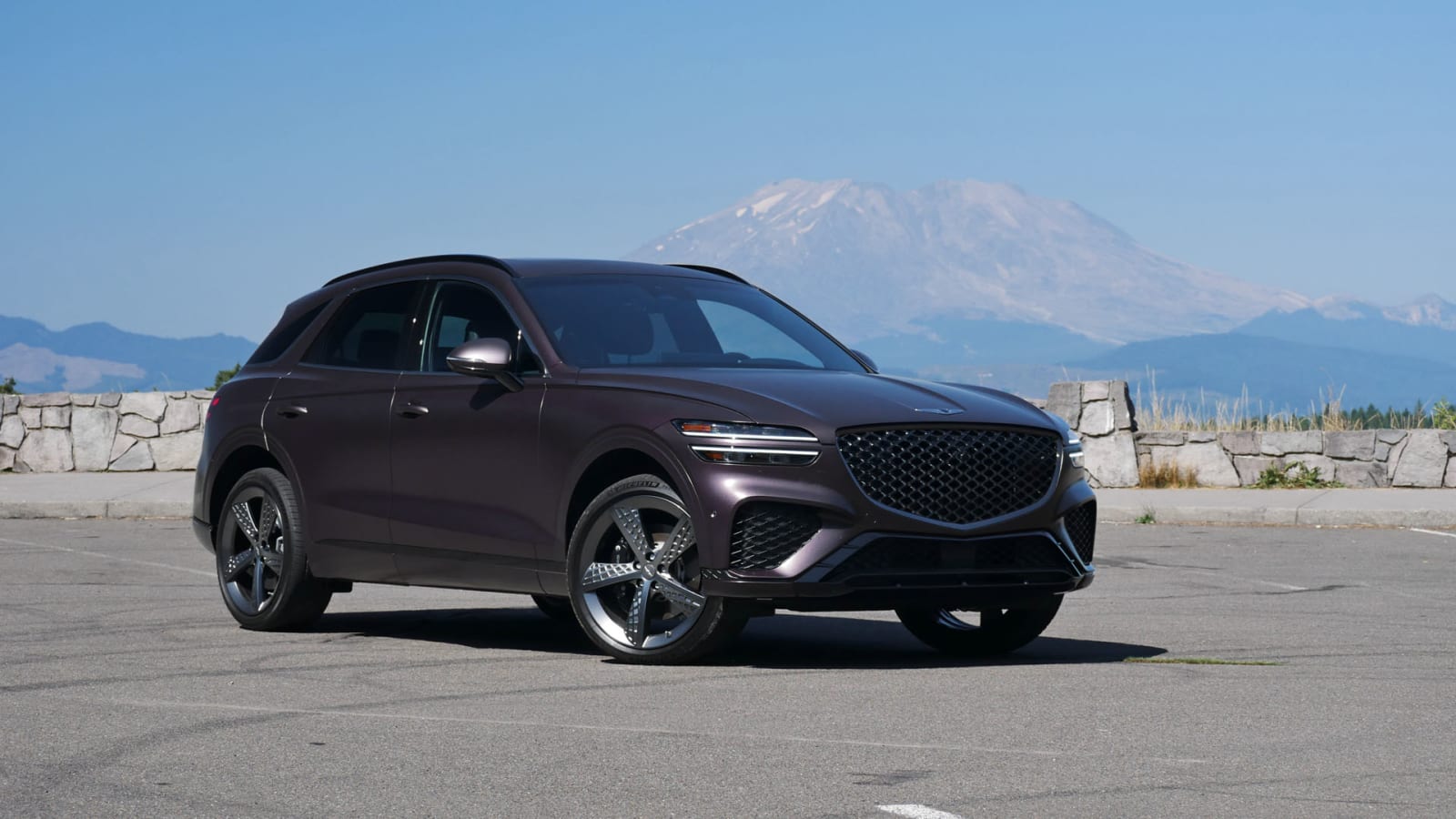 Why it stands out: Beautiful interior; user-friendly tech; sophisticated road manners
Could be better: Merely average back seat space; not as sporty as it looks

The GV70 is a genuine, real-deal challenger for the overall excellence demonstrated by the Mercedes GLC and Porsche Macan, including offering a high-powered version. Although technically cheaper than German models, this isn’t a value play — it still has a higher price than those from Acura, Lexus and Infiniti, and features a plusher interior and more sophisticated engineering that warrants it. Its distinctive looks and beautiful interior really stand out (check out the purple, green and blue interior choices), and its rear-wheel-drive platform can be augmented by a smooth, massively powerful turbo V6 and a high-tech adaptive suspension that not only reacts to road imperfections but anticipates them. 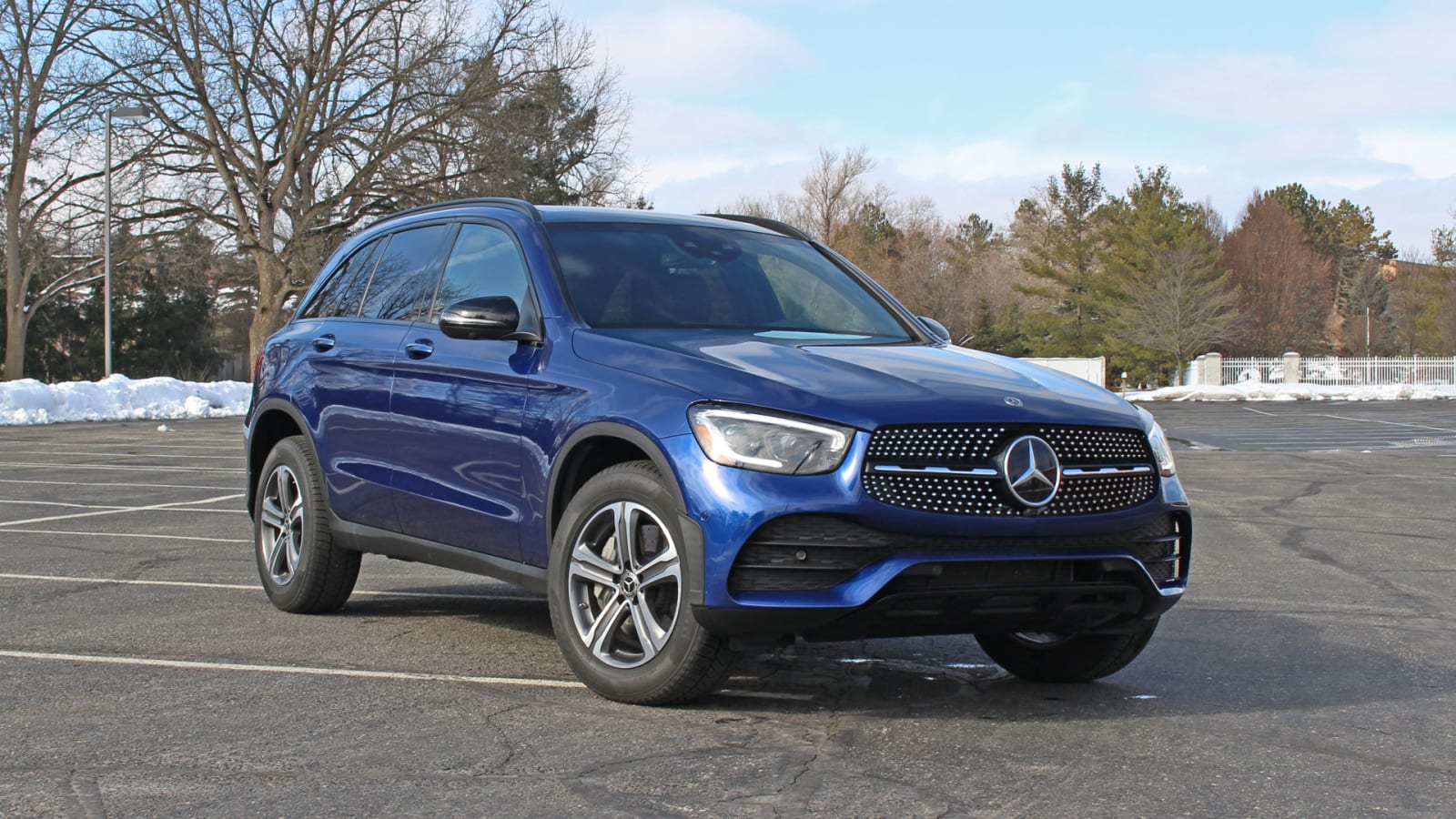 Why it stands out: Drives like a proper Mercedes; stylish interior; diverse model lineup
Could be better: Overwhelming and confusing tech interface; interior space

The GLC was so masterfully executed when it was introduced seven years ago that it continues to impress despite numerous competitors entering the field or being redesigned since. Principally, the GLC is so good because it looks, drives and is equipped like a proper Mercedes. Sure, checking a few options boxes helps to fully achieve that status, but even the most basic GLC drives with a solidity and refinement that’s largely unmatched, and possesses a stylish interior dominated by an elegant waterfall of wood trim. It’s not quite as tech-dominant in appearance as other Mercedes, but it does include nearly all of Mercedes’ safety and infotainment tech features, including (for better and worse) the pretty but confusing MBUX tech interface. Two body styles (regular and “coupe”) and three engine options (including two AMG models) provide a lineup diversity only the BMW X3/X4 can match. 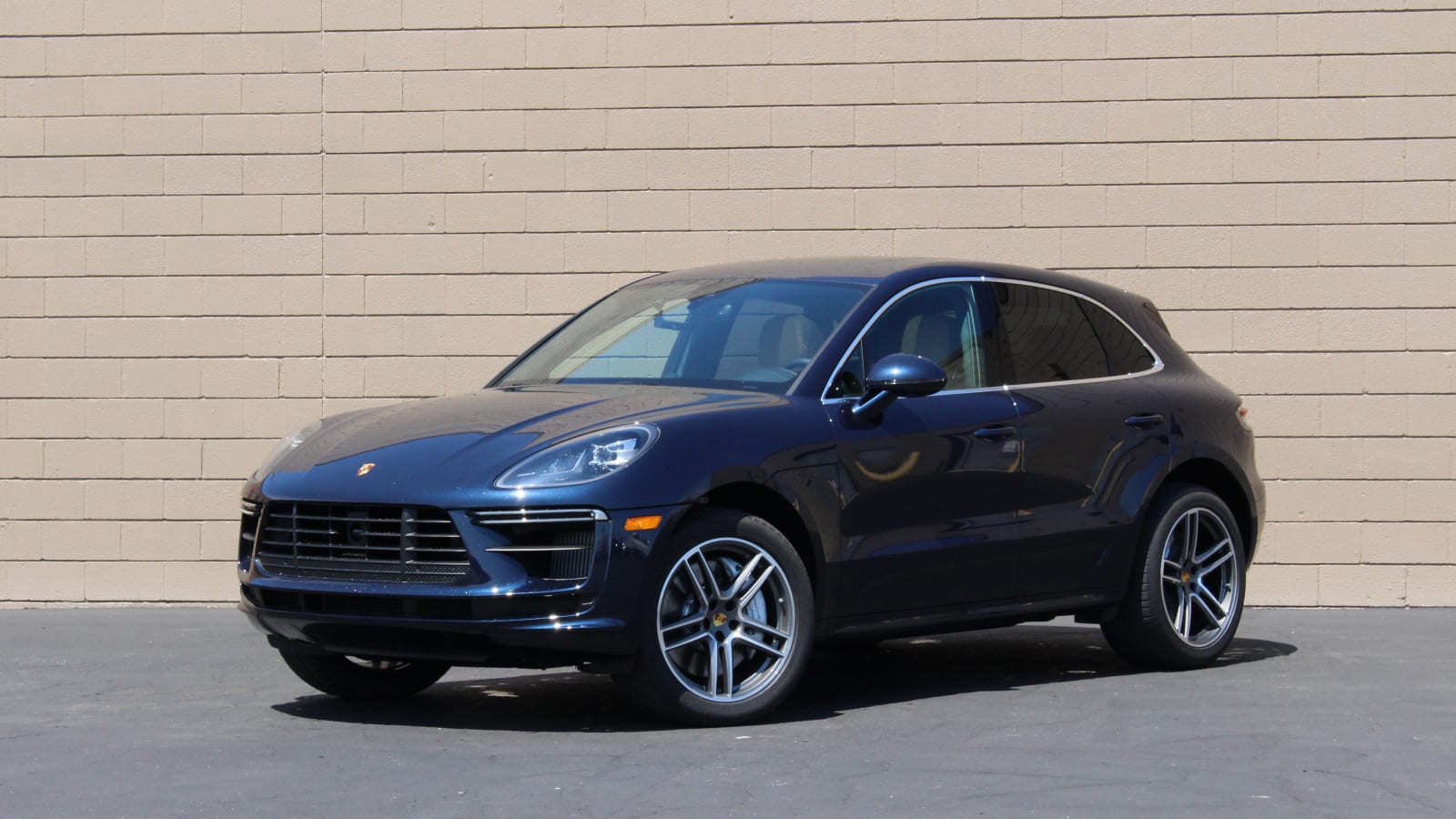 Why it stands out: The best compact SUV to drive; Porsche quality and customization potential
Could be better: Expensive before you even get to the exorbitantly priced options; small interior

Taken literally, the Porsche Macan is almost certainly the best compact luxury SUV. The way it looks, the way it’s made and, most significantly, the way it drives would make it a no-brainer if we were shopping for a compact SUV … and didn’t have to worry about a budget. Ah yes, there’s the rub. As exceptional as the Macan is, it’s still a Porsche, which means that it delivers pretty dismal feature content and space for the money. The base four-cylinder model in particular is a questionable value. So, is it the most sensible choice? No, but then, this isn’t the “Most Sensible Luxury SUV” list. It’s about the best. The Macan is one of them. 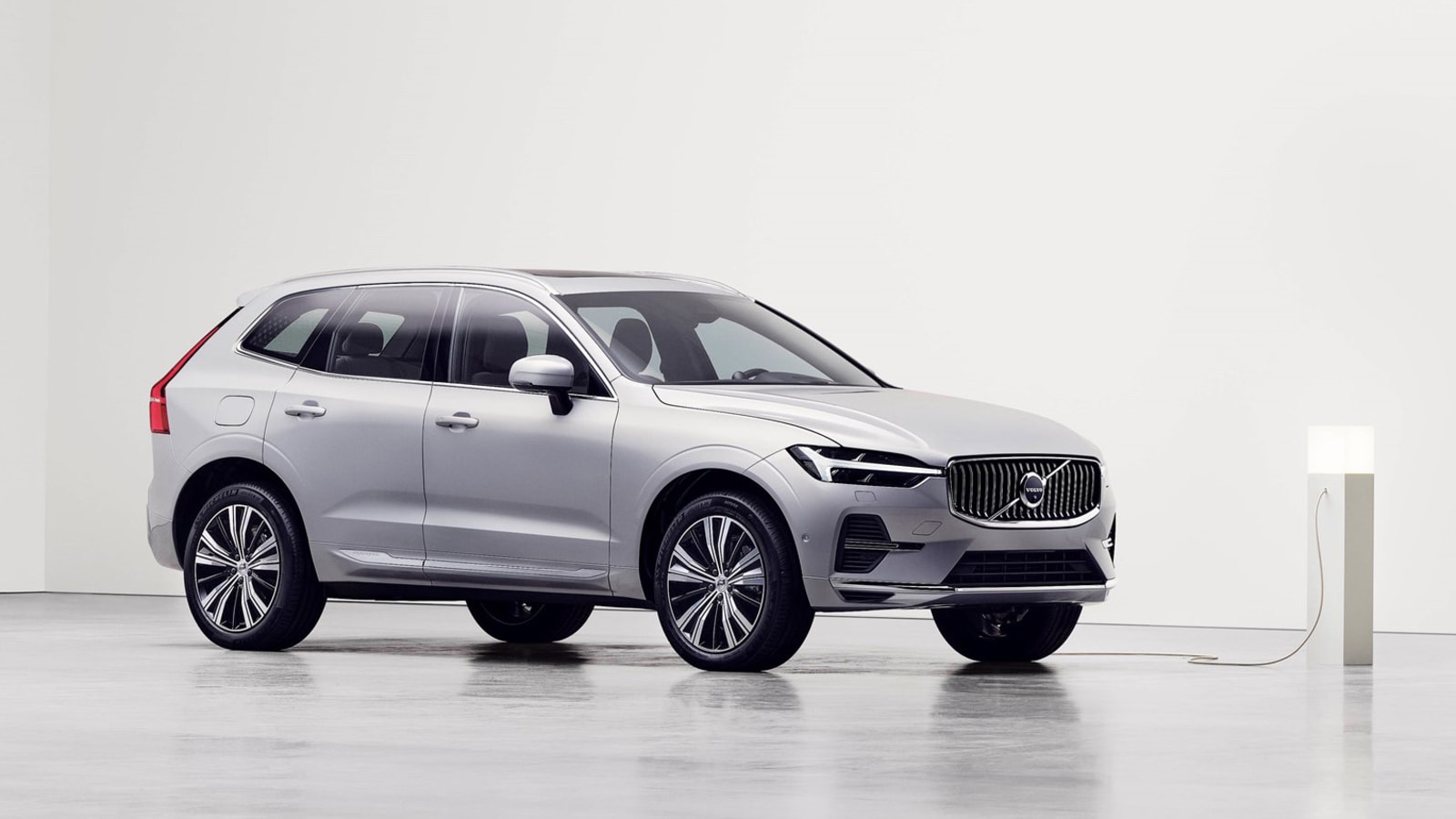 Why it stands out: Scandinavian design; more space and features for the money; great plug-in hybrid option
Could be better: Infotainment isn’t for everyone; unremarkable handling

OK, so sometimes it is about being a bit sensible, and the XC60 is more so than most. It’s more spacious than the norm and (surprise!) this Volvo boasts safety credentials that should please fretful parents everywhere. It’s also pretty fuel efficient, and even available with an excellent plug-in hybrid model dubbed Recharge. But the XC60 also isn’t some uber-utilitarian boxy Volvo of old. The styling is timelessly beautiful, and its interior oozes Scandinavian cool. Quality and feature content are also fully in keeping with the bigger, pricier XC90. Basically, the XC60 is one of the more sensible choices in the segment, but also one of the best.