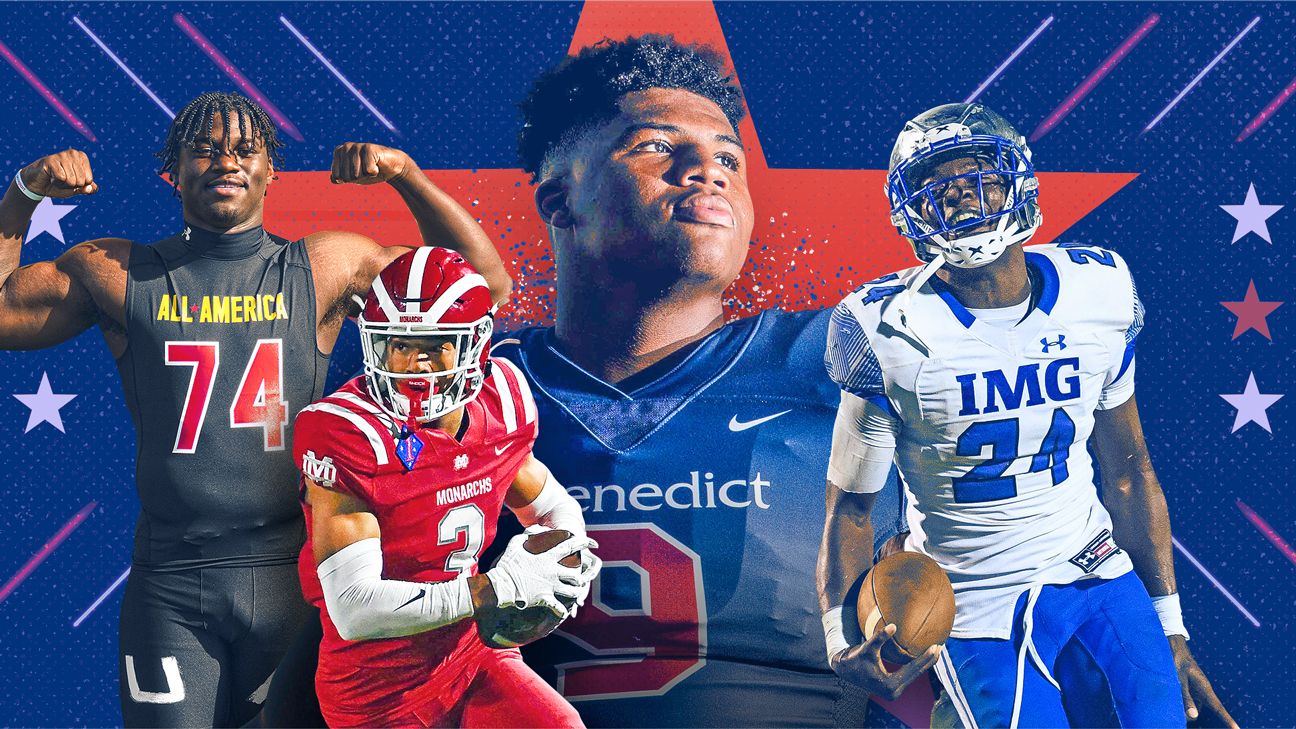 College football’s early signing period begins Wednesday and lasts until Friday. High school recruits are able to sign their national letters of intent to lock them into the colleges of their choice.

This is the fifth year in which college football has held an early signing period, although Big 12 commissioner Bob Bowlsby recently said it is a possibility that the recruiting calendar reverts to its old way of having only one national signing day, on the first Wednesday in February.

Recruits this cycle had to navigate through a mandated dead period for over a year due to the COVID-19 pandemic. Some have also had to handle the task of navigating where they will sign amid a turbulent coaching carousel.

Safety Kamari Wilson and wide receiver Shazz Preston, both five-star prospects, are among the recruits who will announce their commitments during ESPN’s signing day special (3 p.m. ET, ESPN2/ESPN App).

We will keep you updated with news, analysis, highlights, updated class rankings and more throughout the next few days.

We’ll be updating our class rankings throughout the day, so stay tuned to see how the latest signings affect your team.

• Maryland flipped ESPN 300 linebacker Jaishawn Barham, the nation’s No. 65 player, only four days after he committed to South Carolina.

Michigan State announced Tate Myre, a Class of 2023 player who was one of the four victims of the Oxford High School shooting, as an honorary member of the Spartans’ recruiting class.

Change of plans, staying home. I would like to thank Coach Salazar, Coach Vasek, and Coach Dodge for making this happen. Looking forward to the future 🤘🏼 pic.twitter.com/Xz9UwRpb7j

Three-star wide receiver Marquarius White, who goes by the name Squirrel, signed with Tennessee on Wednesday, and defensive scouting coordinator Trey Johnson is among those who are excited.

How do you celebrate flipping four-star wide receiver Amorion Walker from Notre Dame to Michigan? A gif of a stick figure doing cartwheels/flips, of course, just like Ron Bellamy did.