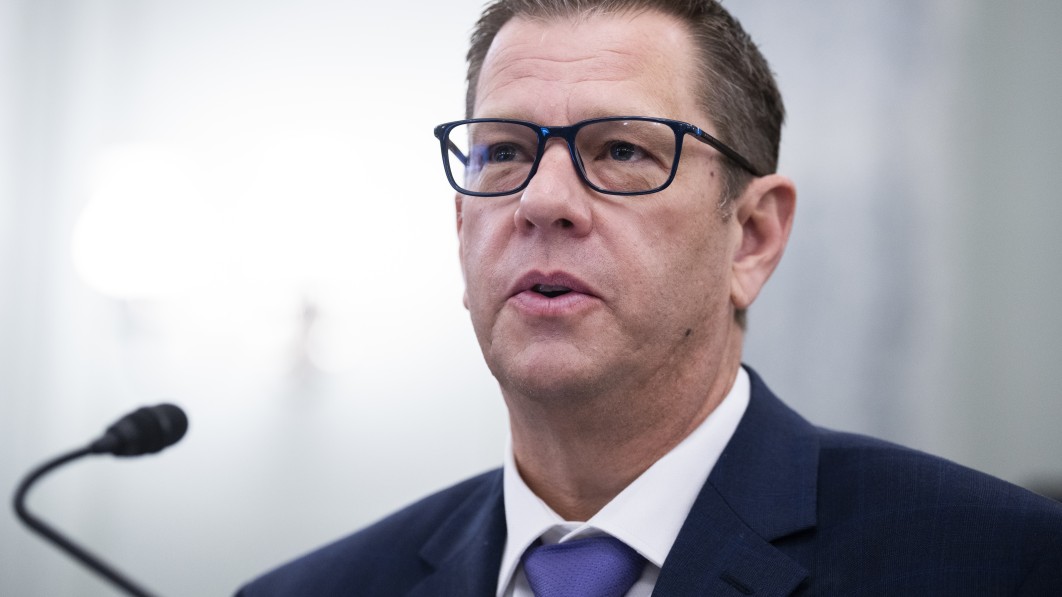 WASHINGTON — President Joe Biden’s pick to run the nation’s highway safety agency pledged Thursday to attack a crisis of fatal car crashes by implementing safety rules to deter impaired driving while scrutinizing fast-emerging automated technologies, such as in Tesla vehicles, that could put people at risk.

Steven Cliff, a former California pollution regulator, said he was “gravely concerned” about an unprecedented rise in deaths due to reckless driving in the coronavirus pandemic.

He said if confirmed as head of the National Highway Traffic Safety Administration, he would work to immediately adopt regulations such as those urging seatbelt use, and would implement mandates under the new infrastructure law for technologies to reduce drunken driving.

“I am committed to turning this around,” Cliff told the Senate Commerce Committee, referring to the crash trend.

He said the infrastructure law will help by increasing NHTSA’s budget by 50%, with money used to boost staffing and improve U.S. data collection to understand where and how crashes happen.

An estimated 38,680 people were killed in traffic crashes in 2020, the most since 2007, even though total miles driven dropped at the beginning of the pandemic. In the first three months of 2021, 8,730 people died in motor vehicle traffic crashes, a 10.5% increase from the same period last year.

The Associated Press reported in October that the agency is struggling with a growing backlog of safety rules ordered by Congress that are years overdue and could save thousands of lives. An AP review of rule-making by NHTSA under the last three presidents found at least 13 auto safety rules past due, including a rear seatbelt reminder requirement passed by Congress in 2012 that was to be implemented by 2015.

Currently the agency’s deputy administrator, Cliff is expected to get broad support from the committee but faces delays in final confirmation, along with a number of other Transportation Department nominees. Sen. Rick Scott, R-Fla., has said he will hold all Transportation and Commerce nominees until he receives more information from the Biden administration on efforts to fix delays in the U.S. supply chain. A “hold” prevents a motion from moving to the Senate floor and typically must be overcome with 60 votes, a time-consuming process.

Cliff on Thursday suggested the Tesla probe could take months and declined to say what enforcement actions might be taken. But in a likely warning shot to its CEO, Elon Musk, Cliff stressed that the agency won’t allow safety to be lost in the name of innovation. In recent months, the chair of the National Transportation Safety Board, Jennifer Homendy, has been critical of Tesla, saying its description of “Full Self-Driving” for its latest driver-assist system was misleading and urging NHTSA to take action.

NHTSA is looking into a complaint that Tesla’s “Full Self-Driving” software nearly caused a crash. The company is allowing owners to test the software on public roads. And NHTSA is investigating why Teslas using the company’s Autopilot system have crashed into parked emergency vehicles even though their warning lights are flashing.

“I want to make clear that no vehicle that is available for purchase today is capable of driving itself. There’s nothing that can replace a fully attentive driver in vehicles today,” Cliff said, speaking of the agency’s stance toward enforcement. While automated driving technology in the future holds much promise for reducing car crashes, he said, “we can’t forgo safety in the interim.”

A message was left Thursday seeking comment from Tesla, which has disbanded its media relations department. Tesla has said in the past that neither “Full Self-Driving” nor Autopilot are fully autonomous and that drivers must be ready to intervene at all times. Musk said in January that he expected the “Full Self-Driving” system to drive more reliably than humans this year.