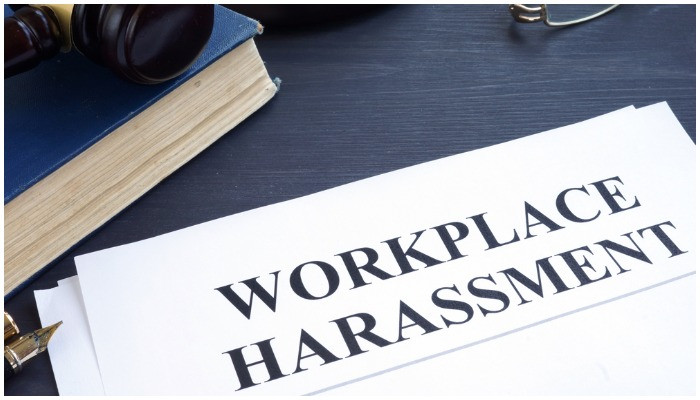 As the Parliament of Pakistan notified the Protection Against Harassment of Women at the Workplace (Amendment) Act, 2022, and officially enacted it into law, legal experts say that it has been a “revolutionary step” as it has further increased and strengthened the ambit of the far weaker 2010 law.

The bill was drafted by the Federal Ministry of Human Rights (MoHR) with extensive input from women rights groups and lawyers. The amendments aimed to ensure and facilitate increased participation of women in the workforce and remove the lacunas present in the existing law.

The law was enacted by Parliament on January 14, while President Arif Alvi gave his assent to it on January 21. The law has now fully come into force.

Speaking to Geo.tv about the landmark amendment, renowned Pakistani lawyer Nighat Dad — who was part of the process to turn the bill into law — agreed that the amendments could safely be called a “revolutionary step” towards making the workplace safer for people, especially women.

Nighat said that after more than a decade, the country’s higher courts have interpreted that the existing Protection against Harassment of Women at the Workplace Act, 2010, was very “narrowly drafted” because of which many forms of harassment that working professionals faced could not be covered.

Another significant change that the amendments have introduced into the law is the expansion of the definition of an employee.

“Earlier, only those individuals were considered employees who had signed a contract with an employer or organisation but now, domestic workers — who usually work from home or go to others’ houses to provide domestic support — will also be protected under the law,” she said.

In the past, when domestic workers — who do not have a formal contract with their employers — faced any kind of harassment, they had nowhere to go as the law could not give them protection.

“Such workers could only file a complaint under the criminal laws of the Pakistan Penal Code (PPC),” she said. “It’s a great change as 70% of the workforce in Pakistan is part of the informal sector.”

Inclusion of students and artistes

Aside from domestic workers, the amended law will now protect students and artistes too.

There were so many cases where students faced harassment within universities, schools, and college campuses, but they were unable to report their ordeal as the institutional harassment committees would turn them down as they were not employees, Nighat said.

“Now, if students want to lodge harassment-related complaints about fellow students, teachers, professors, or staff members of their educational institutions, then they can go to the harassment committees which these institutions will form and their cases will be dealt with under the amended law.”

Nighat further explained that with the amendments, the enacted law will also recognise artistes, performers, freelancers, people who work online or remotely (without having to go to a physical office), volunteers, interns, fully-paid, part-time, and unpaid workers, who are in one way or another linked with an employer or organisation.

Another important inclusion into the law is the expanded definition of the workplace. From now on, a workplace will not just be a traditional office space but any place where an employee goes to work.

Explaining the broadened definition of the workplace, Syed Miqdad Mehdi, a high court advocate and a legal expert in children and women’s rights, praised the new amendments and said: “The law has redefined what the workplace means, so now, any open or closed space where a person goes for work would now be considered their workplace.”

Whether a person works for courts, bars, councils, offices, gyms, factories, highways, or any other place — all these places will now be considered workplaces, he said.

As against the 2010 law, the amended version will also ensure the protection of sportswomen at their workplaces.

“If a sportswoman is practising a game somewhere – be it cricket, football, tennis, etc. – the place where they go to practice will be considered their workplace now and the law will protect them against harassment,” Nighat explained.

Similarly, as far as artistes, performers, actors, and singers are concerned, not only the place where they perform will be considered the workplace but any locations, where they go for rehearsals, will also be considered a workplace.

The amended law has also clarified what constitutes a hostile environment.

“It has now been mentioned in the law that any type of harassment — whether its physical, sexual, or gender discrimination — creates a hostile environment which discourages an employee from performing their duties,” Nighat said.

Agreeing with her, advocate Samina Saeed, a high court lawyer who practices at the Rawalpindi bar, praised the amended law and said that due to the previous vague definition of what constitutes a hostile environment at the workplace, many women used to leave good, well-paid jobs as they couldn’t register their grievances properly.

“This law is a great initiative on part of the government as it will now make the workplace safer for everyone and will allow more women to join the workforce,” she said.

Another significant amendment made to the law is a direction note for ombudspersons and harassment committees whereby they can consider defamation cases – criminal or civil defamation – part of the harassment case as a form of retaliation.

So, for instance, if a victim files a complaint against an alleged harasser, and they — in turn — file a defamation case against the victim, then the move can be considered a form of retaliation on part of the alleged harasser.

“This was earlier not part of the law, so this is a huge change,” said Nighat. “The amended law will now give massive room to the judiciary and the ombudsperson to develop jurisprudence and interpret the law in a much more progressive and women-friendly way.”

The interpretations could even be based on feminist principles – so that workplaces can be made safer and secure for everyone, Nighat said.

A law for everyone

Shedding light on the scope of the amended law, advocate Mehdi said that the law is not going to be specific to women but it will protect everyone.

“In the amended law, the words man or woman have been replaced by the word person, so now harassment will not be considered gender-specific anymore,” he said. “Transgender persons will also be protected by this law now.”

Lauding the step, advocate Samina added that the amended clause will greatly benefit transgender persons who are often vulnerable to different forms of harassment.

“It is, indeed, a great initiative by the government and I applaud the efforts of the Federal Minister for Human Rights Shireen Mazari,” she added.

As explained by advocate Samina, under the law, the ombudsperson shall be liable to decide a case or appeal — depending upon the case — within 90 days.

“The law already suggests strict punishment for sexual harassment and now since the ambit of the law has been expanded, it will benefit the victims,” she said.

Samina said that the amended law has also addressed a lot of minor details which were not considered in the previous version of the law.

“The law has taken into consideration several aspects of workplace harassment, including social media harassment, staring, commenting on someone’s gender or face, making fun of them, or passing snide comments on someone,” she said.

As against the past, the law will also consider child-sensitive procedures.

“In Pakistan, a person must be 14 or 15 years of age to work, according to provincial labour laws. Now children will also be protected under the law if they face any form of harassment at their workplaces,” explained advocate Miqdad.

Under the new amendments, victims of workplace harassment will no longer be required to prove the pattern of harassment when filing a complaint.

“Whether it’s a one-time harassment incident or a pattern, both will be considered harassment under the law and it will have the same value in terms of making a solid case against the harasser,” Nighat explained.

Moreover, the amended law will also allow victims to submit audio and video proofs as evidence of harassment as against the past when only documentary evidence was admissible before the competent forums, said Miqdad.