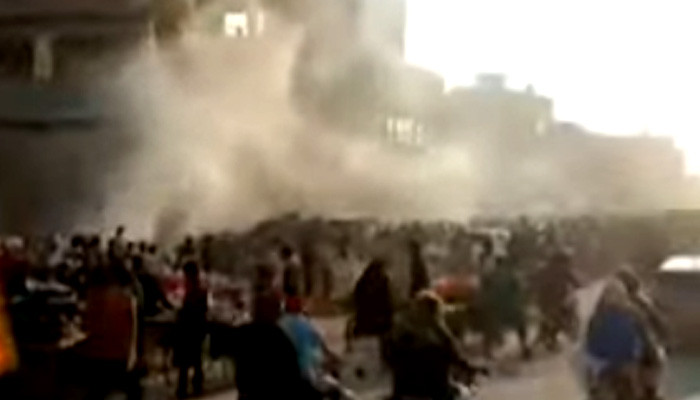 An explosion has occurred in the Sher Shah area of the city, near Paracha Chowk, police told Geo News.

The blast occurred in a sewerage drain.

Rescue teams as well as law enforcement were quickly dispatched to the area.

The explosion took place at roughly the same time in the evening, just before 5pm, as one that took place a day earlier. Yesterday’s explosion also occurred in the same area.

The blast comes on a day when a large volume of people visit the area, as many vendors on carts line up to sell second-hand goods, akin to those found in Sunday bazaars.

According to Geo News, witnesses reported people getting injured. Rescue officials on site, meanwhile, said they had not come across any injured people, but had been informed by people in the area that one or two people were wounded and rushed to the hospital.