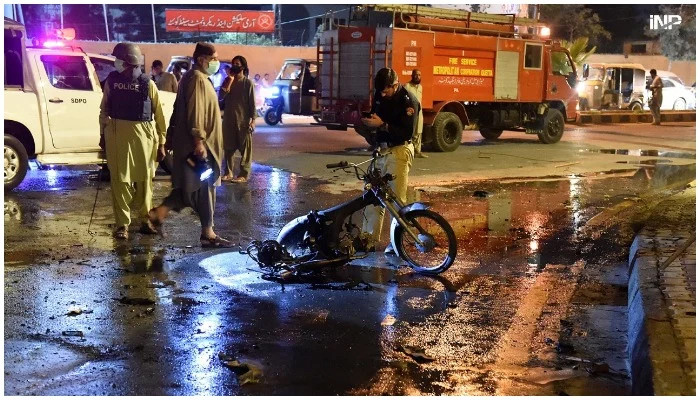 QUETTA: A person was killed and 10 others injured on Saturday in a blast that took place on the city’s Shahrah-e-Iqbal, the police said.

The injured include women and a child, sources told Geo News.

The police said that cars and motorcycles on Shahrah-e-Iqbal were damaged as a result of the blast.

DIG Fida Hussain said explosive material was affixed on the motorcycle, and that the police and the bomb disposal squad were currently investigating the blast.

This is a developing story and will be updated. Geo.tv will strive to ensure the timeliness and accuracy of information. Initial facts and figures may be revised as the latest updates are received.