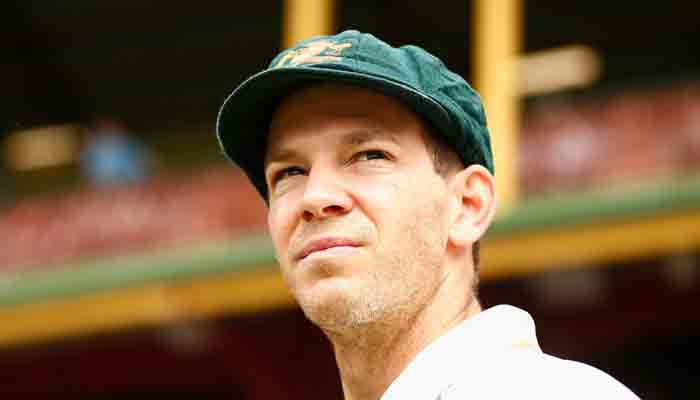 Paine sobbed as he quit one of the most high-profile roles in world cricket and Australian public life.

“Nearly four years ago, I was involved in a text exchange with a then-colleague,” Paine, now 36, said, referring to a series of allegedly sexually graphic exchanges with a female co-worker that are only now becoming public.

“I recently became aware that this private text exchange was going to become public. On reflection, my actions in 2017 do not meet the standard of an Australian cricket captain, or the wider community,” he said.

“I’m deeply sorry for the hurt and pain that I have caused to my wife, my family, and to the other party. I’m sorry for any damage that this does to the reputation of our sport.”

Paine’s departure leaves Australia without a captain who, since being appointed in 2018, won praise for reforming the team’s culture.

Saying he was relinquishing a role that he “loved” and described as the “greatest privilege” of his life, Paine insisted he still plans to play in the upcoming series against England.

“I will remain a committed member of the Australian cricket team and look forward with anticipation to what is a huge Ashes tour,” he said.

But in reality his future in the series — and international test cricket — is now in serious doubt.

The Tasmanian batsman-wicketkeeper took over the Test captaincy in March 2018 in the wake of the “Sandpaper-gate” scandal that rocked Australian cricket.

Then-captain Steve Smith and his deputy David Warner were forced to step down for their roles in trying to alter the ball with sandpaper during a Cape Town Test.

The pair were suspended for a year from all cricket and stripped of their leadership roles, paving the way for Paine to take up the captaincy.

Once in the post, Paine became the face of a campaign to win back trust, and to replace the laddish, hard-charging culture of Australian cricket with one of “elite honesty.”

It has now emerged that Australia’s cricket authorities had investigated the sexting allegations at the time and kept Paine as captain regardless.

Cricket Tasmania said it had concluded the “interaction was consensual, private” and took place “between mature adults”.

The woman involved was fired and now faces criminal charges for alleged theft, which were laid in mid-2018, it added.

Cricket Australia said it had accepted Paine’s resignation, and the board would “now work through a process… of identifying and appointing a new captain.”

Cricket Australia “does not condone this type of language or behaviour. Despite the mistake he made, Tim has been an exceptional leader since his appointment and the Board thanks him for his distinguished service,” it added.