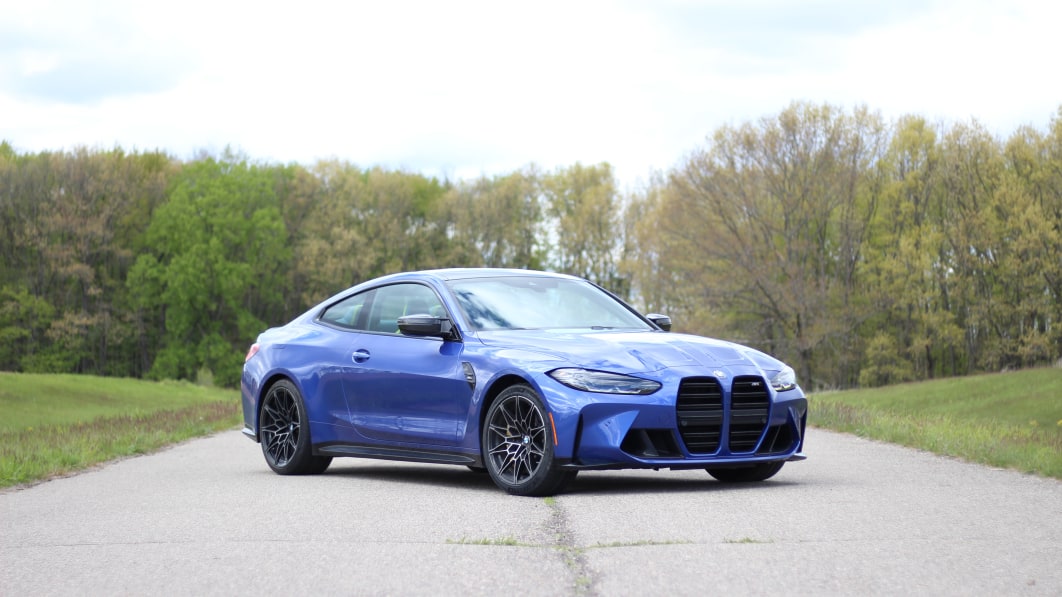 With its 50th birthday coming up next year, BMW’s M division is already celebrating. The question is how many ways will M do so? The group has already launched the first-ever M3 Touring station wagon for international markets, shown the preview of M’s first standalone product in the XM Concept SUV, told M shoppers they’ll soon have access to 50 new exterior paint finishes, and unveiled a special 50 Jahre logo. We know there’s an M4 CSL coming for the 2023 model year, too. Rumor on the Bimmerpost forum says that won’t be all. An insider known as ynguldyn regularly updates the forum’s future models page with what has proved to be excellent info. The poster recently added a line under the G82/G83 M4 bullet point, saying, “A very special limited edition M4 will be produced for just a few months starting 11/22. It will be mostly configured like the CSL but with manual transmission, several options (comfort access, parking sensors, electric seats) deleted, and the forged wheels off G81. I don’t know the exact model designation.”

What this car sounds like is an even lighter, leaner harder-core M4 CSL for manual transmission diehards, and perhaps an even more constricted production run than the M4 CSL’s anticipated 1,000 or so units. That’s just educated guessing based on the shared info, and the only concrete information would be the forged wheels, which BMW currently sells for the M3 and M4. So take this info slides as a “Stay Tuned!” notification for what we should be excited about in 2022.

As for the M4 CSL, it rolls on firmer ground, having been spotted testing in Europe wearing what appears to be a very aggressive aero package with a large splitter as well as new intakes flanking the lower fascia under the trademark large nostrils. A ducktail spoiler holds things down in the back. We’ve seen what look like unique headlights and rocker extensions, and a lot of carbon fiber bits presumed to live under the camouflage. Rumors suggest a tweaked version of BMW’s S58 3.0-liter turbocharged inline-six engine producing 540 horsepower. Those ponies would be shuffled to the rear wheels via an automatic transmission that we’d guess will have eight ratios, while BMW Blog says a manual transmission is still under consideration for markets outside of the U.S.