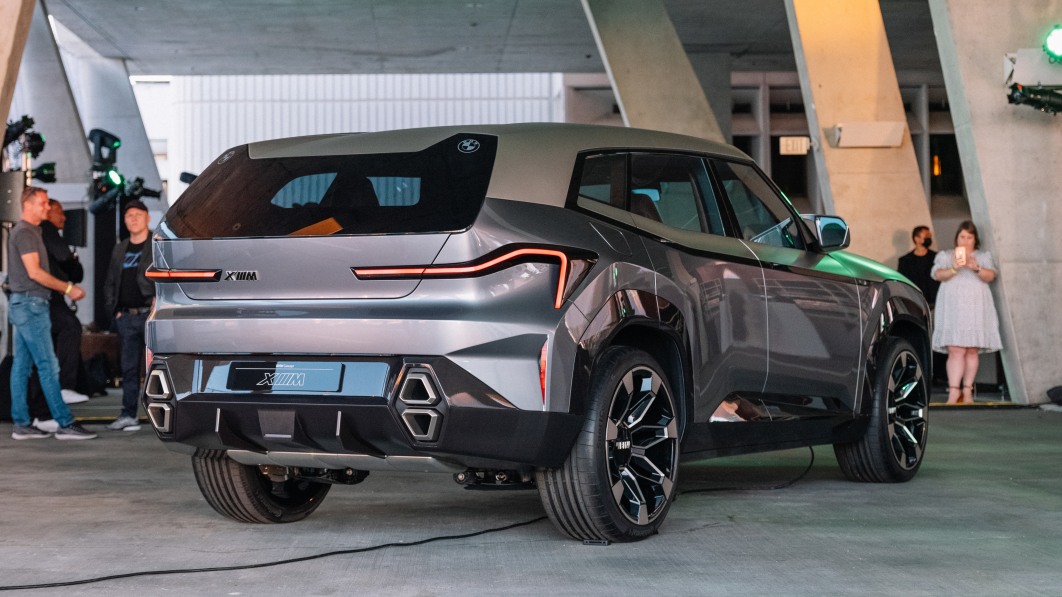 There’s a rumor that the BMW XM isn’t finished breaking the mold of what the ultimate crossover driving machine is supposed to be. Previewed by the Concept XM last month, the production version won’t go on sale until around the end of next year, eventually offering three trims. According to BMW Blog, when that day comes, two of those XM variants might wear names never before seen in the Bavarian stable. The entry-level version would be known as the XM Red Label, the mid-tier known as the XM Black Label. Reigning over both would be some familiarity in a trim called the XM Competition.

Again, this is rumor, so you can keep any cutlery in its sheath for now. But if the rumor turns into fact, we look forward to asking BMW where the nomenclature came from. The X obviously represents a crossover, and where iX is the brand’s premier electric hauler, XM is M’s ultimate take on an electrified version. We can’t find any BMW connection to Black Label. As far as we can figure out, BMW has two connections to “Red Label.” One is a Bosch Digital Motor Electronics (DME) unit for the 3 Series that was affixed with either a white, silver, or red label. It has led to numerous forum posts wherein owners ask if they can replace their white label DME with a red label version.

The other connection is with Bentley. Near the end of the last millennium, when it was feared the 6.75-liter engine that served Rolls-Royce and Bentley for decades wouldn’t pass Euro emissions in 2001, engineers began designing Bentleys to accept BMW engines. The 1998 Arnage was powered by a twin-turbo version of Munich’s 4.4-liter V8 during the fracas that would divvy up the English brands for new German owners. When Volkswagen got Bentley, VW developed the 6.75-liter to pass emissions, then sold two versions of the Arnage: a Red Label signifying the sporty trim with the Bentley engine, and a Green Label with the BMW engine.

Bentley had been applying color labels since W.O. Bentley’s time, in fact. His first car, the 3 Litre, came in standard Blue Label form, short-wheelbase Red Label Speed, and Green Label Supersports. The company’s been mostly out of that business since the Arnage Green Label sold seven cars in 2000.

Anyway, back to BMW — the XM is already the first standalone M car since the M1, the first practical standalone M car ever, and the brand’s first V8 plug-in hybrid. In October, a veteran Bimmerpost forum poster wrote that the XM would get the same S58 engine in the M2, aided by two electric motors, for a total output of about 650 horses. Beyond that, the source believes there will be two gas engines besides. BMW Blog also believes there will be three engines, two of them electrified, not mentioning any of them being the S58. In its telling, there’s an XM 45e or XM 50e with what’s probably the B58 single-turbo inline-six and an electric motor, same as in the 745e, making about 394 horsepower total — a potential Red Label. Above that would come the “pure M version,” if one can call a really big SUV such, with the V8-hearted powertrain from the M5 CS and about 626 horses — a potential Black Label. Then comes the XM Competition with a brand new electrified powertrain and 740 horsepower.

With this scuttlebutt about naming, we can only wonder what other surprises the new X has in store.