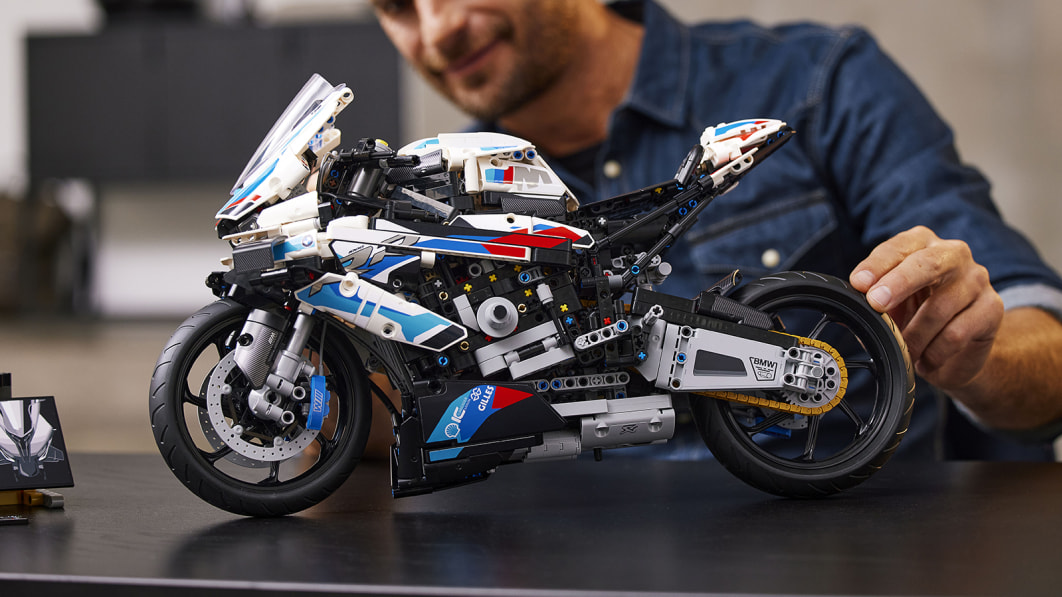 Last year, BMW revealed the M 1000 RR motorcycle. It was the first motorcycle to bear the M badge like BMW’s performance cars, and it had 212 horsepower to back it up. But with just 500 examples built worldwide, it wasn’t exactly easy to get hold of. If you missed out, or simply did have the funds for one, BMW has joined forces with Lego to sell a scale version of the bike.

The kit creates a sizable rendition of the M 1000 RR. The scale is 1:5, and the length of the bike measures just under 18 inches. It comprises 1,920 individual pieces.

Being a Lego Technic kit, the bike has some cool functionality, too. Most impressive is the fact it has a functioning manual transmission. With three gears and neutral, it’s short a few gears to the real thing, but it’s still quite cool. It also has functional suspension and an actual drive chain and gear for the rear wheel.

The Lego BMW doesn’t go on sale until January 1, so you’ll have to wait until after the holidays to pick one up. It also will be priced at $229.99. Not cheap, but certainly more manageable than the real thing.