The premiere of Ranveer Singh and Deepika Padukone’s highly anticipated sports drama ‘83 was a star-studded affair, with several Bollywood A-listers in attendance. The film stars Ranveer and Deepika as the former ace cricketer Kapil Dev and his wife Romi.

The Bollywood power couple, as expected, brought their A-game to the red carpet. Deepika stunned in a floor-sweeping navy blue gown with a plunging neckline. With her short hair and statement jewel-encrusted necklace, the diva channelled old Hollywood glamour for her look. 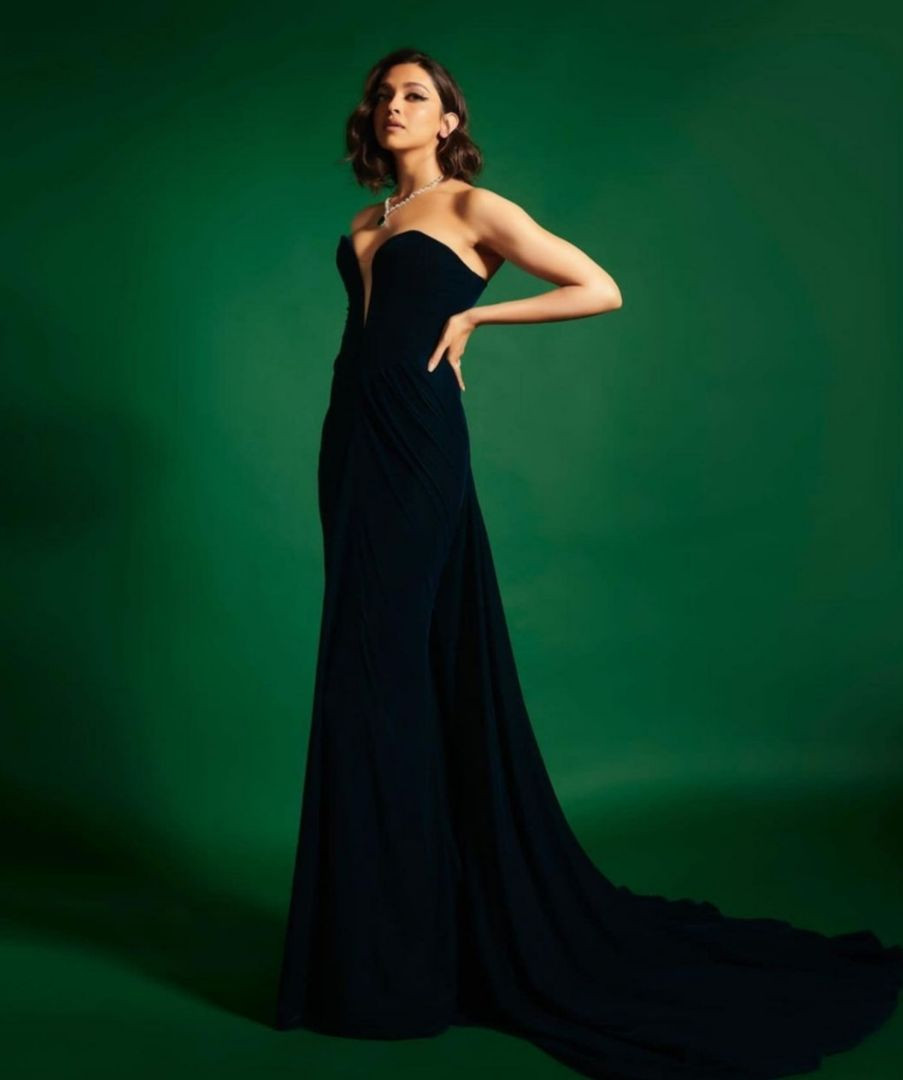 The actor was accompanied by her co-star and husband Ranveer looking dapper in a white tuxedo, pairing it with his signature tinted sunglasses. The actor completed the look with brown suede shoes and a black bowtie. 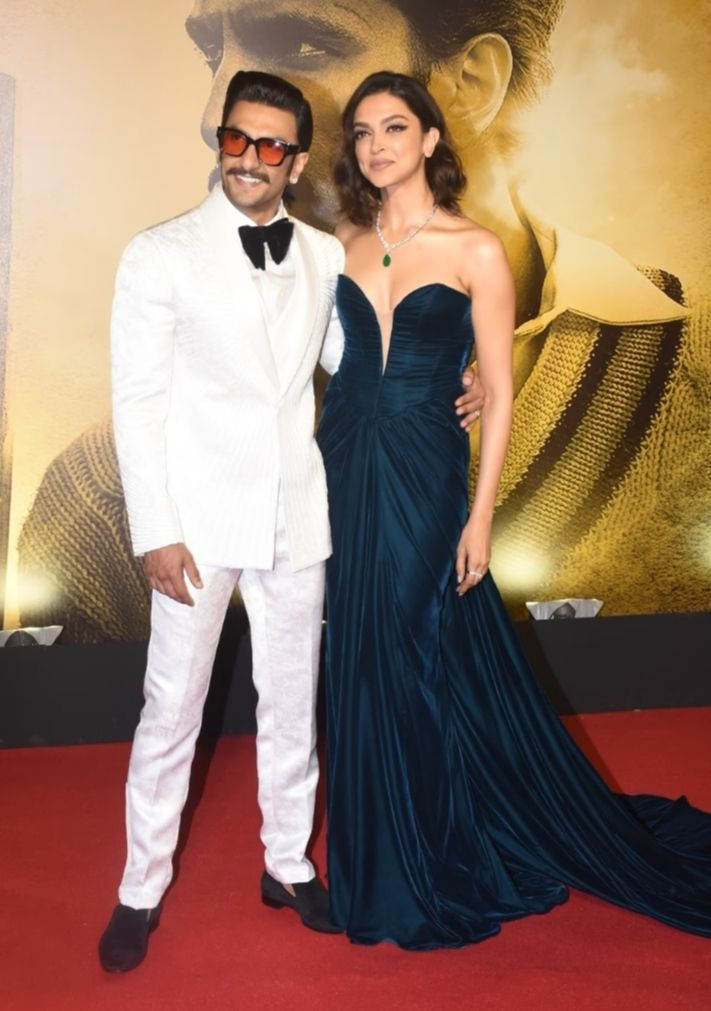 The couple posed with Deepika’s family on the red carpet, with her sister donning a red sleeveless red trenchcoat-style top and pants. 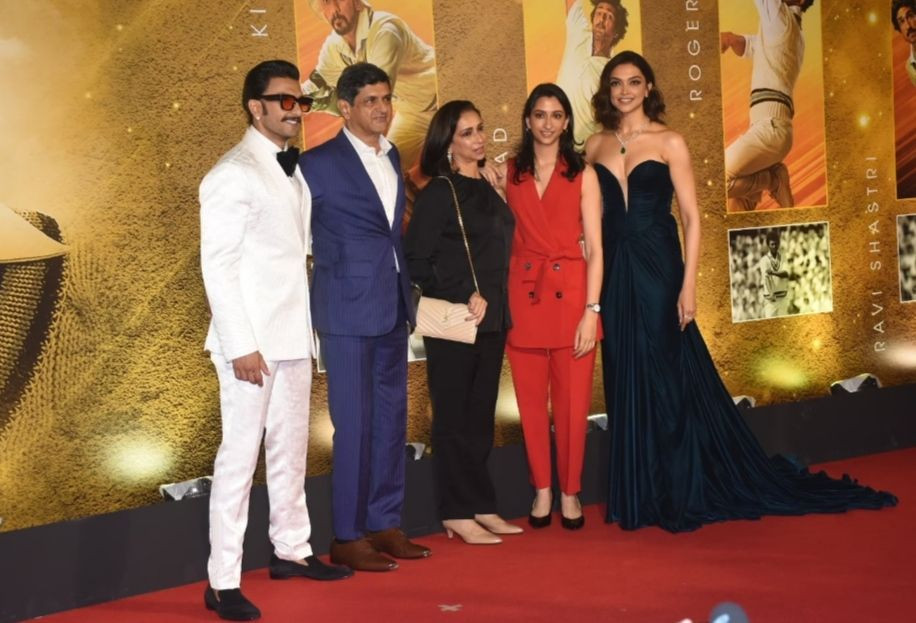 The couple of the hour Kapil Dev and Romi were also present at the premiere, with the former cricketer dressed in a navy blue sherwani, complete with a red handkerchief peeking from his pocket. Romi sported a pastel green and gold banarsi sari, with her hair kept short and neat in her signature style. 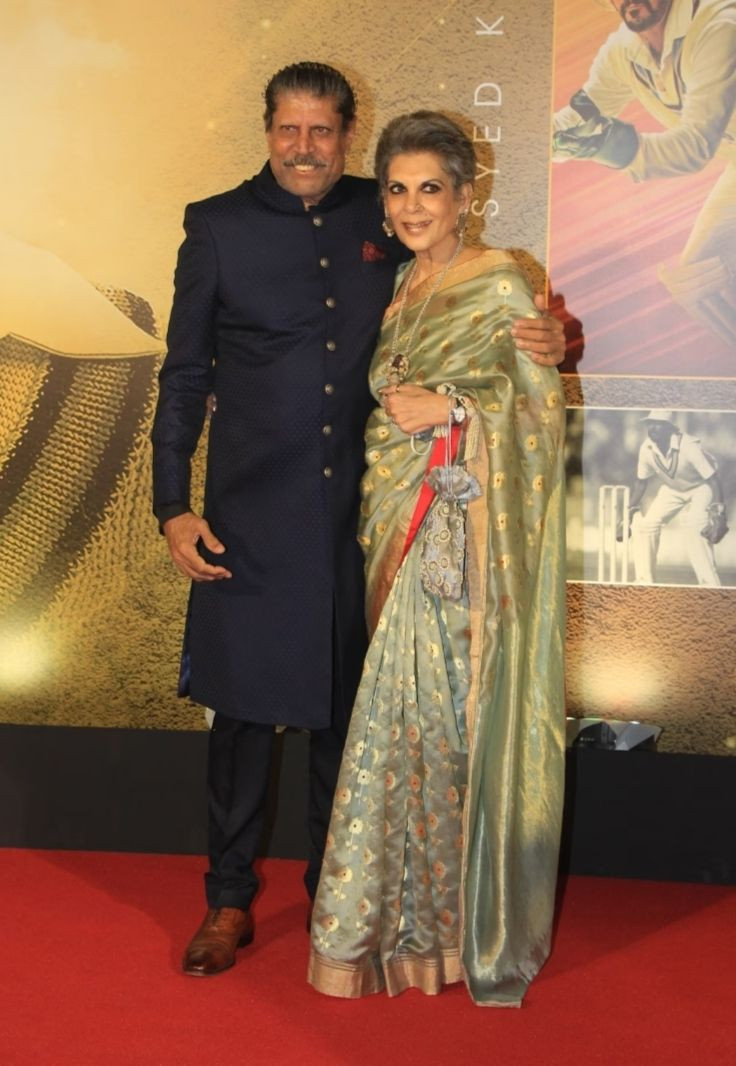 Highway actor Alia Bhatt was spotted on the red carpet in a short black sequined dress, paired with a floor-sweeping black tail at the back. The iridescent sequence added a touch of fun to her look, with the actor pairing the outfit with a pair of strappy heels. She kept her hair loose over her shoulders, sporting kohl-rimmed eyes and a white manicure. 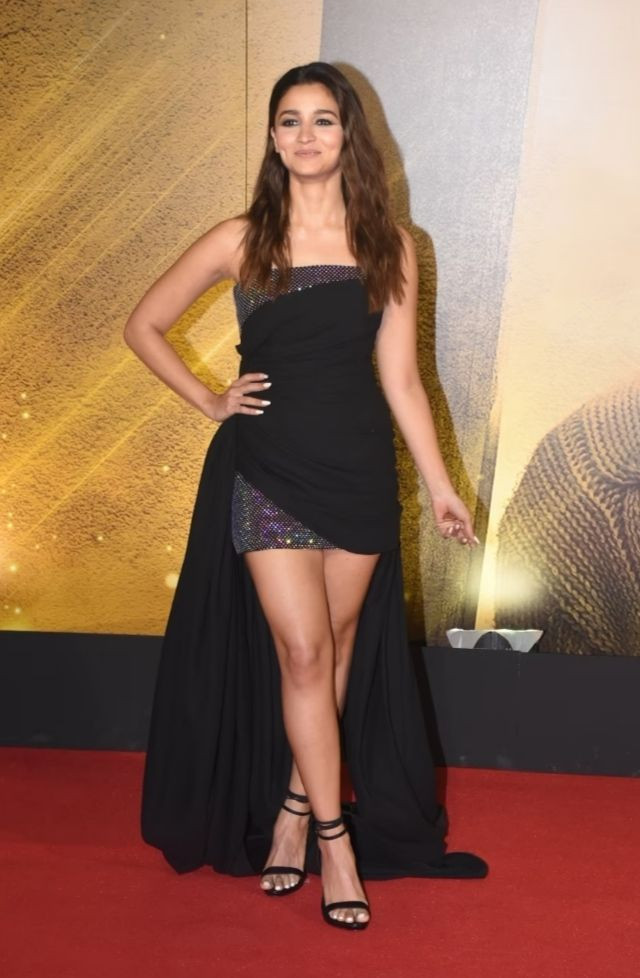 Dhadak actor Jhanvi Kapoor was also present at the event, dressed in a classic figure-hugging velvet number. The black wrap-around style dress was paired with minimal jewellery, with Jhanvi choosing to sport nothing more than a few delicate rings. The starlet’s hair fell in loose curls over one shoulder, adding to the old-world charm of the look. 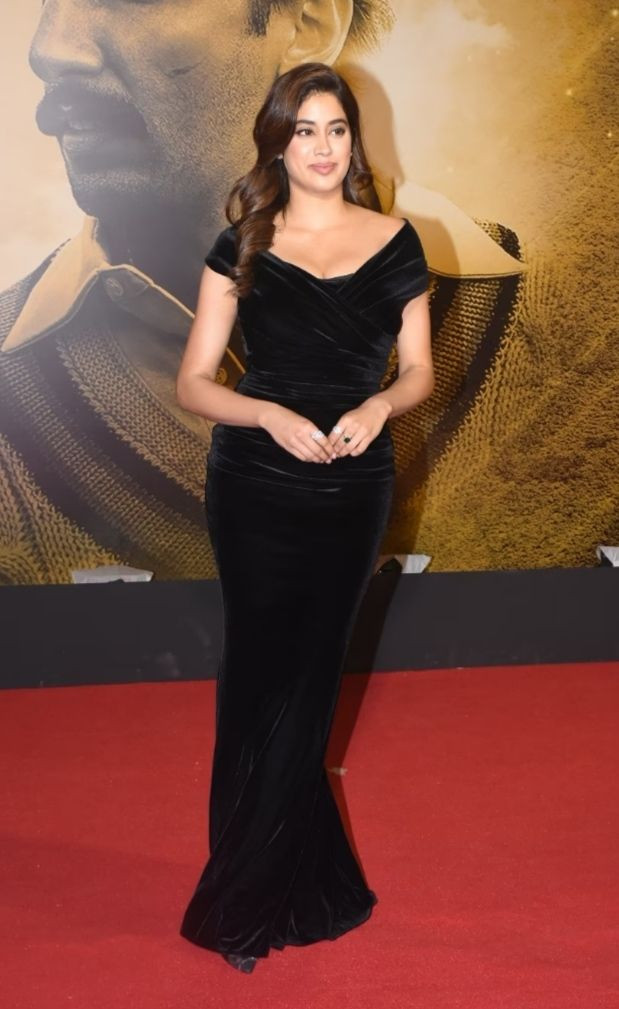 Actor Huma Qureshi took to the red carpet in a sequined little black dress with puffed sleeves, pairing it with matching sequinned pumps. 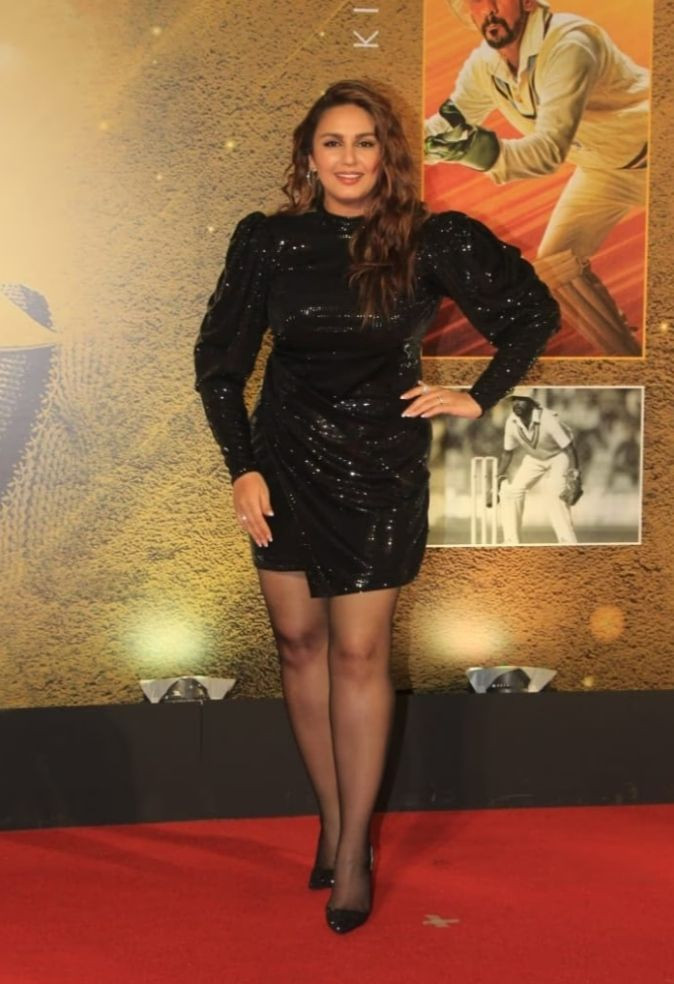 Pankaj Tripathi, who also stars in the film, arrived on the red carpet hand in hand with his wife and daughter. The actor went for the ultimate dad look, pairing jeans with sneakers underneath a black turtleneck and navy blue blazer. 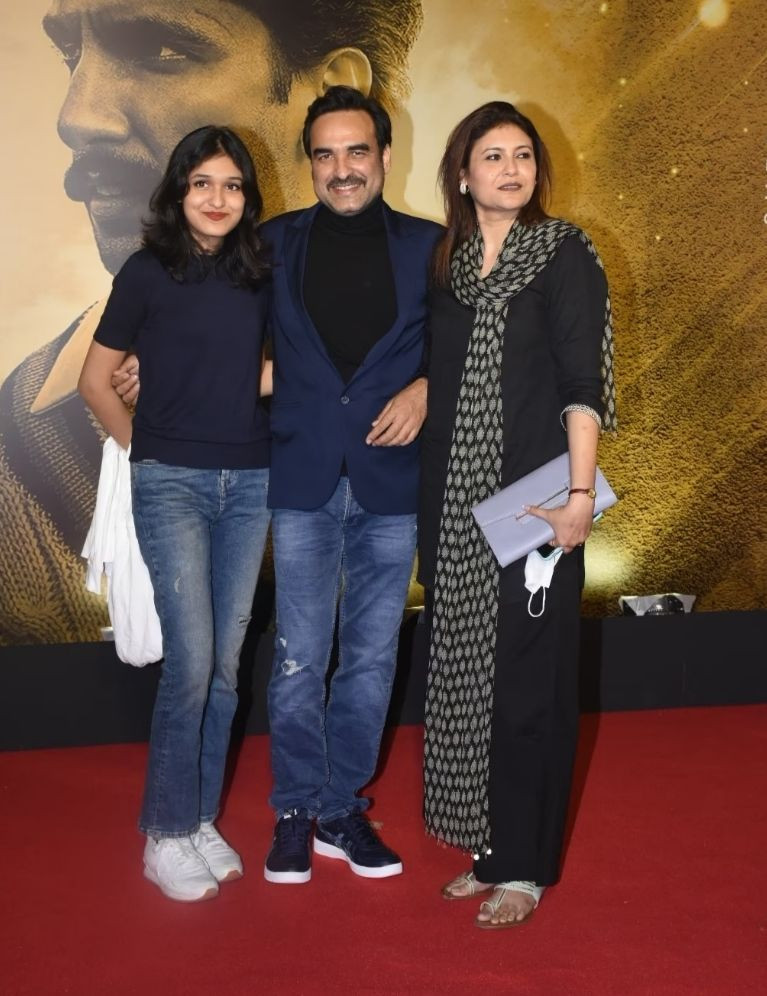 In an earlier interview with PTI, Deepika talked about working with husband Ranveer in ‘83. They have previously worked together in numerous hits, including Goliyon Ki Raasleela Ram-Leela, Bajirao Mastani and Padmaavat.

“It was nice to work with Ranveer in a slightly more realistic setting,” she said, breathing a sigh of relief. “Not having to mouth such intense dialogues with the kind of language that we did on the past three films. It was refreshing. In fact, we had to remind ourselves that ‘this is the same actor that I’ve worked with’,” she added.