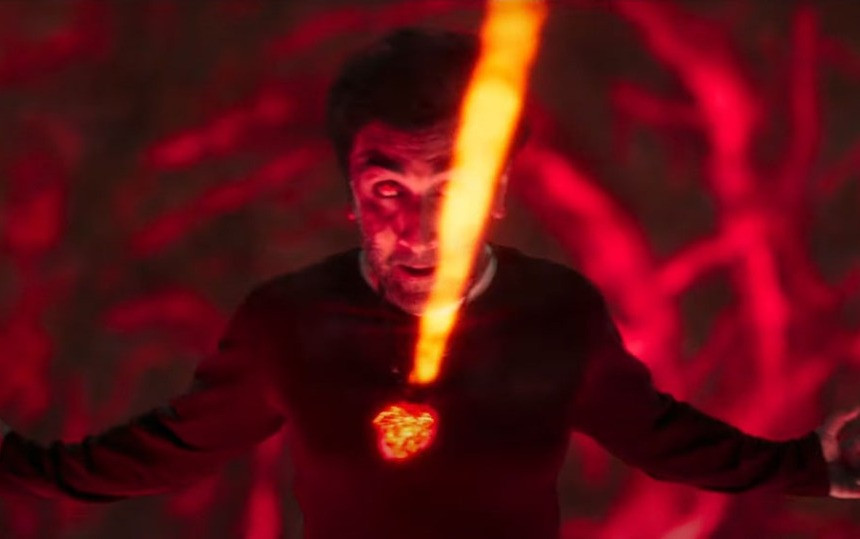 The Brahmastra trailer is finally out and it's everything we expected and more. An Ayan Mukerji directorial, Brahmastra is a first of its kind, three part series and the beginning of India’s first ever universe, the Astraverse. What seems like a twist on the MCU series is the story of Shiva, a young man and the protagonist where mystical sages and mythology replace superheroes.

Mukerji recently pointed out to IANS, “I am not the biggest superhero fan. I would like to say that I am more of a fantasy film fan. And I honestly think Brahmastra is not a superhero film. It is not about a guy wearing a costume and necessarily saving people.” As he explores love, he is thrown into a whirl of chaos when he realises he has a special connection to the Brahmastra.

The magic that is the Brahmastra trailer is something the Bollywood film industry has never seen before. The trailer itself is saturated with colours; from the set to the clothes, there's never a dull moment. It begins with a narration by the Guru, played by Amitabh Bachchan who narrates a story of ancient India about shaktis (energies) harnessing into astras (weapons). The astras contain cosmic energies, embodying the strengths of the elements: water, wind and fire. The story revolves around the fate and destiny of the lord of all astras – the Brahmastra and how it rests on the shoulders of one young, orphaned man, Shiva.

In modern day Mumbai, Shiva is a DJ who becomes infatuated with a girl, Isha Shakti. He sees her in a crowd he's playing for, only to fall in love with her. But, in exploring his love, Shiva reveals to her a special connection he has to fire and how it can never hurt him. As we come to learn, Shiva must defeat the darkness that can destroy the astras protected by mystical sages. The Guru, who was initially the narrator, is then portrayed as Shiva’s mentor, someone who teaches him how to manage his powers. The final and most major revelation is made to Shiva by his Guru when he tells him not only is he connected to fire, but he is an astra himself – the agni astra. And so, Shiva sets out in his quest to protect the Brahmastra and triumph over the evils of the darkness that can destroy the balance of the world.

Brahmastra is described as an experience in itself with epic VFX and CGI moments. The trailer was a CGI fest, with extraordinary visuals of action packed moments between the protagonists and antagonists. The trailer was filled with moments of CGI fire being thrown around and is a 3D movie. Scenes like a heart burning through Shiva's chest and fire surrounding him but not hurting him were all at the power of VFX and CGI.

Ranbir Kapoor plays the part of Shiva, a DJ. He is an orphaned young man from Mumbai who has a unique connection to fire and doesn't get harmed by the flames. Further in the trailer, it is revealed that Ranbir is an Astra himself – the Agni Astra.

Bachchan is Shiva’s mentor and a member of a secret society of sages. They have been the protectors of the astras and the lord of all astras (astraon ka devta), the Brahmastra. He is called the Guru and is the one who helps Shiva manage and control his power.

Mouni Roy plays the main antagonist in the trailer who leads an army that is trying to get to the Brahmastra and destroy him. However there seems to be more to her plan which is not revealed in the trailer. Perhaps she is part of something larger, however, the trailer also hints at a much larger, evil force that Shiva will have to defeat.

Alia Bhatt plays the role of Isha Shakti. She is Shiva’s main love interest. She stays by his side throughout the trailer and it is through their encounter that we come to learn about Shiva’s strange but special powers. There is speculation that Shah Rukh Khan may be a part of the film, with netizens believing they caught a glimpse of him in the trailer and a special cameo is expected to take place.