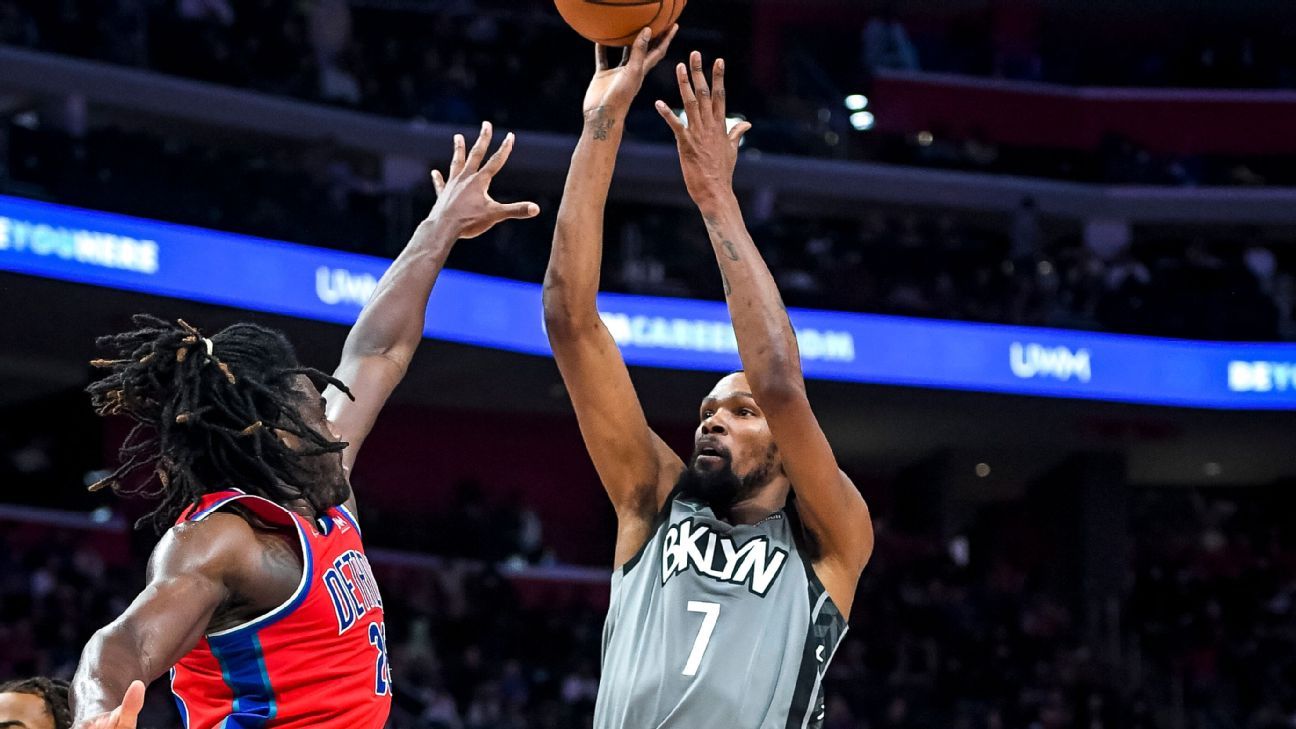 In his most explosive game with the Brooklyn Nets, Kevin Durant scored the most points in a game in the NBA this season, going off for 51 points in a 116-104 win over the Detroit Pistons on Sunday at Little Caesars Arena.

With James Harden resting for the first time this season, Durant joined Golden State’s Stephen Curry as the only players with a 50-point game this season.

Durant made 16 of 31 shots from the field, including five 3-pointers, and had nine assists, seven rebounds and two blocked shots to overwhelm the Pistons, who lost for the 12th straight time.

“Kevin was incredible,” Nets coach Steve Nash said. “Not an easy night. They played extremely hard. Tons of energy. We were playing different lineups. Think there were different guys out there at different times trying to find the spacing and spots and where to be, and so there were some challenges there for us. For him to be able to score 51 and nine assists, seven rebounds, two blocks and steal. Unbelievable.”

With the Nets starting their ninth starting lineup this season with Harden, Paul Millsap (personal reasons), Joe Harris (left ankle surgery) and Kyrie Irving (not with team) out, Durant has been the one constant force for Brooklyn this season.

For Durant, this was the eighth time in his career that he has scored 50 points but first with the Nets.

Durant said he did not feel added responsibility to score with Harden resting.

“I feel like we got enough scoring,” Durant said. “I feel like defensively we come out and stick to the game plan, play physical, then the offense will take care of itself. We went cold there for a second so I figured that I should be more aggressive.”

“It was very special,” Nets point guard Patty Mills said. “Obviously, special for him, but I think it’s special for everyone that was able to take part in that and be up close and personal to what happened tonight.”