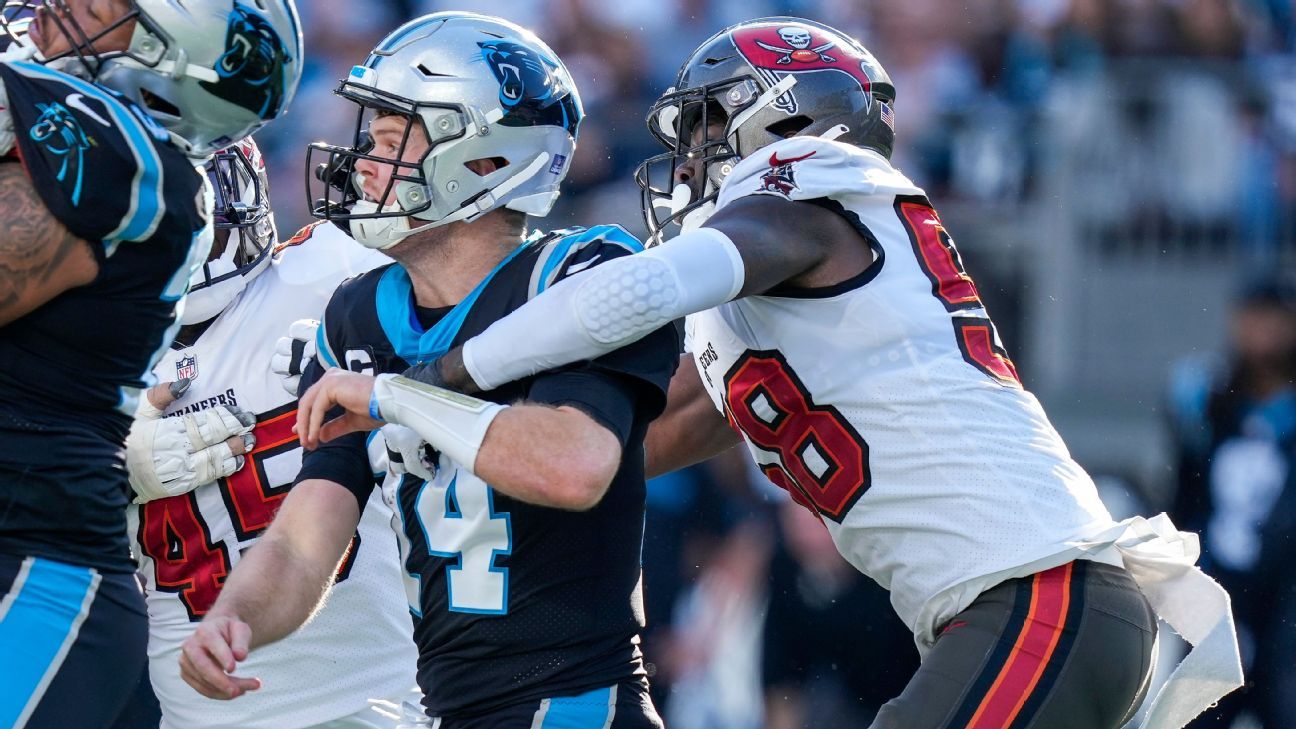 “It’s not severe, but he’s probably out for the rest of the regular season,” Arians said. “Hopefully we’ll have him back for the playoffs.”

Barrett, who notched his team-leading 10th sack of the season Sunday — becoming just the fourth player in franchise history with two 10-sack seasons — suffered the injury in the second quarter, left the game and attempted to return in the third quarter but was able to play only a series before being ruled out.

The team already was without Jason Pierre-Paul, its other starting outside linebacker, on Sunday. He has been dealing with a torn rotator cuff throughout the season.