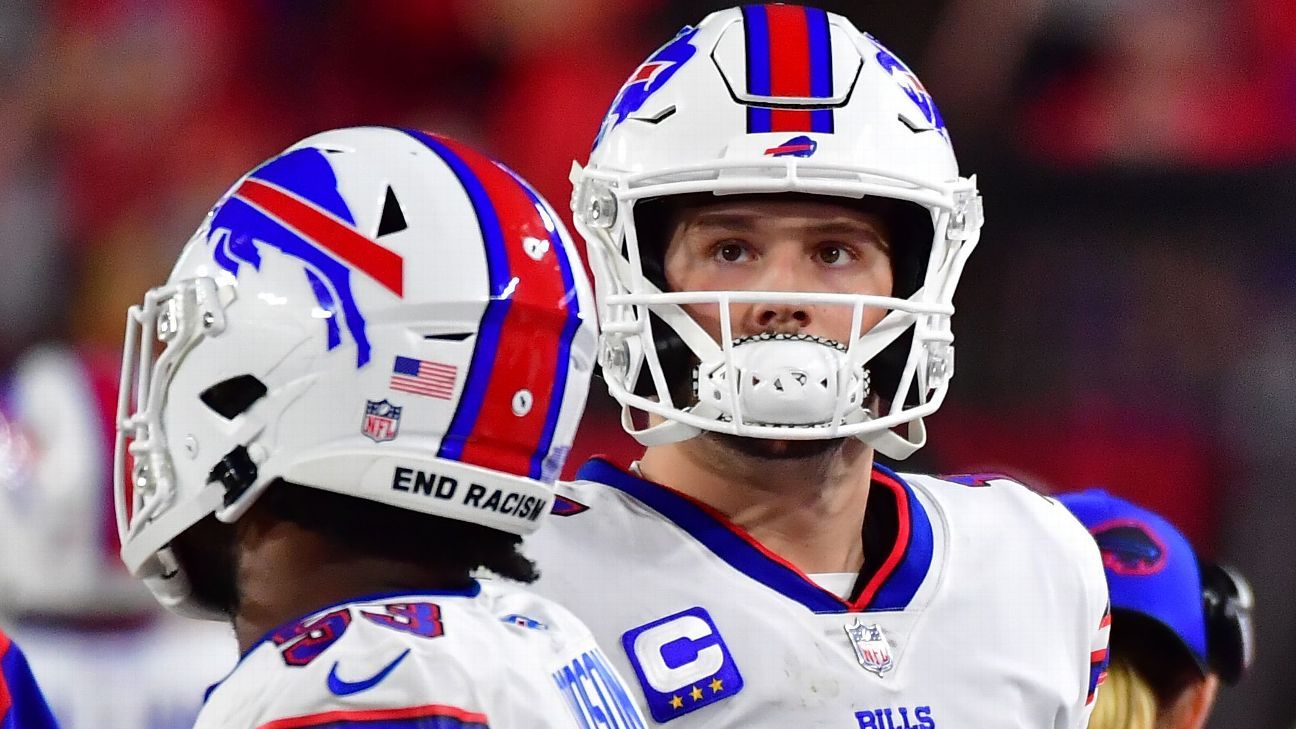 TAMPA, Fla. — Buffalo Bills quarterback Josh Allen entered his postgame news conference with a walking boot on his left leg after a 33-27 loss to the Tampa Bay Buccaneers.

Allen said he isn’t “quite sure” what the injury is, but that there will be further tests Monday.

“Finished the game on it, so I don’t think it’s going to be a big deal,” Allen said, adding that “it’s pretty sore. It’s football.”

Allen appeared to suffer the injury at the end of a 23-yard run in the fourth quarter. He did not miss a snap but was limping throughout the rest of the game, and it appeared he wasn’t putting much weight on the leg.

“Our medical staff checked with him,” coach Sean McDermott said. “There was talk about how he was, what could he do still. He’s a warrior and he played his butt off.”

Allen finished 36-of-54 for 308 yards with two touchdowns and an interception. He also ran for 109 yards and a rushing score on 12 carries, the third time in his career he has rushed for over 100 yards in a game.

Allen’s passing attempts were a career-high, and he became the first Bills player with at least 250 passing yards and 100 rushing yards in a game. Allen is also the only player in the past 40 seasons to attempt all of his team’s passes and rushes in a first half, according to the Elias Sports Bureau.

The Bills backup quarterback is former No. 2 pick Mitchell Trubisky.

“There’s no way I was going out,” Allen said.