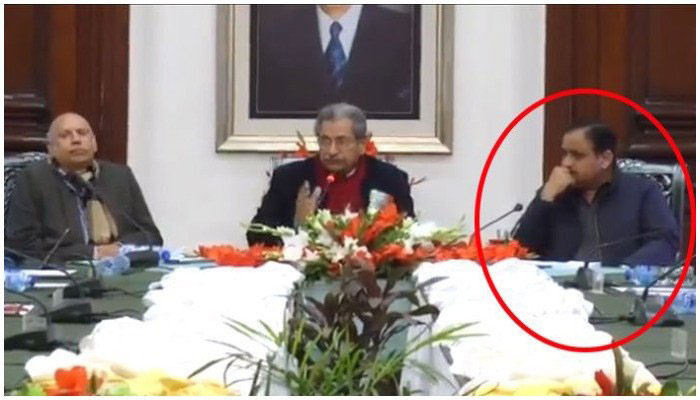 He was attending a meeting at the Chief Minister House presided over by Federal Minister for Education Shafqat Mahmood, who has been named PTI’s president for the Punjab chapter.

The meeting went on for 2.5 hours during which party-related issues were discussed.

Shafqat Mahmood later confirmed that the chief minister and the governor of Punjab were a part of the meeting.

Upon being asked by a journalist if the chief minister attended the meeting, Shafqat clarified: “Usman Buzdar left the meeting as soon as Prime Minister Imran Khan advised him to leave.”

It bears mentioning that the provincial government declared Murree a calamity-hit area after more than 20 tourists died in their vehicles today amid heavy snowfall.

Interior Minister Sheikh Rasheed confirmed the death toll, saying the government has sought help from Pakistan Army and other civil-armed forces to rescue the stranded tourists.