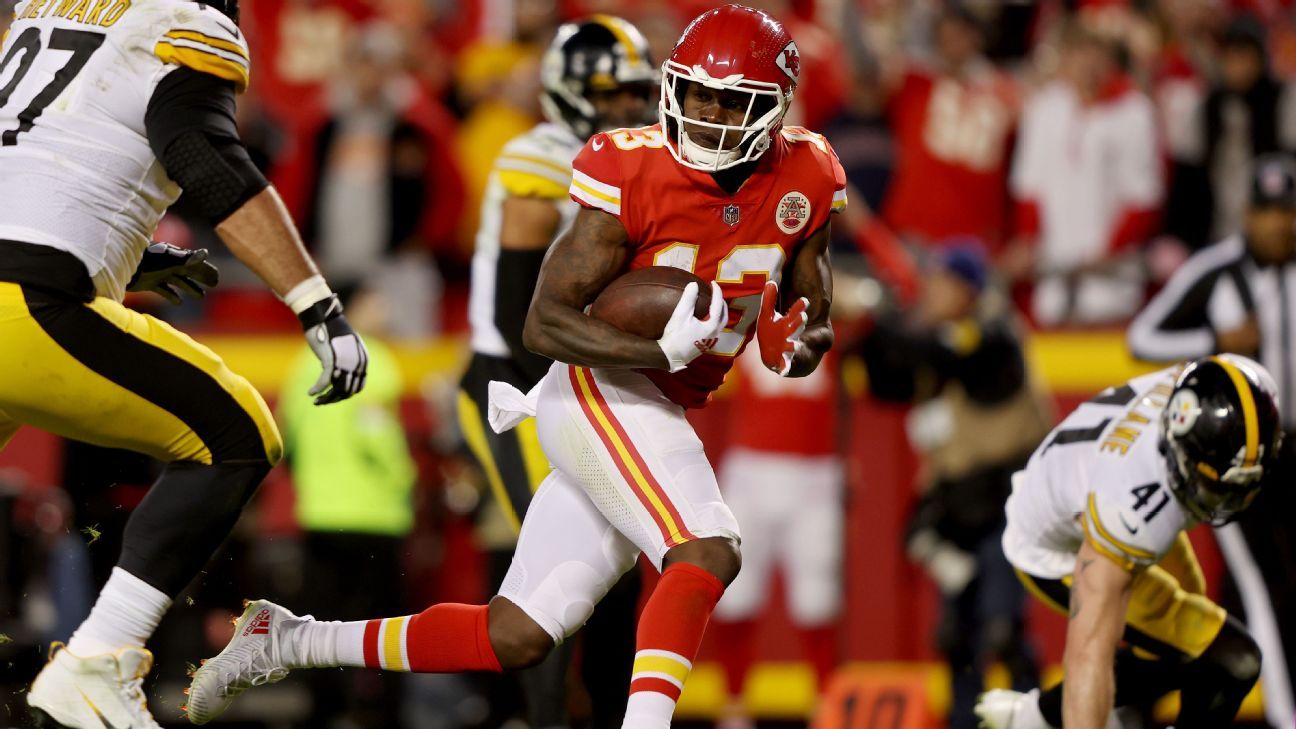 KANSAS CITY — Byron Pringle scored his second touchdown of the game in the third quarter against the Pittsburgh Steelers on Sunday as the Kansas City Chiefs built a 30-0 lead.

Pringle caught the ball on the nine-yard line and broke a couple of tackles while making his way into the end zone for a 16-yard score. It was Patrick Mahomes‘ third touchdown pass of the game.

It was only the third time the Steelers have trailed by 30 during Ben Roethlisberger‘s 18 seasons.

Pringle also scored on a five-yard pass from Mahomes in the first quarter.

Byron Pringle puts on the brakes 🔥

Clyde Edwards-Helaire also scored with some second effort when he bounced off the pile at the goal line and ran left for a one-yard touchdown early in the first quarter. Edwards-Helaire has now scored on each of his last four rushes in goal-to-go situations, according to ESPN Stats and Information Group.