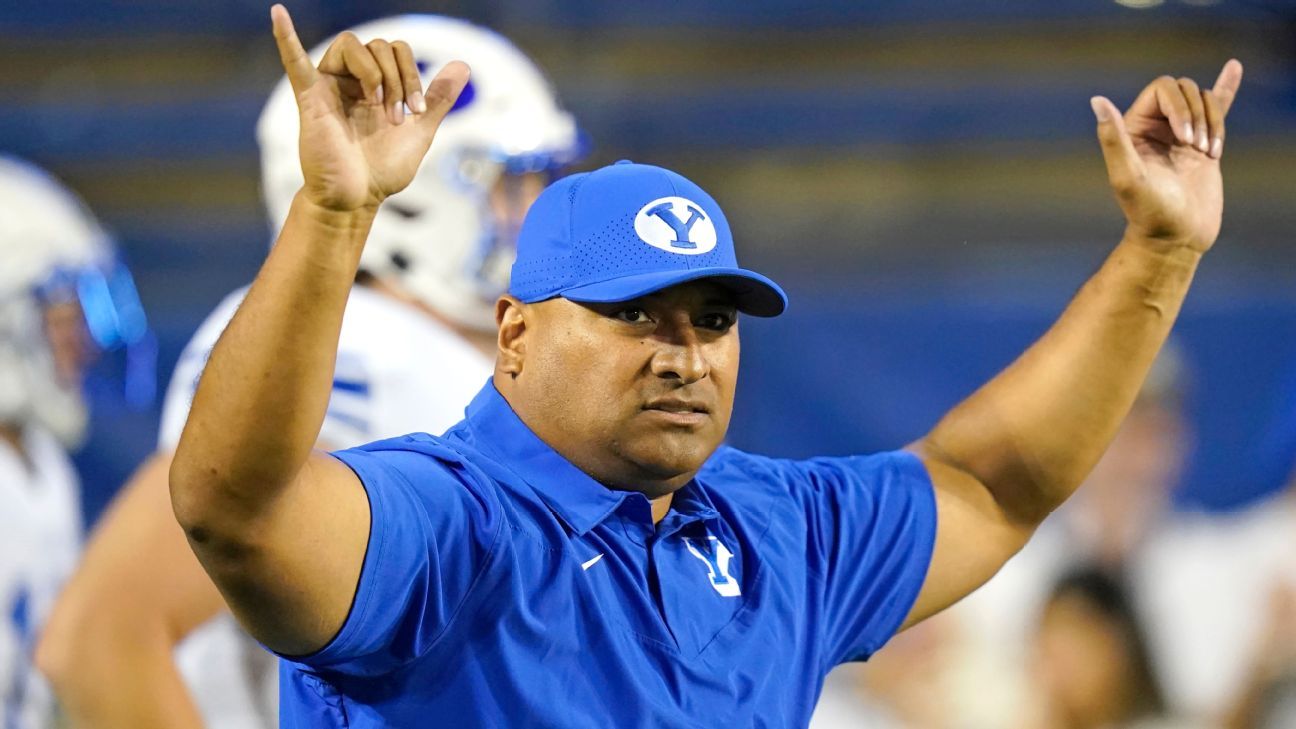 BYU football coach Kalani Sitake has signed a new contract with the school through the 2027 season.

While not releasing terms, BYU called Sitake’s new deal “unprecedented” in a news release. Sitake is 48-28 in six seasons at BYU, which finished No. 13 in the final CFP rankings and went 10-2 this season. The Cougars face UAB on Dec. 18 in the Radiance Technologies Independence Bowl.

Sitake spoke with Oregon earlier this week about its head-coaching vacancy, according to sources.

“In recent days and weeks there has been a lot of movement among college football head coaches,” BYU athletic director Tom Holmoe said in a prepared statement. “Today, I’m thrilled to know that Kalani will continue to be our leader, coach and mentor going forward. In the past 50 years, BYU has had only four head football coaches. Consistency, creativity and culture have been our hallmarks. Kalani will continue to strengthen our football team culture and develop young leaders based on his emphasis of ‘love and learning.’ I’m grateful for Kalani and the Sitake family for their commitment to BYU.”

Sitake, 46, has guided BYU to consecutive seasons of 10 or more wins for the first time since 2008 and 2009. Only Alabama’s Nick Saban and Cincinnati’s Luke Fickell have won more games since the start of last season than Sitake (21).

“As both a former player and a BYU fan, it is an honor to be the head coach at this great university,” said Sitake, a Cougars fullback in 1994 and from 1997 to 2000. “I am blessed to lead a football program full of tremendous young men, outstanding coaches and staff and the best fans in the world. We’re all excited about the opportunities ahead as we prepare to enter the Big 12.”