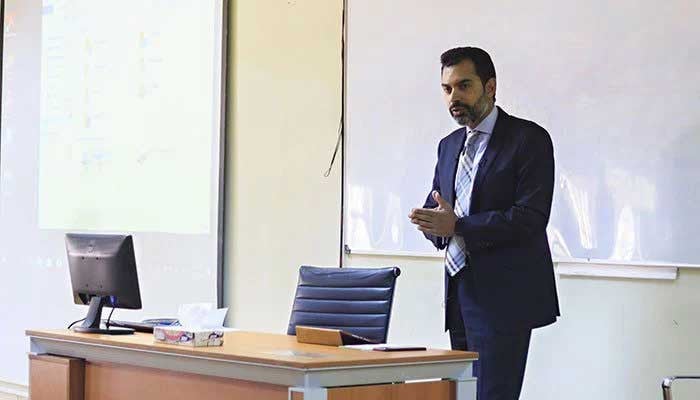 ISLAMABAD: State Bank of Pakistan (SBP) Governor Dr Reza Baqir has said the current account deficit (CAD) will further go up for next two months and then start coming down gradually.

Speaking in Geo News programme ‘Aaj Shahzeb Khanzada Ke Saath’ on Tuesday, he said he was not seeing the 13.25pc interest rate like situation again in the country. He said last time when interest rate reached 13.25pc, there was a severe financial crisis in the country. Then the current account deficit (CAD) was $19 billion and strict measures were needed to deal with the crisis.

He expressed his optimism that the country’s economic growth would remain around 5 per cent in the current fiscal year, 2021-22. He said there was good coordination between the Finance Division and the SBP. Both were working jointly to stabilise the financial growth. He claimed that now all decisions had been taken on time and the country would not face any past-like economic situation.

He said COVID-19 pandemic had affected even the most strong economies and the USA faced such an inflation which was unprecedented in its history. He said the government was really worried about low exchange rate, which was causing price-hike in the country. He said the SBP was making joint efforts with the government to arrest fast increasing prices. He said that increase in commodity prices in the international market was unprecedented and against expectations of Pakistan.

About the latest increase in interest rate, Reza Baqir said the policy rate hike always benefits those depositing their money in bank accounts. He said the SBP had launched forward guidance so that the decision-making confidence among industrialist could be enhanced.

The SBP governor admitted that the treasury bill (T-bill) auction on Dec 1 was unnecessary. In that T-bill auction, the government raised over Rs500 billion at a much higher rate than their previous auction in which it accepted much lower bids.

He promised that it would not happen again as in such a situation in future, the SBP would it up as its issue instead of the Finance Division’s problem. He said that constructive talks had been held with the International Monetary Fund (IMF), which would bear fruit.

He said the ‘Mera Pakistan Mera Ghar’ scheme was for those Pakistanis who could not afford buy a house. He said for the first time in the country’s history, banks were financing housing units for the lower income groups.