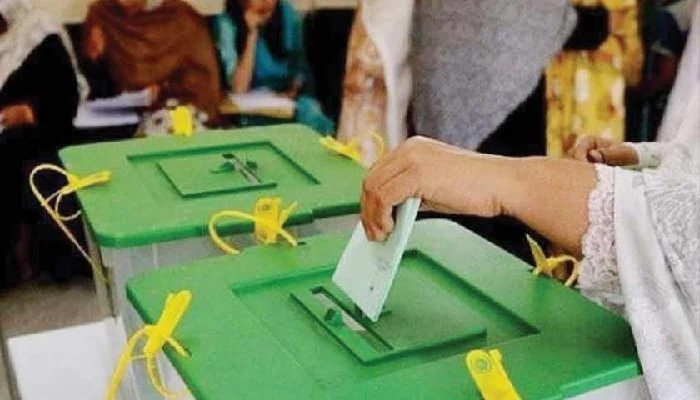 In 2006, former prime ministers Nawaz Sharif and the late Benazir Bhutto, before signing the historic Charter of Democracy (COD) agreed to bury their political rivalry. They even went as far as to admit that they had been used by powerful quarters against each other in the past.

But then the assassination of Bhutto a year later changed the political dynamics in Pakistani, as her spouse, Asif Ali Zardari, had other ideas.

In fact, in the last 12 years, Zardari has developed a better understanding with the Chaudhrys of Gujrat than with the Sharifs of Lahore.

Even before the NA-133 election in Lahore, in which Pakistan Peoples Party’s (PPP) candidate Aslam Gill pulled over 32,000 votes, Asif Zardari had already been finalizing a political strategy with Chaudhry Pervez Elahi in Punjab.

For both, the main target will be the Pakistan Muslim League-N (PML-N) both in the center and in Punjab in 2023.

This warming of ties isn’t new. It was first initiated in 2008, when Zardari visited the Chaudhry brothers, old rivals of the Bhuttos, and asked both Chaudhry Shujaat Hussain and Chaudhry Pervez Elahi to bury the past.

Elahi recently spoke to me about that visit. “Yes, he came to us and offered a hand of friendship,” Eladi recalled, “Zardari said that he doesn’t want our children to grow up as political rivals. We welcomed his gesture.”

Later, during the PPP tenure from 2008-2013, the PML-Q president was also made the deputy prime minister.

The personal relationship continued, even when PML-Q joined hands with Prime Minister Imran Khan to form a coalition government post-2018. Even now, the Chaudhrys have a soft corner for Zardari and the two are in constant touch.

One would not be surprised that in a bid to oust both the Pakistan Tehreek-e-Insaf (PTI) and the PML-N, we may see new political alignments in Punjab for which Zardari has given a free hand to Elahi. In the coming few months, a few surprises are also likely to pop up, such as an understanding with religious groups in the province.

The Chaudhrys are also indebted to Zardari. They cannot forget what he did when Elahi’s son, Moonis Elahi, was facing a serious case and was able to get relief.

But it is important to also remember that Bhutto had written a letter to the police after twin suicide attack on her procession on October 18, 2007, which left over 150 people dead. Bhutto wrote that she feared former president General Pervez Musharraf, the former ISI chief, Lt. Gen. Hamid Gul, retd Brig. Ejaz Shah and Pervaiz Elahi could be behind an attempt on her life.

But it seems Zardari did not give that letter much regard. Neither did he care much for the CoD.

On the contrary, he backed out from all commitments made between Nawaz Sharif and Benazir Bhutto for the restoration of deposed judges including then Chief Justice Iftikhar Chaudhry.

Post-2008 was also the first time that both the PPP and PML-N formed a joint government and although ministers from both the parties took oath from General Musharraf, the PML-N leaders wore black-arms band. But, the honeymoon could not last. Soon after, the PML-N withdrew from the cabinet.

A few months later, in early 2009, Nawaz Sharif led the long march to Islamabad for the restoration of deposed judges and Zardari was left with no other choice but to restore them, something which he could have done without involving former army chief General (retd) Ashfaq Pervez Kayani, who allegedly played a key role as ISI chief in the political events in 2007 including the National Reconciliation Ordinance.

When Nawaz Sharif became the prime minister in 2013, some of his actions further increased the gap between the two parties, and although Sharif personally did not want a rivalry, there were a few in the party who created misunderstandings, such as Chaudhry Nisar Ali Khan and Khawaja Asif.

Nisar Ali Khan even once admitted that Sharif never wanted graft cases against Zardari to reopen, but he did not stop the Federal Investigation Agency either.

It is also incorrect to say that Sharif canceled the breakfast meeting with Zaradri in 2015, a day after the latter issued a hard hitting statement against the establishment. Sharif’s former principal secretary, Saeed Mehdi, had told me then that Sharif wanted to go. But two of his close aides advised him not to go, to which “Nawaz replied that he would ask Zardari to not issue such statements,” Mehdi had said.

But the arrest of Zardari’s confidant, Dr. Asim Hussain, was the last nail in the coffin of a brief honeymoon between the two parties. Zardari had termed it a ‘stab in the back’.

The differences are still visible between Zardari and Sharif and were evident at the Pakistan Democratic Movement meetings last year. Which is why the PPP is not looking at the PML-Q to get support in Punjab. But how much electoral success will this new beginning bring?

That will be clearer after the local government polls in Punjab and the by-election in Khanewal.

The writer is an analyst and columnist for GEO, The News and Jang. He tweets @MazharAbbasGEO