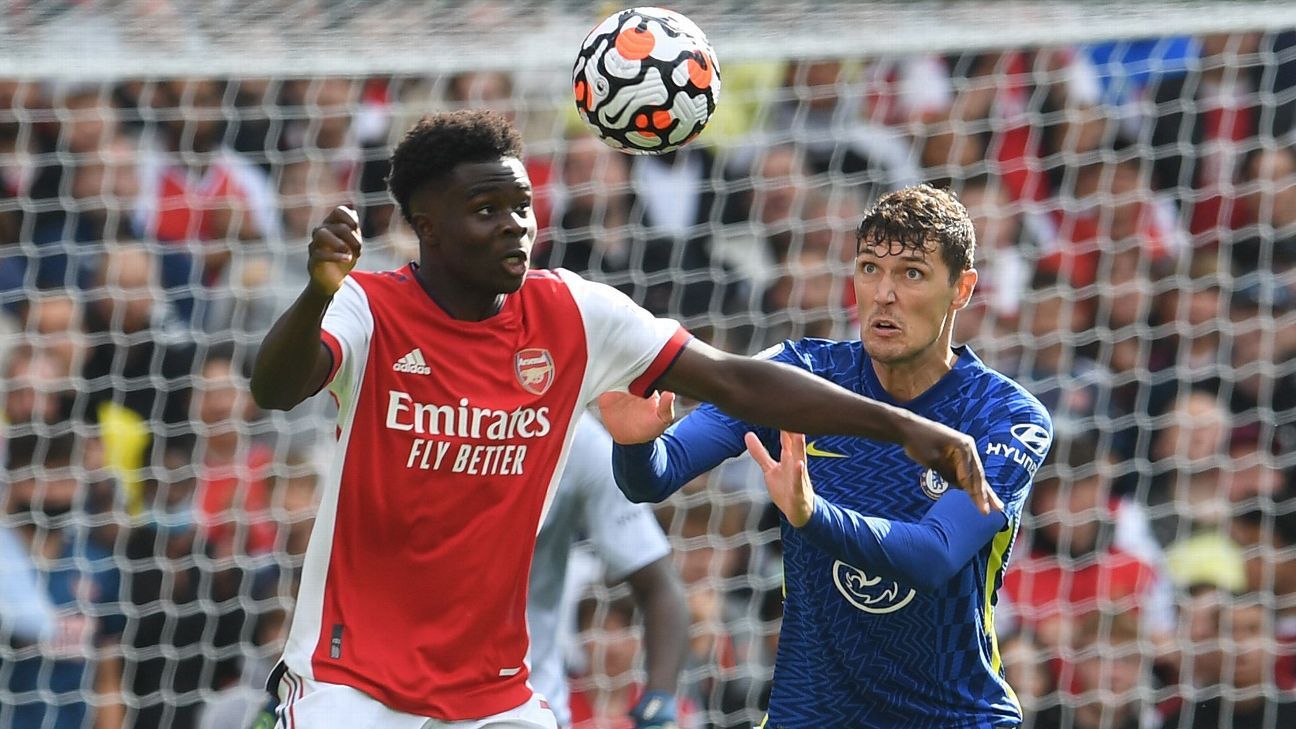 While a sizeable 10-point gap separates them in the Premier League table, Chelsea and Arsenal are almost neck-and-neck when it comes to the competition’s all-time standings.

When it comes to the total points earned since England’s old First Division became the Premier League in 1992, just two points separate the London rivals as we head into the weekend’s round of fixtures.

Chelsea are second in the all-time Premier League table with 2,097 points accrued from 1,129 games, while Arsenal are narrowly behind on 2,095 points from precisely the same amount of fixtures.

Both teams are due to kick off at 3 p.m. GMT on Saturday in matchweek 16. At the close of play, we may well see Arsenal recapture second place in the all-time table if they beat Southampton at the Emirates Stadium and Chelsea lose to Leeds United at Stamford Bridge. Even a draw for Chelsea would be enough to allow a victorious Arsenal to go above the reigning European champions thanks to their superior overall goal difference (+852 to +831).

This is only the second time since the Premier League began in 1992-93 that Chelsea have held second place in the all-time standings. The first instance came last month during matchweek 12 when Thomas Tuchel’s team won 3-0 at Leicester City in the early game on Saturday, Nov. 20 before Mikel Arteta’s side suffered an embarrassing 4-0 thrashing at Liverpool in the last match of the day. That put Chelsea on 2,093 points, one point ahead of Arsenal on 2,092.

However, the Gunners reclaimed second spot the following week when they beat Newcastle United 2-0 at home on Saturday, Nov. 27’s lunchtime kick-off and Chelsea were held to a 1-1 draw at home by Manchester United the next day — thus tipping the overall points tally back 2,095-2,094 in Arsenal’s favour.

It didn’t last long though, as matchweek 14 saw Chelsea leapfrog Arsenal again when the former won 2-1 at Watford at Vicarage Road on Dec. 1 while the latter lost 3-2 at Manchester United the following night. Both sides slumped to defeats last time out — Chelsea lost 3-2 at home to West Ham United on Saturday and Arsenal were pipped 2-1 by Everton on Monday — to ensure the all-time points remain at 2,097 vs. 2,095 as we head into this weekend’s action.

Indeed, matchweek 16 sees both Chelsea and Arsenal facing bottom-half opposition, with neither Leeds (one win in five league games) or Southampton (0 in 4) enjoying a particularly healthy run of form ahead of their respective trips to the capital.

For the sixth straight year, ESPN presents its annual ranking of the best men’s players and coaches! A collection of Top 10s features No. 1s from six clubs, with 41 new entries and 28 nationalities. Read

Chelsea may well surrender second place once again on Saturday, but the fact of the matter is that they have been gaining ground on the Gunners for a long time.

The Blues have been steadily closing the gap ever since Roman Abramovich took over at Stamford Bridge in the summer of 2003 and began spending big money on transfers to improve the squad. At that point, Arsenal had a total of 773 Premier League points (and two league titles) to Chelsea’s 665.

However, since the Russian billionaire’s arrival, the Blues have taken 1,432 points (and five league titles) in comparison to the Gunners’ 1,322 (with only one more title won, in 2003-04). Indeed, since Arsene Wenger departed the Emirates at the end of the 2017-18 season, the Gunners have amassed 210 Premier League points, while Chelsea have taken 238 points in that same period.

By virtue of their greater success since the turn of the century, Chelsea now possess a slightly higher average for points per season than Arsenal — 69.90 to 69.83 — which is a sign that the Gunners may soon see their long-held second place on the all-time table slip well out of their grasp.

Who is top of the all-time table?

In case you need it spelled out just who is above Chelsea and Arsenal at the summit of the Premier League all-time table, the runaway leaders are — of course — Manchester United.

Thanks to a sustained period of dominance that began with the inaugural Premier League championship in 1992-93 and lasted throughout Sir Alex Ferguson’s illustrious 13-title tenure, United have a huge 235-point lead over their closest rivals. The Red Devils have amassed an enormous 2,332 points from 1,129 games, winning 87 more league games than any other team in Premier League history.

Liverpool on the up

Chelsea aren’t the only team who are closing in on Arsenal, with Liverpool’s modern resurgence under Jurgen Klopp seeing them quickly gaining ground on the Gunners. The Reds are currently in fourth place in the overall Premier League table with 2,051 points from 1,129 games, 44 points behind Arsenal.

This gap has shrunk dramatically over the course of the last four seasons (2018-19 to 2021-22). Over that period, Liverpool have won a title (their first in 30 years) and collected a total of 299 points while Arsenal have finished fifth, eighth and eighth in that time and collected just 210 points.

Manchester City recently rose up to sixth place in the all-time Premier League standings, overtaking stalwarts Everton on the final day of the 2020-21 season by finishing 27 points ahead of the Toffees in the table and thus going one point above them in the all-time table too. This is despite Everton being present in all 30 top-flight seasons since 1992-93 and City missing five top-flight campaigns due to several relegations in the 1990s — they even found themselves wallowing in the third tier of English football for the 1998-99 season.

However, the takeover by Sheikh Mansour of Abu Dhabi in 2008 saw the club surge to the top table, winning five Premier League titles since their first in 2011-12 and becoming one of the most dominant forces in the competition.