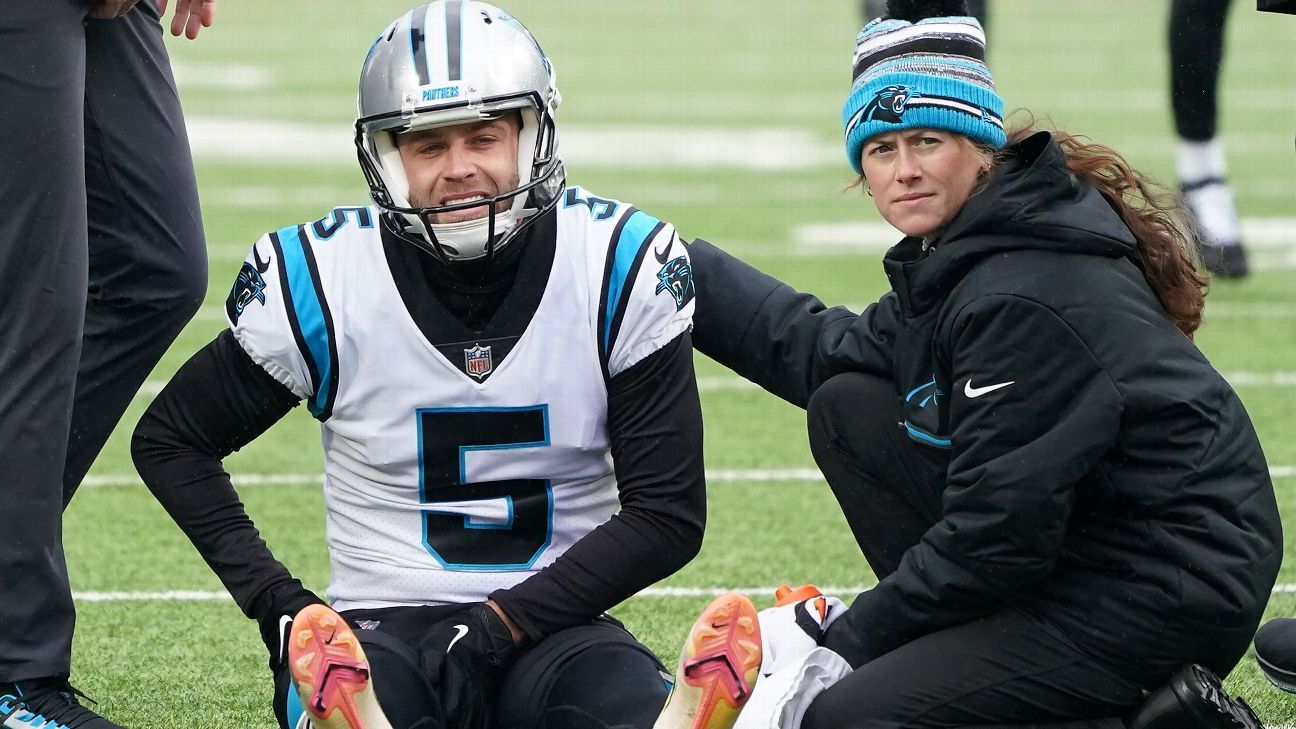 Gonzalez was attempting short-range field goals when he went to his knees on the field that had been dusted by light sleet and snow. He had to be helped off the field by deep snapper J.J. Jansen and other team officials.

The 26-year-old has hit 17 straight field goals since missing one in an Oct. 3 game at Dallas.

The Panthers (5-8), still mathematically in the hunt for a wild-card spot in the NFC, immediately went into emergency tactics to replace Gonzalez.

Quarterback P.J. Walker also attempted a field goal before the game and missed.

Wes Welker is the only position player to make a field goal in a game since 2000, converting a 29-yard attempt for the Miami Dolphins in a game against the New England Patriots in 2004, according to ESPN Stats & Information. Five different position players have attempted a PAT since 2000.

The Panthers could be forced to gamble on fourth downs when in field goal range and go for two points after touchdowns.

The Panthers signed Gonzalez off the Detroit practice squad on Sept. 14. He has been named the NFC special teams player of the week twice.