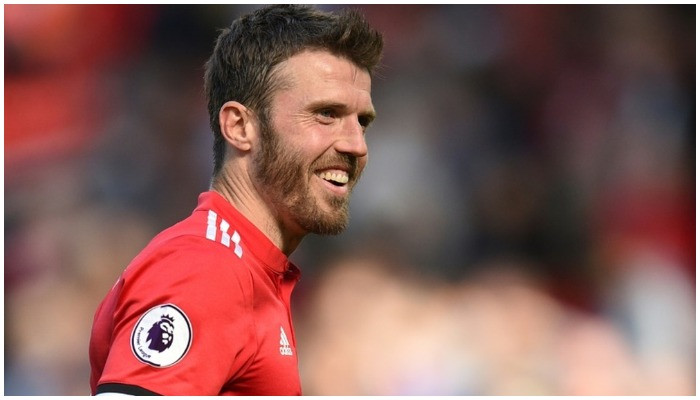 Michael Carrick said Monday he is relishing the “privilege” of taking temporary charge at Manchester United as captain Harry Maguire demanded the players take responsibility for the disastrous results that led to the sacking of Ole Gunnar Solskjaer.

Solskjaer was sacked on Sunday after a dismal run of one win in seven Premier League games, which included heavy defeats to Leicester, Liverpool, Manchester City and Watford.

Carrick, 40, was part of the Norwegian’s coaching staff, but will take caretaker charge while the club work on plans to appoint an interim manager until the end of the season.

“To see Ole unfortunately lose his job yesterday was tough for me and tough for a lot of people at the club,” said Carrick, who won a clutch of major trophies as a United player between 2006 and 2018.

“You could tell by the emotion around the place yesterday what Ole meant to everyone.

“We understand and Ole understands it’s a results business so as much as you build the right foundations and environment and you show people the way, you sometimes don’t get what you deserve.”

Solskjaer was also initially put in temporary charge following Jose Mourinho’s sacking in December 2018, but a run of 14 wins in his first 19 games earned him the job.

Carrick was coy on the possibility of replicating that turn of events, with his focus on securing a place in the Champions League last-16 with victory against Villarreal in Spain on Tuesday.

“Whether it’s one game, two games, whether it’s a little stretch longer than that, right now, it’s literally about tomorrow,” he said. “It’s a big game, obviously for us in terms of the group stages and trying to get through.

“It’s a privilege for me to sit in this position and I understand the possibilities that come with that.

“The focus now is on flipping our mindset very quickly and that’s something this club has done very well historically.”

United captain Harry Maguire, who was sent off during Saturday’s 4-1 humiliation at Watford, accepted the players had to accept responsibility for costing their former manager his job.

“The players need to take responsibility for everything on and off the football field. We’re the ones that cross over the white line,” said the England defender.

“Ultimately, the manager’s paid the price and we’re all disappointed for that. Of course, we take huge responsibility, we haven’t been good enough.”

Solskjaer addressed the United players during a two-hour meeting on Sunday after being told he would be relieved of his duties.

“We respect thoroughly what Ole has done for the club — he is a legend of the club and he will remain a legend at the club,” said Maguire. “I don’t want to go into too much depth about what he said but he wished us well.

“One thing he did say is that he will be supporting us and wanting us to win every game of football, which obviously shows the values of the man.”

Maguire has been one of the main culprits for United’s awful run as the form he showed in helping England to the final of Euro 2020 has deserted him at club level.

The world’s most expensive defender, who was one of Solskjaer’s first signings when he joined from Leicester for Â£80 million ($107 million) in 2019, accepted things must improve.

“We’ve got to find something within ourselves, to find that focus, to find that mentality to go and produce a good performance tomorrow and get the result that we need for this club,” he said.