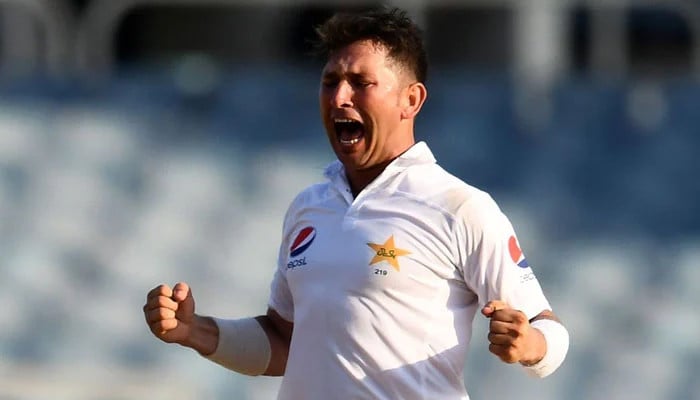 ISLAMABAD: A case has been registered against  Test cricketer Yasir Shah  at Islamabad’s Shalimar Police Station  for his alleged involvement in aiding rape and harassment of a 14-year-old girl.

In the first information report (FIR), the girl said that Yasir’s friend, Farhan, had allegedly raped her at gunpoint, filmed her ordeal, and harassed her.

“When I approached Yasir on WhatsApp and told him about the incident, he made fun of me and said that he likes underage girls,” the complainant alleged in the FIR.

The girl further alleged that the Test cricketer had warned her of “dire consequences” if she approached the authorities over the incident.

“Yasir Shah said that he was a very influential person and that he knew a high-ranking official […] Yasir Shah and Farhan make videos and rape underage girls,” she alleged.

The complainant added that when she approached the police, “the national cricketer proposed to buy me a flat and bear my expenses for the next 18 years”.

Responding to the development, the Pakistan Cricket Board (PCB) said that it had “noted that some allegations have been levelled against one of our Centrally Contracted players”.

“The PCB is presently gathering information at its end and will only offer a comment when in possession of complete facts,” the board said in a statement.