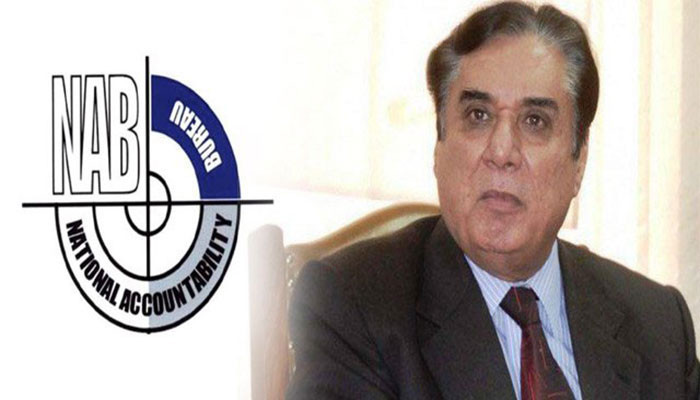 LAHORE: National Accountability Bureau (NAB) Chairman Justice (R) Javed Iqbal Thursday said that abusing NAB would not end cases, and all cases would be disposed of on merit only.

He was speaking at a ceremony, held at the NAB Lahore offices for giving away Rs338.5 million cheques to victims of Toyota Gujranwala Motors scandal, and the Public Health Engineering Cooperative Society scam.

Javed Iqbal said, “Controversies have been created about the Bureau because it questioned powerful people for laundering money worth billions of rupees.”

He regretted that storm in a teacup was created about whereabouts of billions of rupees, recovered by the Bureau. He said a complete account of NAB recovery was available and had been audited thrice, but no significant objections had been raised. He said the government land worth billions had been recovered by NAB in Gwadar and Sindh. However, some people wanted to survive in politics by blaming NAB, he added.

“Not all recovered amount is in cash that can be deposited in the national treasury,” the chairman added. He said it was a difficult task to bring back the looted wealth of Pakistan.

The NAB chief said 1,270 references worth Rs1,386 billion had been filed by NAB in accountability courts and indirect recovery worth billions of rupees was made. He said NAB Lahore had showed great performance; it recovered billions of rupees and handed over to the victims.

Referring to speedy decisions in NAB cases, he said that according to the law, the final decision on the reference was prerogative of the accountability courts. The logical conclusion of NAB reference takes place when the Bureau files reference in the court.

The NAB chief rubbished allegations of siding with the government and questioned those who accuse the anti-graft body of not going after the ruling party. He said the government was not a sacred cow for NAB.

He said NAB always performs its duties within the ambit of Constitution and law. Direct and indirect funds recovered from the accused are entrusted to NAB which are deposited in the national treasury and handed over to the agencies concerned through various functions, the chairman added. He said that some people want to keep their politics alive on the basis of NAB. He said “you must criticise NAB, but you should also be aware of the complete facts especially the NAB performance. Eliminating corruption from the country is a responsibility of the entire nation, including NAB. In the past, baseless propaganda had been spread against NAB especially by those against whom references were being heard in respectable accountability courts, the chairman said. He said that NAB had decided to file appeals in accountability courts for hearing mega corruption cases on daily basis.

NAB was also criticised for questioning the money laundering of billions through ‘Papadwala and Chhabriwalas’. He said that the law had given NAB the power to ask any accused that how he made properties worth crores of rupees.