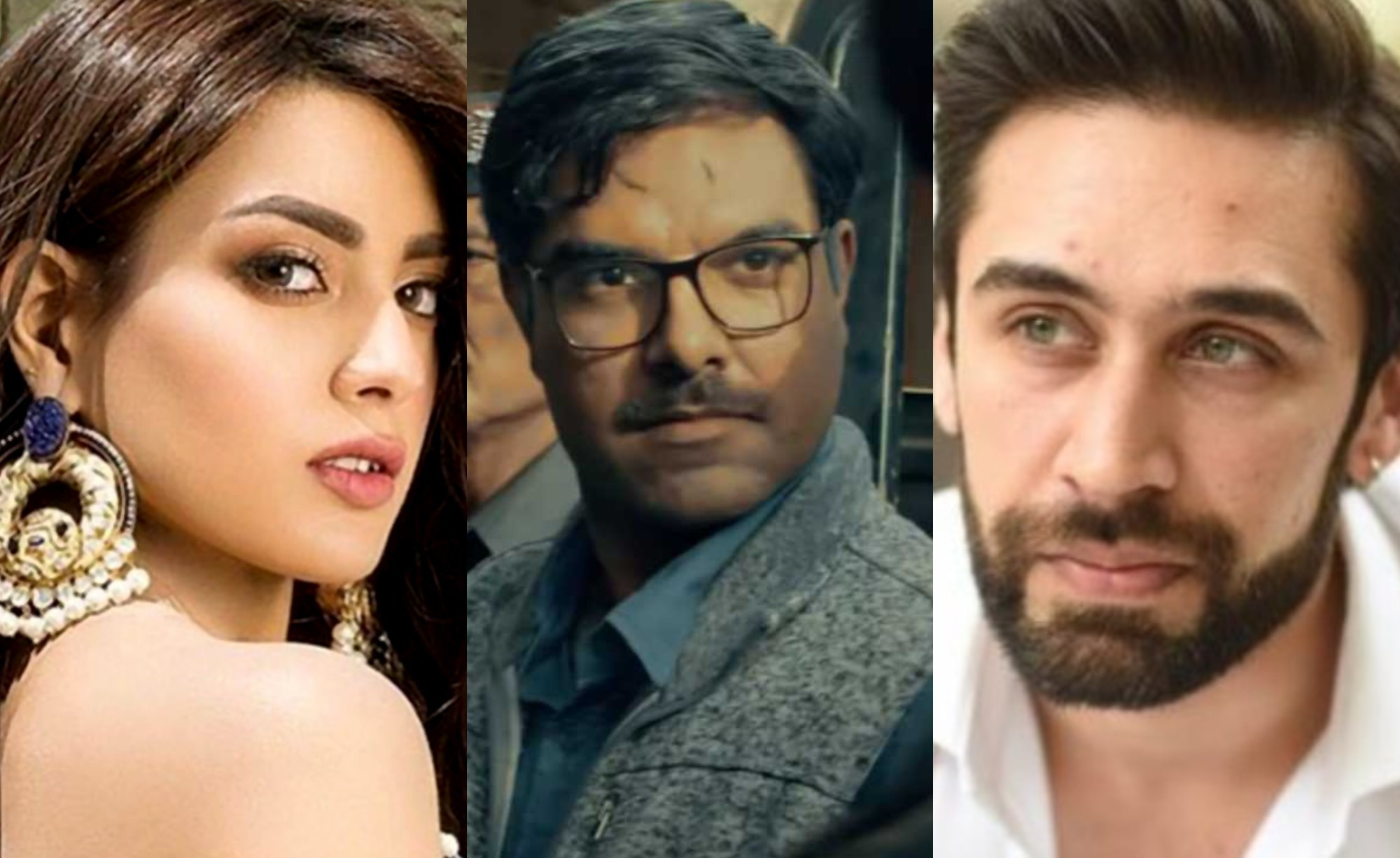 The Punjab government and the Central Board of Film Censors (CBFC) pulled Yasir Hussain and Ayesha Omar starrer Javed Iqbal from cinemas a day before its release. The Abu Aleeha directorial was slated to be screened in theatres across Pakistan on Friday.

Now, the likes of Iqra Aziz and Ali Rehman Khan have joined the cast in its protest against the decision on social media, while Osman Khalid Butt had already aired his disapproval when the news broke out.

“Why can’t we just accept the fact that this really happened in the 90’s. Is Pakistani entertainment only limited to comedy and romance?” asked Aziz in an Insta post dedicated to her husband’s film. “Humari audience kehti hai humain kuch aur bhi dekhao, lekin kese? (Our audience begs for us to show them something different but how do we do that?) I think our Pemra hasn’t heard Ted Bundy’s tapes yet,” added Aziz, referring to the notorious American serial killer who has become the subject of numerous docu-films and series over the years.

Khan also tweeted asking, “With a film industry trying to stay buoyant, how on earth can we move forward when every other film gets banned for no real apparent reason?” He continued, “Time to think beyond our personal prejudices and insecurities and allow for real stories to be told.”

With a film industry trying to stay buoyant, how on earth can we move forward when every other film gets banned for no real apparent reason. Time to think beyond our personal prejudices and insecurities, and allow for real stories to be told. #justiceforjavediqbalmovie

Prior to this, Omar had shared an elaborate post on Instagram to air her sadness over the decision. She wrote: “This is so sad. The film had been passed by all censor boards including Punjab and only then was the release date announced. But right after the Karachi premiere, the Punjab Government decided to halt the release and review it again?” The actor explained how films based on real-life villains like Iqbal are real horror stories that need to be told because they “expose the psychology of psychopath serial killers, talk about issues like child kidnapping, abuse and murder, shed light on the dark side of society and our social construct.”

Stressing on how hard the makers, cast and crew worked on the film, Omar concluded with the hope that may the government make the “right decision” for Pakistani cinema’s survival. “And also, so that inhuman humans like Javed Iqbal can be identified in society. The director and producer have filed a petition against this decision in Lahore high court. Praying for the best.”

Hussain, too, aired a similar, rather frustrated concern on Instagram. “Aaaaaa, I did not understand the reason for this ban… Film Javed Iqbal mai bola gaya such hazam nahi hua ya kisi ko show pe bulana bhool gaye (Could regulation authorities not digest the truth told in the film or did we forget to invite someone)?” he asked. “Will our source of entertainment always be cricket and television serials? Or will independent filmmakers get a chance already?” continued the actor.

Release the #JavedIqbal film!
Halting it ‘in the wake of persistent complaints received from different quarters’ 𝘢𝘧𝘵𝘦𝘳 it was cleared for release by all censor boards is incredibly vague and a terrible look for the future of Pakistani cinema.

On Friday, actor Osman Khalid Butt had tweeted: “Release the Javed Iqbal film! Halting it ‘in the wake of persistent complaints received from different quarters’ 𝘢𝘧𝘵𝘦𝘳 it was cleared for release by all censor boards is incredibly vague and a terrible look for the future of Pakistani cinema.”

Earlier, censor Board insiders confirmed to The Express Tribune that they had previously not banned the film but had suggested a few cuts and beeps. However, when they went to the premiere, they saw the film being screened unedited and uncut. The Board insiders are willing to call a full board to reconsider the film but they haven’t received any request from the makers in writing. The Express Tribune also reached out to the Sindh Censor Board to verify the same and is still awaiting a response.