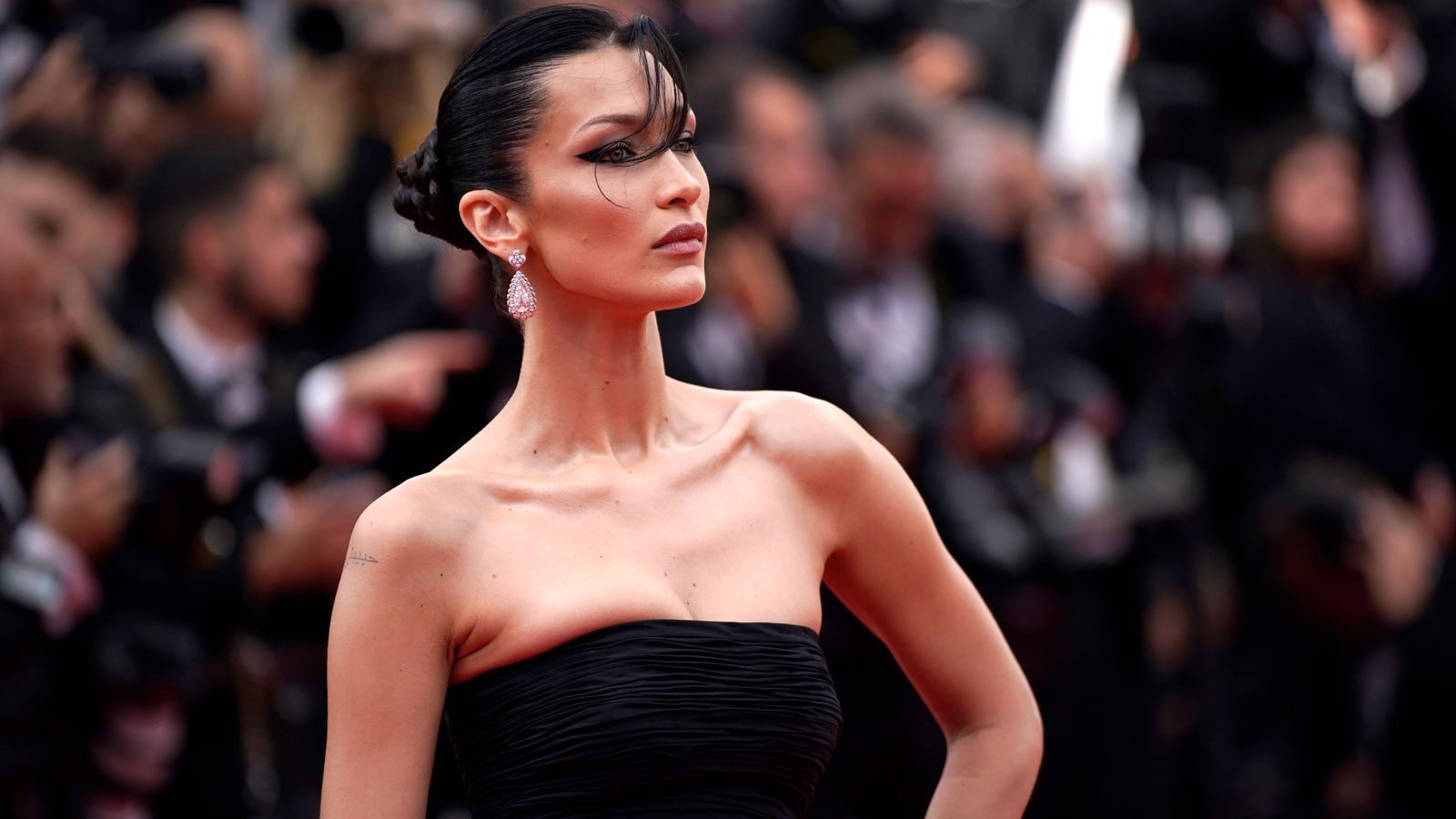 This year, Hollywood A-listers took to the red carpets of various events, styling previously owned attires or decked in extravagant fashion creations that were made out of sustained pieces of cloth. From Bella Hadid to Shawn Mendes, here is how Hollywood celebrities led the way toward sustainable fashion. 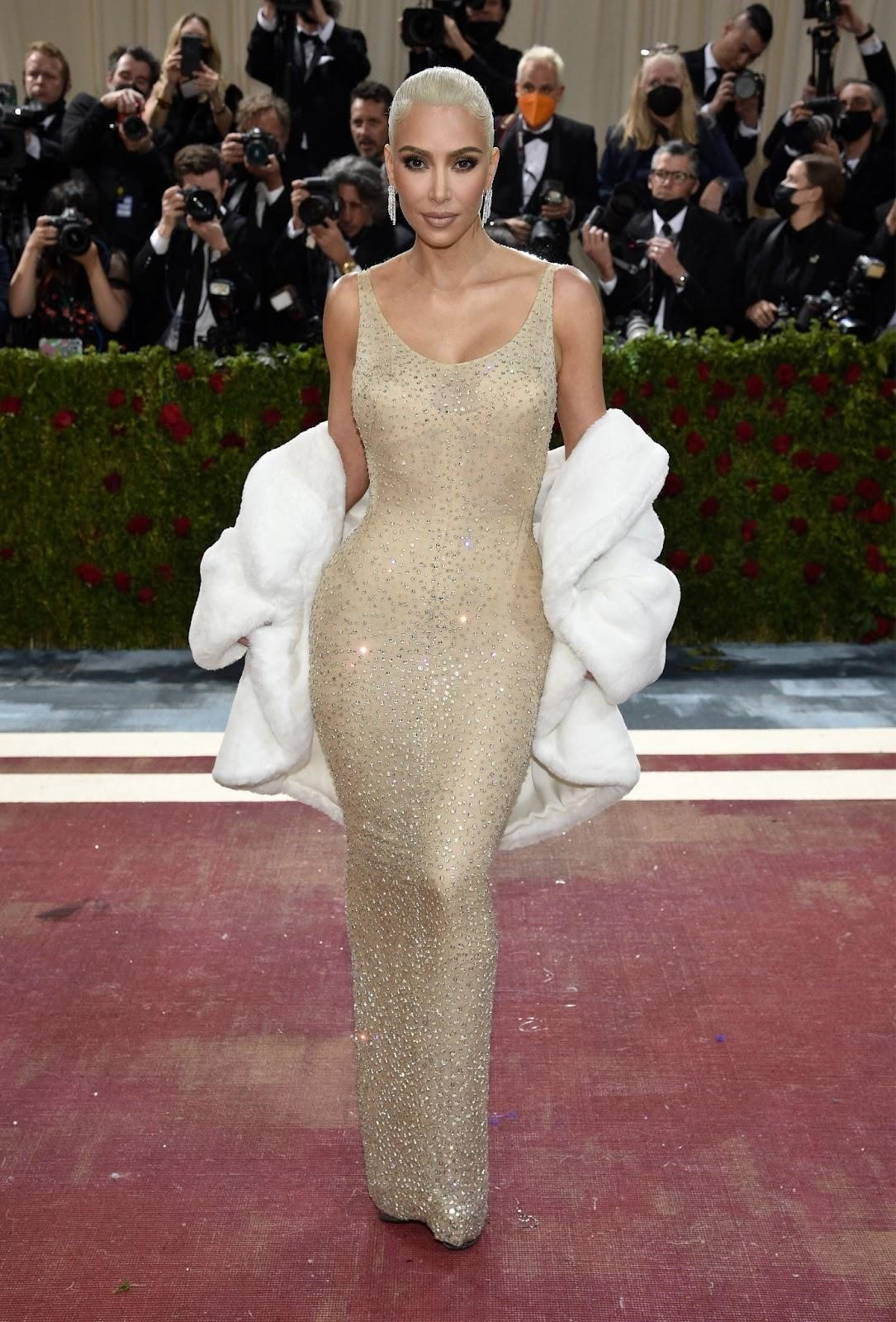 Making it a point to promote eco-friendly fashion choices, Kim sent fans into a tizzy with her 2022 Met Gala outfit. The style icon and model set fire to the red carpet with her breathtaking debut wearing Marilyn Monroe’s famous dress from when she sang ‘Happy Birthday’ to President John F Kennedy in 1962.

According to Vogue, this vintage dress was a creation of the French Hollywood costume designer, Jean Louis based on a sketch produced by Bob Mackie and ages back to 60 years. The dress was sheer, nude and form-fitting as it hugged the model’s body, enveloped in rhinestones.

To embody the original look, the model paired it with a white fur coat, similar to that of Monroe’s. Her bleached blonde hair was styled into a sleek bun to flaunt her diamond Cartier earrings. In an attempt to preserve the glamorous simplicity of the attire, the model went with her signature nude makeup look. The dress’s rich history made this year’s Met Gala specifically momentous for Kim. 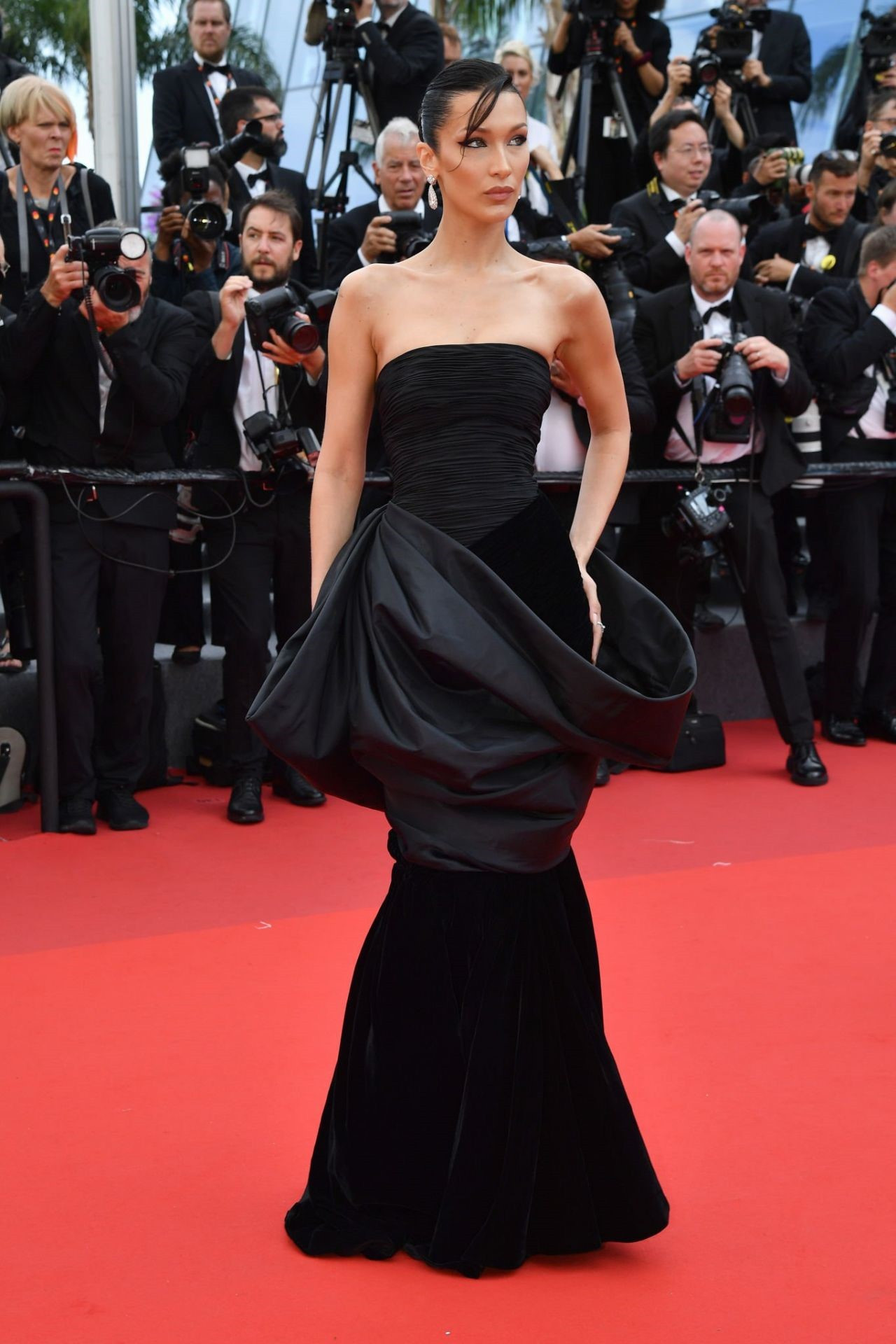 All eyes were on the supermodel as she made an appearance on the red carpet of the 75th Cannes Film Festival. As per W Magazine, the dress dates back to Gianni Versace’s 1987 Spring Collection and was previously designed for the soprano and mezzo-soprano, Helga Dernesch. The black, floor-length gown was belted with taffeta adorning her waist and its strapless quality accented her luminous décolleté.

The elegance of this vintage dress was underscored by a sleek braided bun and Chopard earrings and rings encompassing classic ‘Old Hollywood’ glamour. Paired with intense eye makeup characterised by heavy eyeliner, the model managed to add her own modern twist to complete the look. 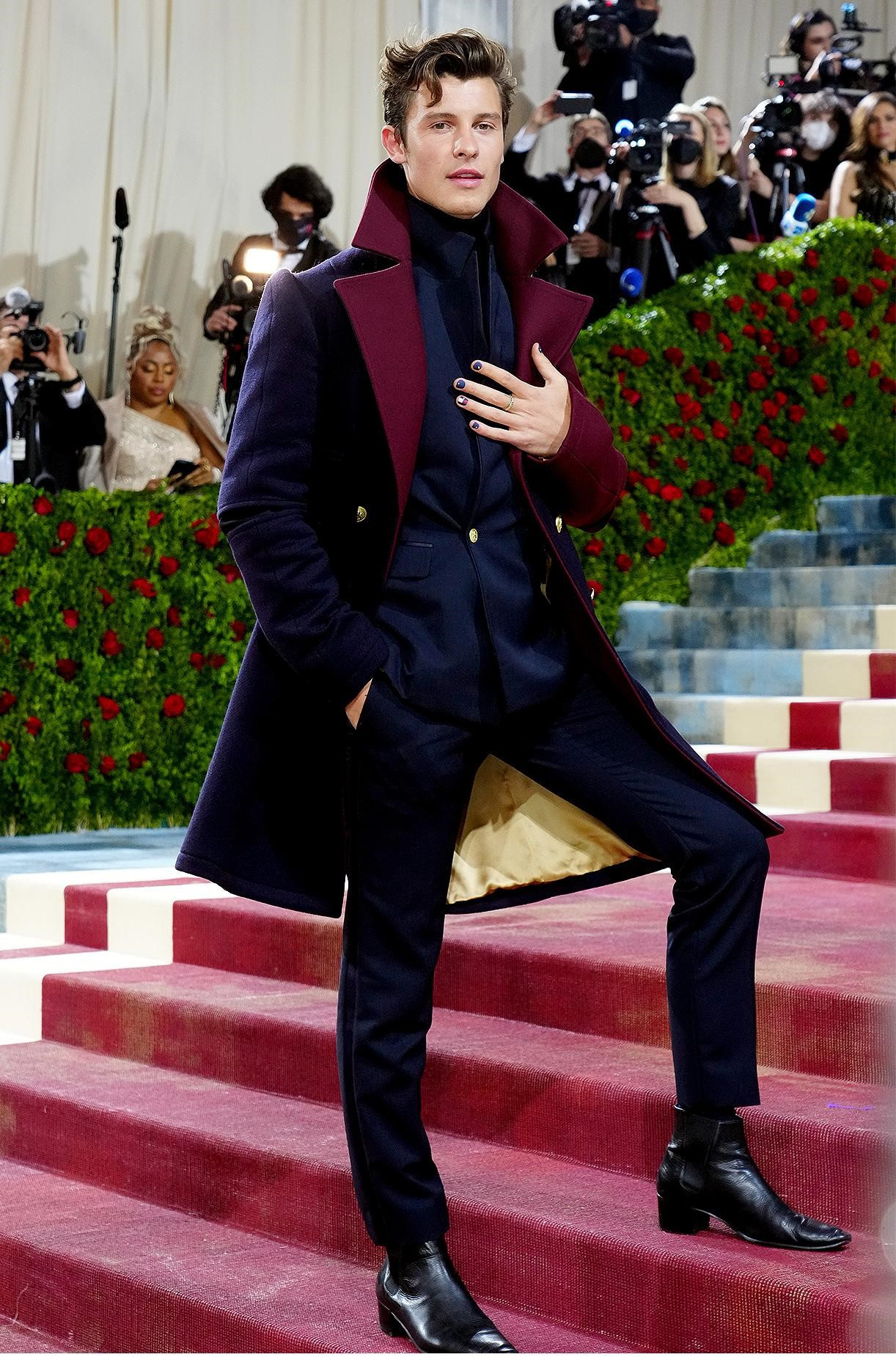 Perhaps one of the only celebrities to truly embody the ‘Gilded Glamour’ theme of the 2022 Met Gala, singer Shawn Mendes charmed fans in an upcycled suit and coat inspired by the early 1900s. Styled in Tommy Hilfiger, the singer wore a red and navy coat with elbow slits and a popped collar embellished with six gold buttons at the front.

Once the coat was off, Mendes allured in a chic navy suit, with a black turtleneck underneath and tied the outfit together with simple, golden band rings and rocking blue nail colour to add a touch of modernity to the attire. The outfit was paired with black, leather-heeled boots and according to People’s Magazine, the singer’s uncanny resemblance to that of Bridgertons Lord Anthony Bridgerton exemplified the element of the gilded age in this look. 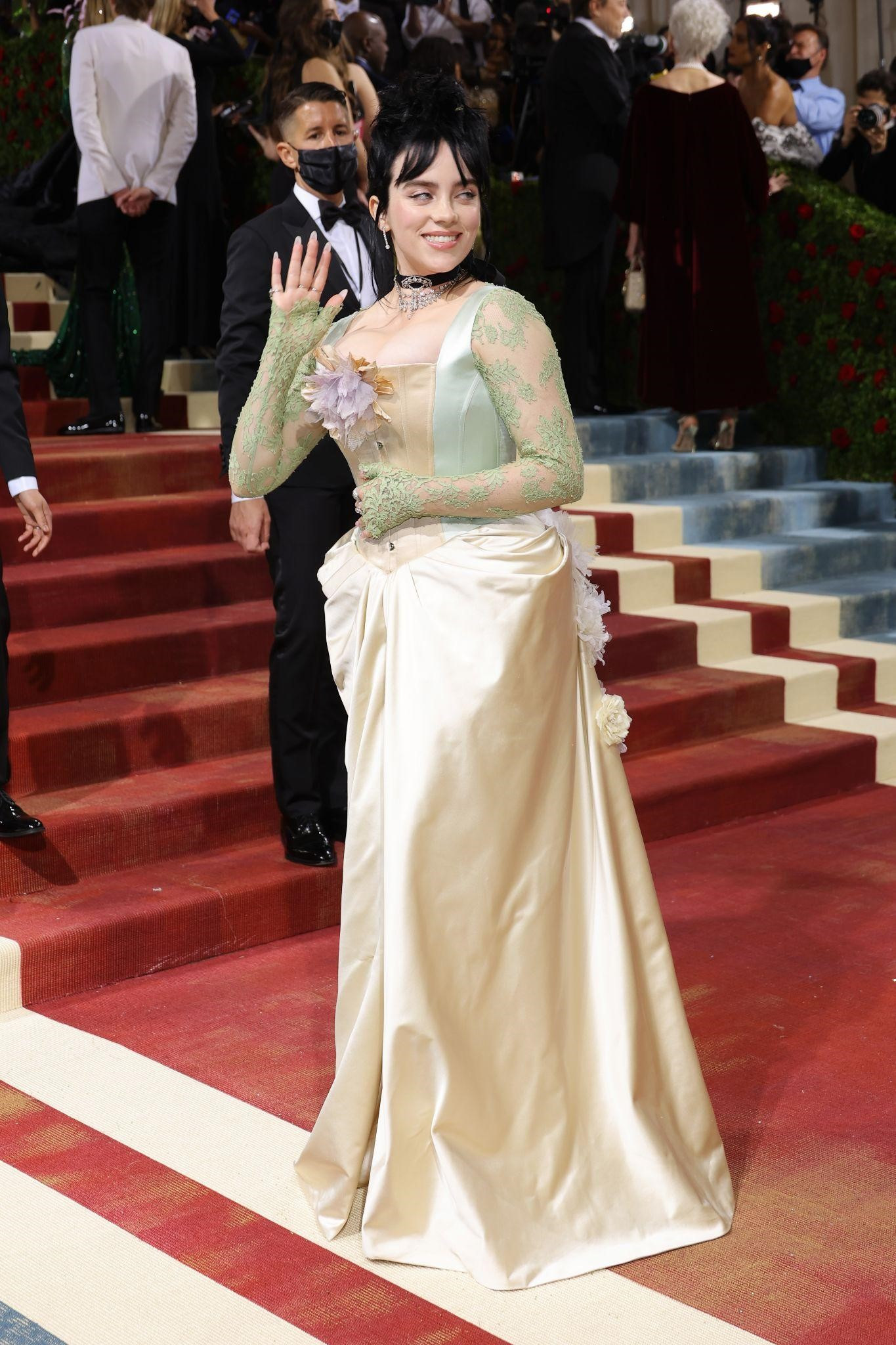 The Gen-Z singer-songwriter was seemingly the most on-theme celebrity at this year’s Met Gala. The singer was not one to shy away from an extravagant look this year as she amazed the crowd with her Gilded Age themed gown, designed by Gucci. Despite being a new creation, the gown was completely sustainable, made with existing materials.

The dress had an episodic nature, with her upper body enveloped in a champagne corset embellished with a corsage at the top, extending into a beautifully draped satin, champagne, floor-length gown. Her long sleeves were made of a dull, sage coloured net material. The look came together with a black vintage choker from jeweller Fred Leighton, layered with a sparkling necklace and paired with dazzling earrings. Her shoes were custom made using vegan leather.