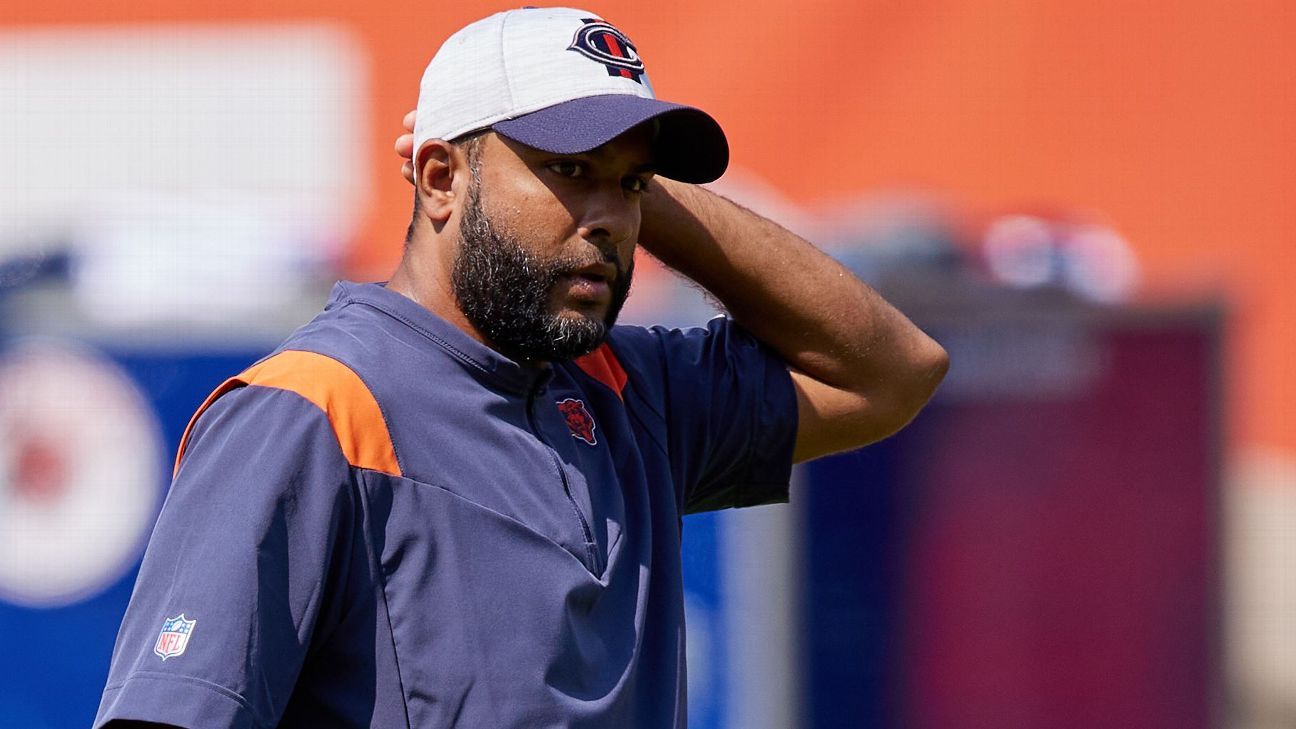 With Lazor and Tabor still out, John DeFilippo and Brian Ginn will serve as the offensive and special teams coordinators, respectively, on Monday night, Nagy said. Nagy suggested that he will be the Bears’ offensive playcaller and will work closely with DeFilippo.

The Bears (4-9) placed cornerback Jaylon Johnson and safety Tashaun Gipson Sr. on the reserve/COVID-19 list Sunday and now have 14 players on the list, including the entire starting secondary, with Johnson and Gipson joining safety Eddie Jackson and cornerback Artie Burns.