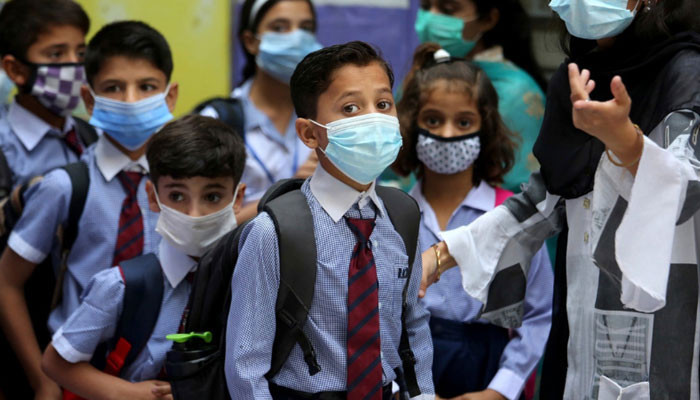 ISLAMABAD: With 13 percent higher mortality ratio than the Western world, Pakistan has become one of the dangerous countries for children as 159 children have died of corona virus in Pakistan since March 2020.

A joint study conducted by Aga Khan University, Karachi’s National Institute of Cardiovascular Diseases and National Institute of Child Health; Children’s Hospital, Lahore; and Benazir Bhutto Hospital, Rawalpindi, revealed that the percentage of deaths among children was over 14 percent, ‘unusually high’ as compared to western countries where mortality rates in kids from COVID-19 to be under one percent.

One in seven children in Pakistan, who contracted moderate to severe COVID-19 lost lives to the virus, a mortality rate that was many times higher than countries in the West, according to a World Health Organization-sponsored multi-centre study in Pakistan.

The sample size of the research comprised of 1,100 children who had tested positive for the virus and had been admitted to the hospital for treatment. The research sample consisted of newborns, infants, babies and adolescents up to 18 years old between March 2020 and December 2021.

The study found that children with underlying health conditions such as malnutrition, cancer or cardiovascular disease were at a higher risk of dying from COVID-19 with findings showing that one in five young patients with comorbidities, or 19.5 per cent, lost their lives.

Even children with sound health were at risk as one in eight such children in Pakistan died after contracting the virus. Similar studies from western countries have found mortality rates in kids from COVID-19 to be under one percent.

Early findings from the study showed the main cause of death from COVID-19 was multi-system inflammatory syndrome, MIS-C. MIS-C typically occurred a few weeks after a child was infected with the virus. It caused vital organs such as the heart, lungs, kidneys, brain, skin, eyes, or gastrointestinal organs to become inflamed. Respiratory ailments were another major cause of deadly complications from the virus. Researchers noted that most deaths in the study occurred in 2021 rather than 2020 which suggested that later strains of the virus might be more deadly compared to the strain at the start of the outbreak in Pakistan.

While overall mortality from COVID-19 in children was lower compared to adults, it was clear that COVID-19 was not a benign disease in children.

“The virus is continuously evolving and the medical community should follow the updated treatment guidelines,” said the health experts, adding, “Paediatricians around the country are now suggesting three potentially life-saving changes to treatment guidelines for critically-ill children.”