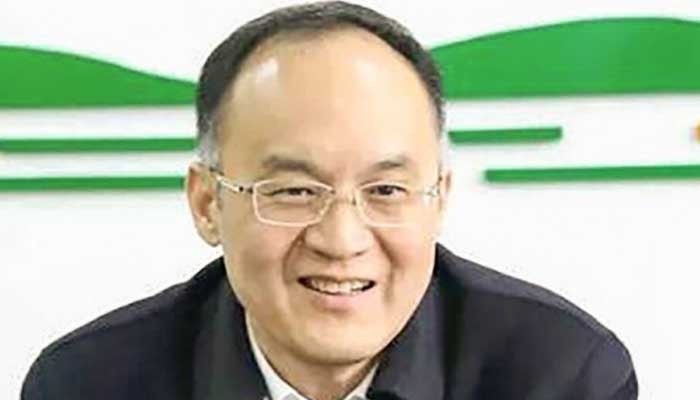 ISLAMABAD: China’s Ambassador to Pakistan Nong Rong on Sunday said that his country appreciates Pakistan for being against the politicisation of sports.

Taking to Twitter, the envoy wrote: “Pakistan’s position to oppose any form of politicization of sports is highly appreciated. The Beijing Winter Olympic Games is not a stage for the posturing and grandstanding of politicians.”

The ambassador also said that China is ready to deliver a streamlined, safe, and splendid Olympics to the world. Nong Rong’s comment came in response to a statement issued by the Ministry of Foreign Affairs on Friday, in which Pakistan had said that it stands against the politicisation of sports in all its forms.

As per the report, Ahmad had said that the event would offer “a spectacular and colourful gala to sports enthusiasts around the world, including in Pakistan,” despite the limitations imposed by COVID-19.

“The Olympic games symbolise sportsmanship, team spirit, unity, effort, struggle, and maintaining grace in competition whatever the results are,” the spokesperson had said. He went on to say that the Olympic spirit espouses fair participation in the events,

and like in all previous Olympic events, Pakistan would like to see the Olympic spirit upheld in true sporting fashion. “Pakistan hopes that all nations will come together in Beijing and afford their athletes an opportunity against the best and showcase their skills,” he had said.