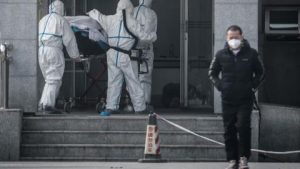 The Chinese government would modernize its climate-related disaster prevention systems and reduce the vulnerability of the economy, as well as its natural ecosystems under its newly-launched national strategy.
China has to develop adaptation systems and monitoring skills at every level of government as the country’s economy and society are increasingly at risk from the climate issue. The government of China has also mentioned in its national climate change adaptation strategy that climate change has already brought serious adverse impacts to China’s natural ecological system, and has continued to spread and penetrate the economy and society.

China was more vulnerable to “sudden and extreme” events as a result of the climate crisis in addition to posing long-term difficulties. The report also noted that pests, transmissible illnesses, and severe weather all posed a rising threat to public health.
According to the plan, the government would update its mechanisms for preventing climate-related disasters and would lessen the vulnerability of both the economy and its natural ecosystems.
China will also aim to build a nationwide climate impact and risk assessment system by 2035 and will require major projects to include climate in environmental impact assessments. It will also boost its early-warning capabilities.
The country would strengthen the monitoring of rivers and lakes to boost flood control and improve water supply security. It will also reform water prices and impose binding consumption targets in key regions. It aims to cut water intensity – the amount used per unit of economic growth – by 16 percent from 2021-2025.

China, the largest carbon emitter in the world, has pledged to bring greenhouse gases to a peak before 2030 and to become carbon neutral by 2060.
However, the country’s climate commitments have come under international scrutiny as it seeks to strike a balance between maintaining economic growth and decarbonizing its coal-heavy energy system.