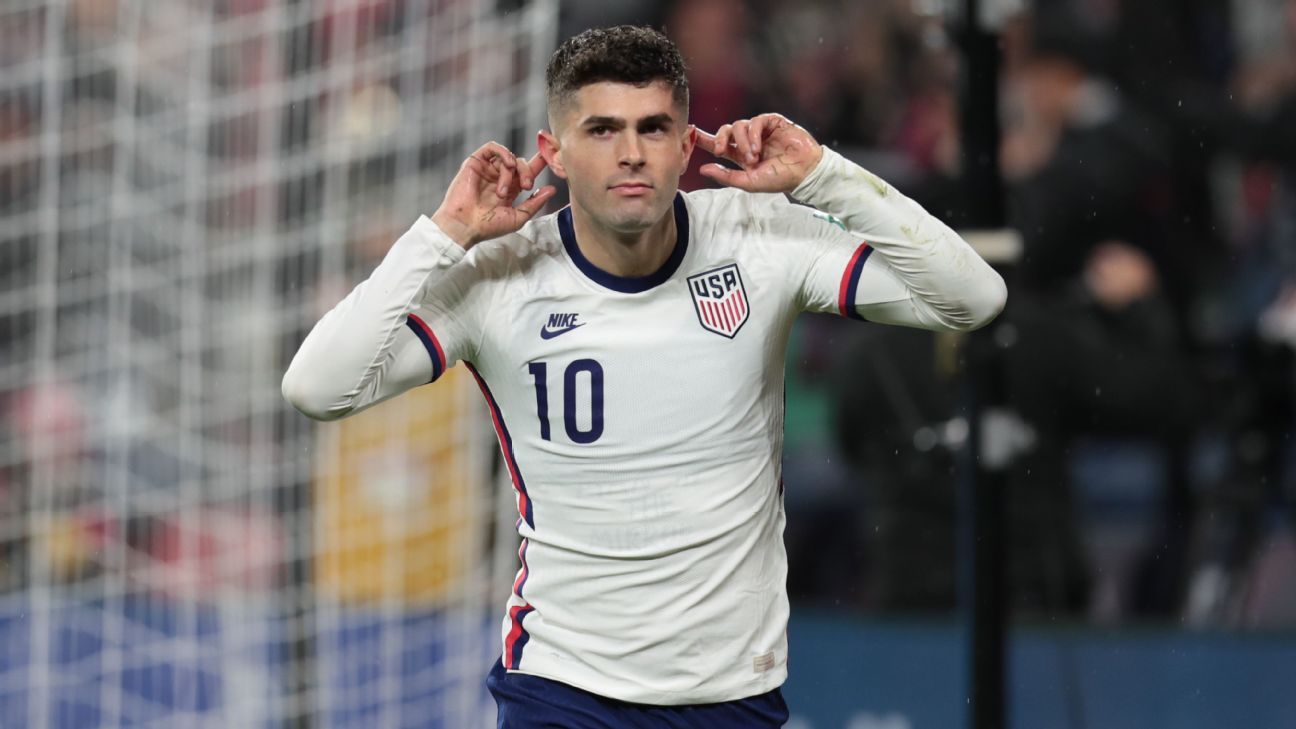 Ricardo Pepi was named the governing body’s young male player of the year before the U.S. team’s final exhibition of 2021 against Bosnia and Herzegovina on Saturday night.

Pulisic became the first American to play in the Champions League final and the first to win it during Chelsea’s championship season. He had six goals and four assists across 40 appearances for the London club, highlighted by a two-goal game against Crystal Palace in April and a goal against Real Madrid in the first leg of the Champions League semifinal.

For his national team, Pulisic served as team captain four times and also scored three game-winning goals, including two against archrival Mexico. The Pennsylvania native put in a penalty kick in the CONCACAF Nations League final, and he scored on his first touch last month after coming off the bench in a World Cup qualifier.

The 18-year-old Pepi had a dynamic debut with the national team against Honduras in September, posting a goal and two assists in a 4-1 victory. He then scored two goals against Jamaica in October, cementing his status as one of the most promising young talents playing in the U.S. system.

The FC Dallas forward and El Paso native chose to represent the U.S. over his parents’ native Mexico in August, shortly after he was selected for his first MLS All-Star Game.

The 23-year-old Pulisic also won the top award in 2017 and 2019, and he won the young player award in 2016. He joins Clint Dempsey, Landon Donovan and Kasey Keller as the only men to win it at least three times, and Pulisic is the youngest three-time winner.