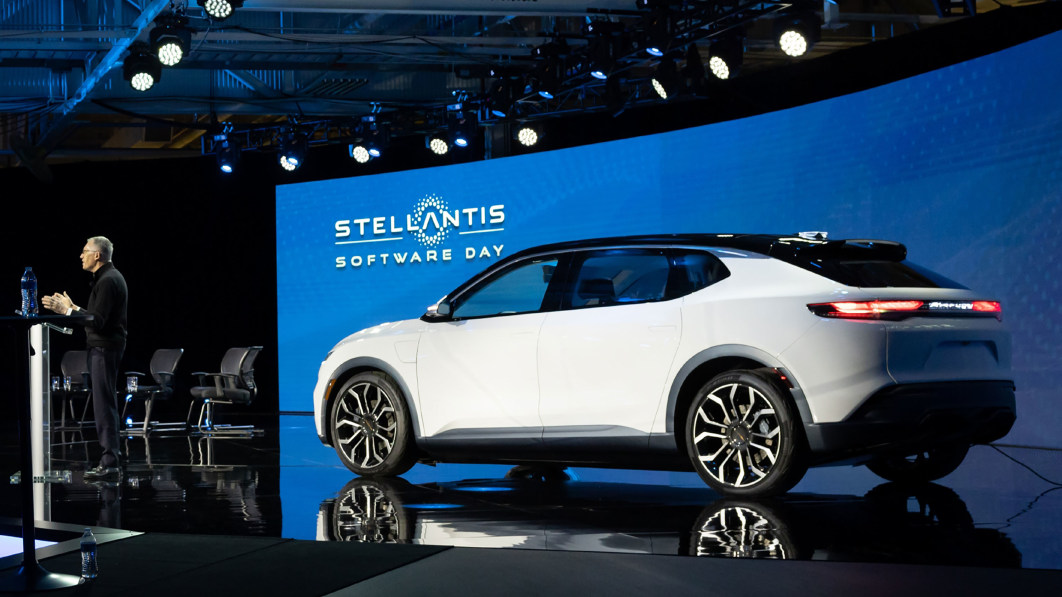 At the 2020 Consumer Electronics Show (CES), the Airflow Vision Concept took the starring role on the Chrysler stand. More than a year later, Stellantis used its EV Day to show what looked like a running, rolling evolution of the Airflow Vision Concept, but the automaker didn’t reference any names for the product. Finally, at one point during the company’s Software Day this week, the company brought the production-looking battery-electric crossover out once again, only this time it has a name: Chrysler Airflow.

The Stellantis roadmap contains blank spots in the 2022 and 2023 new reveal columns for the Chrysler brand. Car and Driver believes the Airflow could be one of Chrysler’s new debuts in 2024. The automaker hasn’t offered any details, so the most that can be done with the Airflow is to examine the pieces that Stellantis had already spoken of and see which ones fit. The OEM filed a trademark application for the Airflow name in 2019 and 2021. C/D thinks the five-seat production vehicle will ride on STLA Medium platform and be about the size of the Ford Mustang Mach-E and Volkswagen ID.4.

The STLA Medium architecture will serve premium offerings for the C and D segments, will fit battery backs between 87 kWh and 104 kWh and two sizes of e-motors — a smaller motor producing from 168 to 242 horsepower, and a bigger motor putting out anywhere from 201 to 443 hp. Maximum range could be as much as 440 miles, depending on battery and motor combination. The platform slots between the STLA Small and STLA Large, a fourth STLA Frame platform serving trucks and vans.

Just before a four-minute video segment that showed Stellantis CEO Carlos Tavares driving the Airflow, the automaker’s head of software said, “It’s closer than you think and more than a pure concept.” The video shows a range of screens lining the instrument panel, plus a couple more in the back, as well as what look like plush materials and the obligatory panoramic sunroof. With the company aiming to hit 20 billion euros ($22.7B U.S.) in revenue from software by 2030, it said, “The Chrysler Airflow Concept shown in the Stellantis Software Day presentation represents the future of connected vehicles.” The first we’ll see of that could be the three new software platforms planned to roll out in 2024, all of them powered by AI.

CES 2022 isn’t far off, and Stellantis has told us there’s a big announcement for 2022. If either of those events formally declare the Chrysler brand will get something new and fresh and cutting edge to sell alongside the Pacifica and 300, we figure there will be more than just a little applause. The Airflow segment shown during the Software Day livestream starts at 52:03 in the video above.