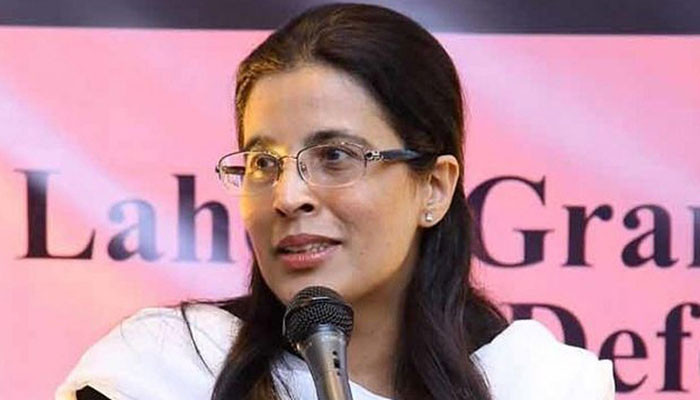 ISLAMABAD: The Judicial Commission of Pakistan (JCP) would consider on January 6, elevation of Justice Ayesha A Malik of the Lahore High Court to the Supreme Court of Pakistan amidst strong resistance from legal fraternity who believe the judges should be appointed on the basis of seniority.

Meanwhile, the Pakistan Bar Council, the apex body of the legal fraternity, on Friday vowed to resist the consideration of Justice Ayesha A Malik with full force. Khush Dil Khan, Vice-Chairman, Pakistan Bar Council, expressed his serious reservations over the move to violate the seniority principle for elevation of judges to the Supreme Court and High Court.

In a statement issued here, he emphasized that it is consistent stance of the legal fraternity that the judges should be elevated/appointed on the principle of seniority in all courts and the practice of pick and choose should be stopped. “If the seniority principle is violated in elevation/ appointment of judges to the Supreme Court, High Court and the lower courts, the legal fraternity will resist it with full force,” he said.

It is pertinent to mention here that it is the second time that Chief Justice Gulzar Ahmed has proposed the appointment of Justice Ayesha A Malik of Lahore High Court for the Supreme Court. Earlier in September, her elevation remained inconclusive due to a split when our members of the Judicial Commission of Pakistan opposed while four others supported her elevation. The Judicial Commission thereafter deferred the matter.

At the same time, Pakistan Bar Council Vice Chairman Khushdil Khan and President Supreme Bar Association Abdul Latif Afridi, along with other lawyer’s representative organizations, had staged a protest in the Supreme Court while lawyers also did not appear before the court. They urged that appointment to the Supreme Court be strictly made on seniority basis.

Justice Ayesha became an LHC judge in March 2012. In case of her elevation, she will work as a Judge of Supreme Court until June 2031. She will also become the chief justice of Pakistan after the retirement of Justice Yahya Afridi in January 2030. It is pertinent to mention here that no female judge has ever been elevated to the Supreme Court in the judicial history of Pakistan.

After the last meeting of Judicial Commission of Pakistan held in September, Attorney General Khalid Javed in his statement had said the appointment of the first woman judge to the apex court would have been a historic occasion and though he supported the nomination of Justice Mrs Ayesha A. Malik by the Chief Justice of Pakistan, he would prefer that the first woman judge be appointed by unanimous recommendation of members of JCP as well as full support of the Bar.

“Since the consensus for evolving criteria for appointment to the Supreme Court is yet to develop and response of the Bar is awaited, I would recommend that subject to the permission of the Chief Justice/Chairman, JCP, the Members of JCP may consider, decide and resolve that there should at least be one seat, with possibility of more in future, earmarked for appointment of a woman as Judge of the Supreme Court of Pakistan,” the AG had suggested to Commission.