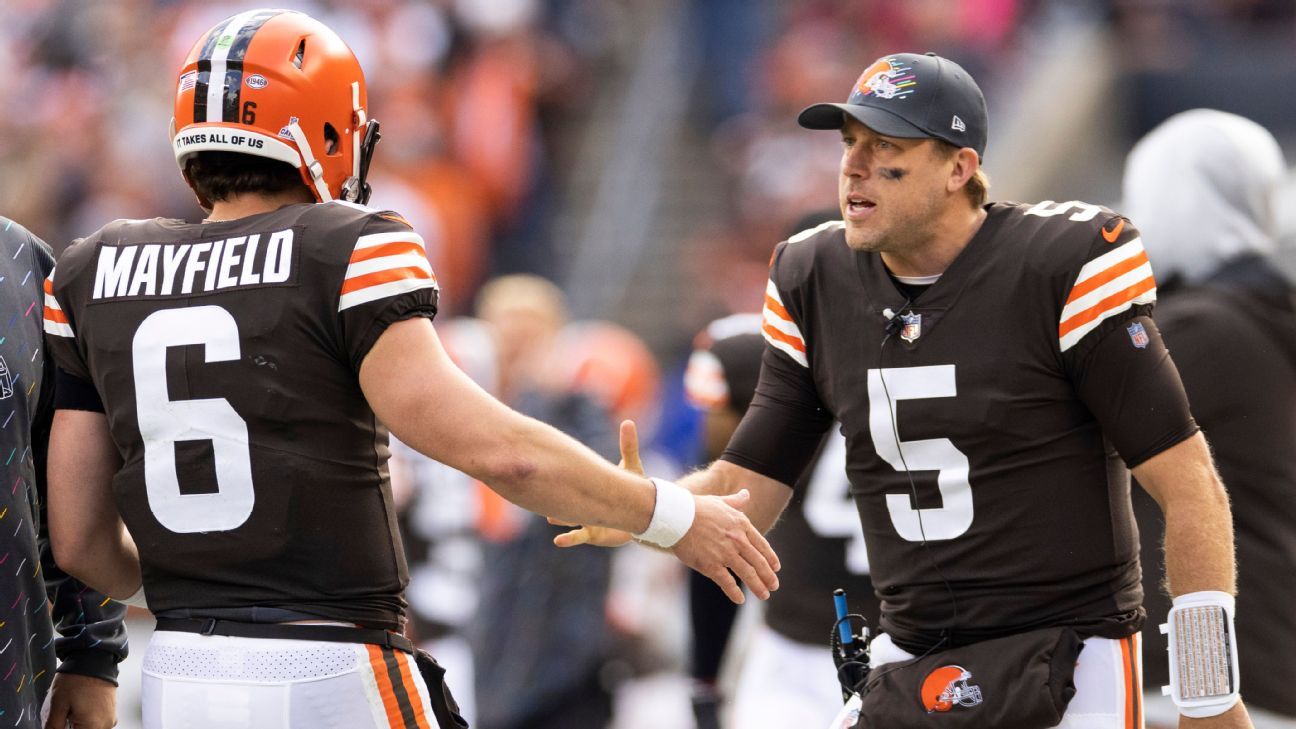 On Sunday, Mayfield had posted on his Instagram Story that he “had no symptoms” and was “praying to test negative for COVID.”

The Browns did get one key defender back, as safety John Johnson III was activated Monday morning. But no other player tested off the reserve/COVID-19 list, meaning Cleveland will enter the game with 22 players still on the list, including 10 starters. No other Browns player is expected to be activated before the 2 p.m. ET deadline, a source told ESPN.

Cleveland is also planning to be without coach Kevin Stefanski after he tested positive for the virus last week. Stefanski didn’t test out of the protocols yet, but the team is waiting for more results, sources told ESPN’s Dianna Russini.

The news that Mayfield and Keenum did not clear the protocols was first reported by NFL Network.

In light of Cleveland’s COVID-19 outbreak, the NFL rescheduled the Raiders game from Saturday to Monday at 5 p.m. ET.

On Sunday, the Browns also got back guard Wyatt Teller. But they will be without several other key players against Las Vegas, including wide receivers Jarvis Landry, tight end Austin Hooper and defensive end Jadeveon Clowney.