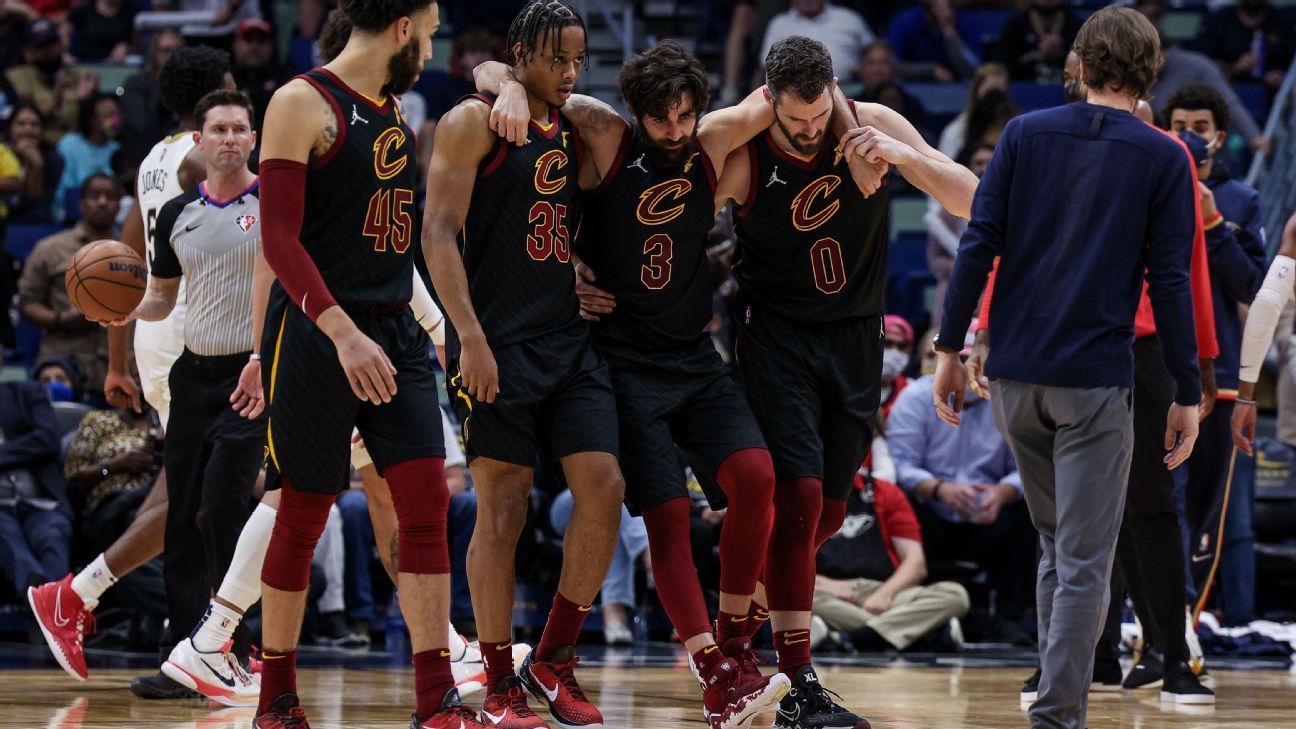 NEW ORLEANS — Cleveland Cavaliers guard Ricky Rubio will get an MRI on his left knee on Wednesday to assess the severity of an injury he suffered in Tuesday night’s 108-104 loss to the New Orleans Pelicans, sources told ESPN’s Adrian Wojnarowski.

Rubio injured his knee with 2 minutes, 20 seconds left in the fourth quarter. As he was driving down the lane, he maneuvered around Pelicans guard Devonte Graham and slipped as he planted his right foot, and his left knee buckled as he fell to the ground.

Rubio immediately grabbed at his left knee in pain and signaled to the Cavs’ bench for help. He was not putting any weight on his left leg as he was helped off the floor by teammates Kevin Love and Isaac Okoro.

Rubio went straight to the locker room and was seen leaving the Smoothie King Center on crutches.

When asked about Rubio after the game, Cavs coach J.B. Bickerstaff said Rubio was “still being evaluated.”

Rubio was having a stellar game before the injury, posting 27 points, 13 rebounds and eight assists in 37 minutes. The Cavs were playing without Darius Garland, who went into health and safety protocols earlier Tuesday.

Rubio tore his ACL in his left knee during his rookie season in Minnesota in 2012.

In 34 games this season, Rubio is averaging 13.1 points, 6.6 assists and 4.1 rebounds per game for the Cavaliers who are 20-14 and the fifth seed in the Eastern Conference.