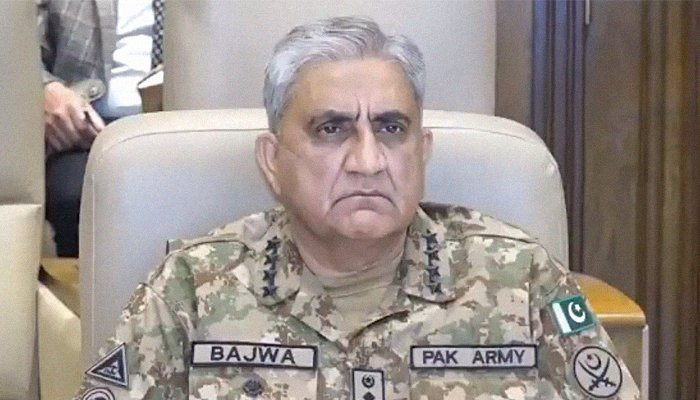 According to a statement issued by the Inter-Services Public Relations (ISPR), the COAS installed Major General Syed Shahab Shahid as Colonel Commandant of Ordnance Corps.

The COAS appreciated the Corps for their role in war and peace, especially during war against terrorism. A large number of serving and retired officers and soldiers from the Ordnance corps attended the ceremony.

The COAS urged the officers to make consistent efforts to keep abreast with modern developments and maintain cutting edge advantage. He said that “superiority in the modern-day battlefield can only be maintained if we remain alive to contemporary challenges and are prepared to tackle them in line with emerging modern concepts.”

“We must remain vigilant to respond befittingly to any misadventure by the adversary,” the army chief reiterated.

He also visited the Fauji Foundation (FF) setups in Karachi where he was given a detailed brief on the ongoing and future projects of the FF. Gen Bajwa appreciated the performance and commitment of FF towards the provision of quality services and contributing immensely to the national exchequer.