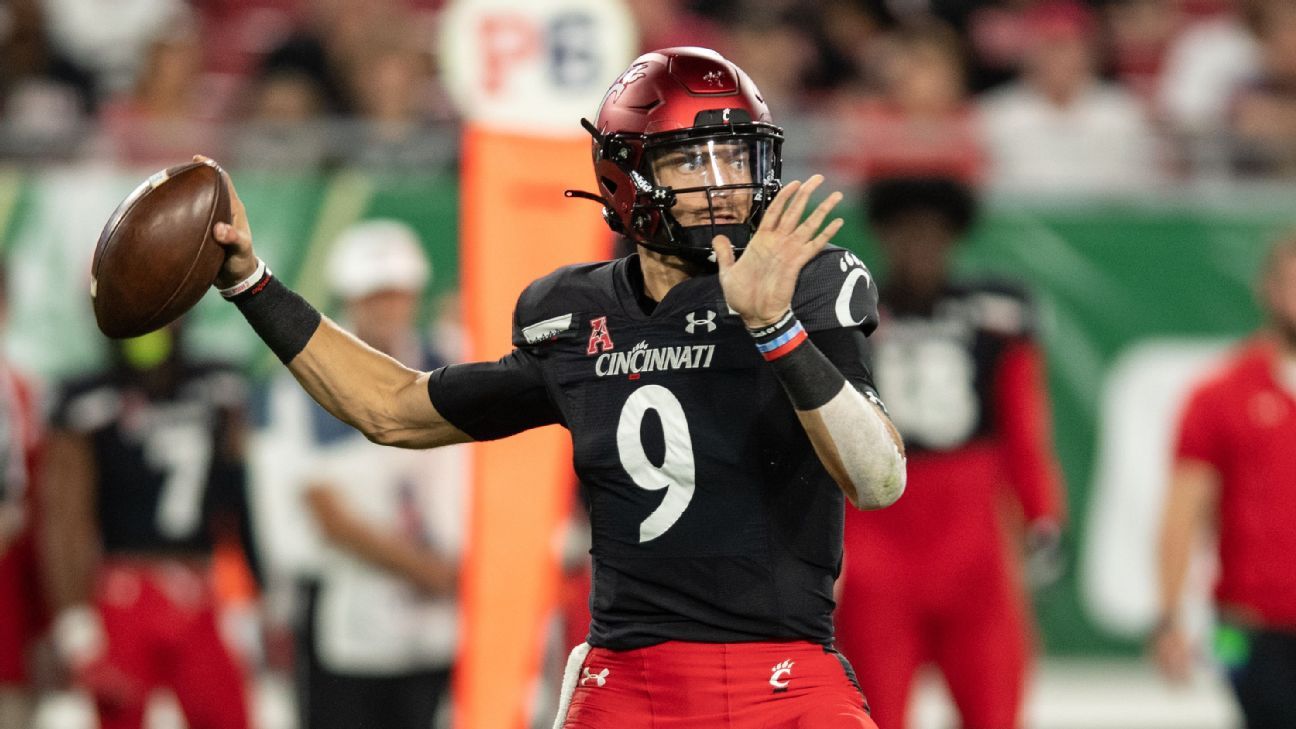 – Cincinnati is a 13.5-point underdog against Alabama in the Goodyear Cotton Bowl Classic. The Bearcats are the second team since the 1978 FBS/FCS split to be at least a 13-point underdog despite entering the game with a record of 10-0 or better.

– Alabama has played 15 previous bowls with a closing total below 60 under Nick Saban. The over is 11-4 in those games. The total in the Goodyear Cotton Bowl Classic is 58.

– The Pac-12 is 8-22-1 ATS in bowl games since 2016, the worst cover percentage among any FBS conference over that span. Six Pac-12 schools will play in a bowl game this season and all but one (Oregon State) is an underdog.

– Service academies have covered 21 of their past 30 bowl appearances (since 2003), including a 9-2 ATS mark since 2015. The over is 19-11 and 9-2 respectively in each of those spans. Two service academies will be in action this bowl season:

– Keep an eye on Wyoming as a 3-point favorite versus Kent State in the Famous Idaho Potato Bowl. The Cowboys are led by coach Craig Bohl, who sports a 10-3 career ATS record in the postseason (7-3 ATS with FCS North Dakota State, 3-0 ATS with Wyoming).

– Three head coaches who have had success as underdogs in their careers and find their teams getting points in a bowl game are Arkansas’ Sam Pittman (11-4 ATS), Arizona State’s Herm Edwards (11-6 ATS) and Utah’s Kyle Whittingham (38-22-1 ATS).

– Three head coaches who have had success as favorites and find their teams laying points in a bowl game are Kansas State’s Chris Klieman (9-4-1 ATS), Liberty’s Hugh Freeze (48-29-1 ATS) and Ohio State’s Ryan Day (20-13-1 ATS). Liberty’s 23-12-1 overall ATS record under Freeze (since 2019) is tied for the best cover percentage in FBS over that span with Oklahoma State.

– Notre Dame enters bowl season with the longest active cover streak in FBS at seven games. The Fighting Irish will face Oklahoma State in the PlayStation Fiesta Bowl on January 1 at 1 ET on ESPN. Notre Dame is a 2-point favorite as of Dec. 12. The Fiesta Bowl will also feature two of the five teams with a cover percentage of .750 or better this season.

– Among bowl teams, Florida enters with the longest active ATS losing streak in FBS at six games. The Gators are 7-point favorites against UCF in the Union Home Mortgage Gasparilla Bowl. That game is scheduled for Dec. 23 at 7 ET on ESPN.