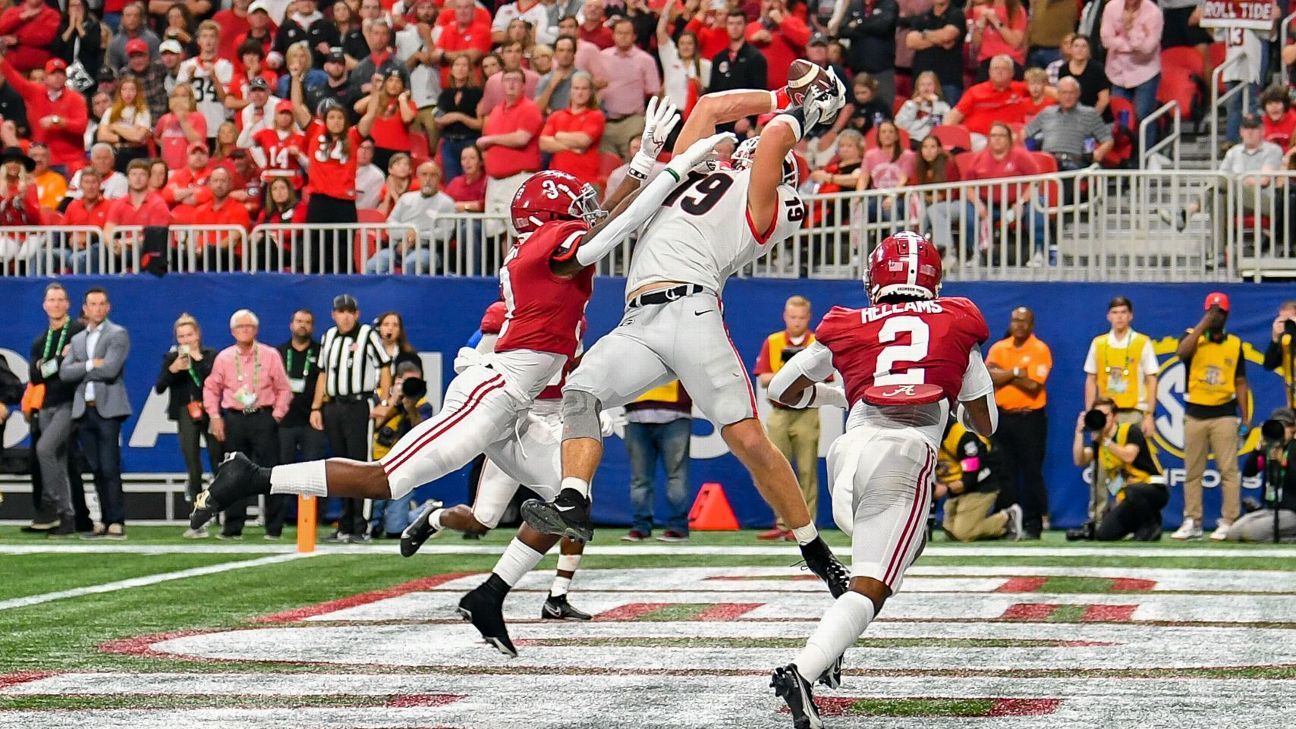 Alabama was a six-point underdog in the first meeting. It snapped a 92-game streak of Alabama being favored, the longest streak by any team since the 1978 FBS/FCS split. The total has also risen three points from the first meeting.

Odds for Georgia-Alabama Meetings This Season

Alabama is 6-4 outright and 6-3-1 ATS as an underdog under Nick Saban, including 5-1 outright and ATS since his second season in 2008.

Alabama as Underdog Under Nick Saban

Both teams have been favored all season. Alabama and Georgia have alternated being the college football betting favorites all season at Caesars Sportsbook.

Georgia’s title odds peaked at 10-1 in May, and they entered the season +750. Alabama’s odds were as long as +650 entering the SEC championship game.

Since 2008, six teams have squared off in bowl games after meeting in the regular season. The teams that won the first meeting all lost the second meeting, going 1-5 ATS, including LSU’s loss to Alabama in the national championship game for the 2011 season.

Nick Saban is 3-0 outright and ATS in his career when facing a team for the second time in a single season (1-0 with Alabama, 2-0 with LSU).

This is the third time since the 1978 FBS/FCS split that the No. 1 team (Alabama) has been an underdog against a team it beat in the regular season (Georgia). Each of the previous two times, the favored lower-ranked team won in a blowout.

The last time the AP No. 1 team was an underdog was Nov. 9, 2019 when No. 1 LSU was a 5-point underdog at No. 2 Alabama. LSU won 46-41. Nick Saban has been the underdog with the AP No. 1 team only one time in his career. Alabama was a 10-point underdog to No. 2 Florida in the 2008 SEC championship game and lost 31-20. Favorites have covered in the national championship game in two straight years after going 0-5 ATS in the first five years of the playoff.

Alabama seeks to be the third team since 2001 to win a national championship after being the preseason betting favorite (2017 Alabama, 2004 USC). Preseason favorites are 2-6 outright and 1-7 ATS in title games in that span, including 0-4 ATS in the College Football Playoff era.

For their careers, they are two of the top five active Power 5 coaches from an ATS perspective (min. three seasons).