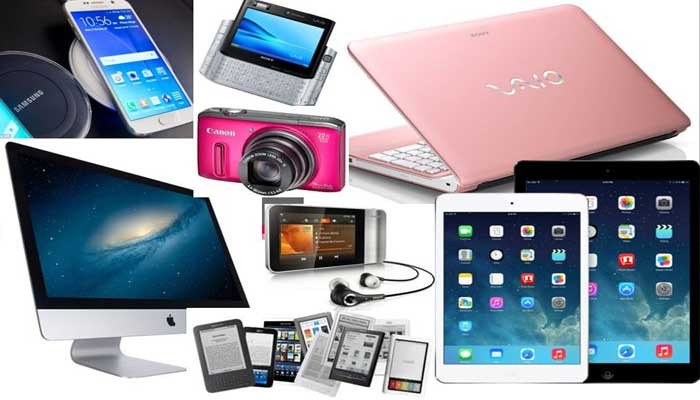 The measures include abolition of the General Sales Tax (GST) exemptions over 150 items, jacking up advance Withholding Tax on cellular service from 10 to 15 percent, and doubling advance tax on vehicle registration.

According to the details shared by the FBR with the federal cabinet, the IMF demanded Rs700 billion taxation measures — including 17 percent GST across the board — but the FBR conceded Rs343 billion.

The FED on imported double cabins (4×4) pick up vehicles increase from 25 percent ad valorem to 30 percent and on locally manufactured, the FED was proposed to be increased from 7.5 percent ad valorem to 10 percent having revenue impact of Rs6.5 billion. The FBR high-ups told the cabinet that there would be a targeted subsidy of Rs33 billion, including Rs19 billion on the domestic front and Rs14 billion at the imported stage.

The sales tax on high-end phones (exceeding US$200) ranges between Rs1,750 to Rs9,270 per phone set. The mobile phones valuing more than $200 imported in the CBU condition has been charged to 17 percent sales tax.

The government proposed GST on the import of laptop computers, notebooks whether or not incorporating multimedia kit and personal computers; goods received as gift or donation from a foreign government or organization by the federal or provincial governments or any public sector organization; sunflower and canola hybrid seeds meant for sowing; combined harvesters up to five years old.

The sales tax is proposed to be imposed on the import of fish feed; fans for dairy farms; bovine semen; preparations for making animal feed; promotional and advertising material including technical literature, pamphlets, brochures and other give-aways of no commercial value, distributed free of cost by the exhibitors; equipment imported by M/s China Railway Corporation to be furnished and installed in Lahore Orange Line Metro Train Project; micro feeder equipment; plant and machinery excluding consumer durable goods and office equipment as imported by greenfield industries, intending to manufacture taxable goods, during their construction and installation period; oil cake and other solid residues, whether or not ground or in the form of pellets; goods temporarily imported into Pakistan by international athletes which shall be subsequently taken by them within 120 days of temporary import.

The import of pharmaceutical raw materials has been subjected to 17 percent sales tax, but the local supplies of the finished product i.e. medicine was brought at zero-rating. The zero-rating is proposed to be allowed to the pharmaceutical sector under Fifth Schedule of the Sales Tax Act.

The sales tax exemption on the import of crude oil has been replaced with sales tax zero-rating.

Under the Bill 2021, the condition of the CNIC shall not apply for the general public in case a payment is made through the credit and debit card or digital mode under Section 23 of the Sales Tax Act 1990. However, the law which exonerated the seller from any liability where fake CNIC was provided by the purchaser in case of sale made in good faith has been omitted to check misuse.

The government slapped sales tax on number of items which were previously being exempted under Federal Sales Tax Act, 1990 through supplementary finance bill 2020-21.

The government has also proposed levy of standard rate of 17 percent sales tax at import stage of following items; however, local supplies of these items will remain exempted.

These item included live animals and live poultry; meat of bovine animals, sheep, goat and uncooked poultry meat excluding those sold in retail packing under a brand name; fish and crustaceans excluding those sold in retail packaging under a brand name; live plants including bulbs, roots and the like; cereals other than rice, wheat, wheat and meslin flour; edible vegetables including roots and tubers, except ware potato and onions, whether fresh, frozen or otherwise preserved (e.g. in cold storage) but excluding those bottled or canned; edible fruits, sugar cane, compost (non-commercial fertilizer) and locally manufactured laptops, computers, notebooks whether or not incorporating multimedia kit and personal computers.

The federal government has also proposed withdrawal of reduced rate of sales tax from the following items.

These items are oilseeds meant for sowing; plant and machinery not manufactured locally and having no compatible local substitutes; flavored milk; yogurt; cheese; butter; cream; Desi Ghee; whey; milk and cream, concentrated or containing added sugar or other sweetening matter; ingredients of poultry feed, cattle feed, except soya bean meal of PCT heading 2304.0000 and oilcake of cotton-seed falling under PCT heading 2306.1000; incinerators of disposal of waste management, motorized sweepers and snow ploughs; supplies; import of remeltable scrap; frozen prepared or preserved sausages and similar products of poultry meat or meat offal; meat and similar products of prepared frozen or preserved meat or meat offal of all types including poultry, meat and fish.

The zero rating of sales tax is also withdrawn from certain categories which include supplies to duty free shops, provided that in case of clearance from duty free shops against various baggage rules issued under the Customs Act, 1969, supplies from duty free shops shall be treated as import for the purpose of levy of sales tax; goods exempted under section 13, if exported by a manufacturer; local supplies of raw materials, components, parts and plant and machinery to registered exporters authorized under Export Facilitation Scheme, 2021 notified by the Board with such conditions, limitations and restrictions.”; supply, repair or maintenance of any ship which is neither; (a) a ship of gross tonnage of less than 15 LDT; nor (b) a ship designed or adapted for use for recreation or pleasure; supply of spare parts and equipment for ships; supply of equipment and machinery for salvage or towage services; supply of equipment and machinery for other services provided for the handling of ships in a port; bicycles.

Zero rating of sales tax is also proposed to be extended on following two items.

Sales tax has been imposed on the goods imported by various agencies of the United Nations, diplomats, diplomatic missions, privileged persons and privileged organizations which are covered under various Acts and, Orders, rules and regulations made thereunder; and agreements by the Federal Government.

Sales tax has been proposed to be imposed on the import of ship stores; contraceptives and accessories thereof; goods produced or manufactured in and exported from Pakistan which are subsequently imported in Pakistan within one year of their exportation; personal wearing apparel and bona fide baggage imported by overseas Pakistanis and tourists, if imported under various baggage rules and is exempt from Customs duties; goods and services purchased by non-resident entrepreneurs and in trade fairs and exhibitions subject to reciprocity and such conditions and restrictions as may be specified by the Board; uncooked poultry Meat whether or not fresh, frozen or otherwise, preserved or packed; cotton seed; preparations suitable for infants, put up for retail sale; sewing machines of the household type

Sales tax has been proposed to be imposed on the import of machinery, equipment and materials imported either for exclusive use within the limits of Export Processing Zone or for making exports therefrom, and goods imported for warehousing purpose in Export Processing Zone, subject to the conditions that such machinery, equipment, materials and goods are imported by investors of Export Processing Zones; goods imported temporarily with a view to subsequent, exportation as concurred by the Board, including passenger service item, provision and stores of Pakistani Airlines; items with dedicated use of renewable source of energy like solar and wind including (a) Solar PV panels; (b) LVD induction lamps; (c) SMD, LEDs, with or without ballast, with fittings and fixtures; (d) Wind turbines including alternators and mast; (e) Solar Torches; (f) Lanterns and related instruments; PV modules along with related components, including invertors, charge controllers and batteries. (h) 853[Tubular day lighting device. (i) Energy saver lamps and tube lights of varying voltages (operating on AC or DC). (j) Invertors (off-grid/on grid/ hybrid) with provision for direct connection/input from renewable energy source and with Maximum Power Point Tracking (MPPT); High Efficiency Irrigation Equipment (If used for agriculture sector); Green House Framing and Other Green House Equipment (If used for Agriculture Sector); plant, machinery and equipment imported for setting up industries in FATA and appliances and items required for ostomy procedures.

Sales tax has been proposed to be imposed on the import of machinery, equipment and tools for setting up maintenance, repair and overhaul (MRO) workshop by MRO company recognized by Aviation Division; operational tools, machinery, equipment and furniture and fixtures on one-time basis for setting up Greenfield airports by a company authorized by Aviation Division; import of plant, machinery and production line equipment used for the manufacturing of mobile phones by the local manufacturers of mobile phones duly certified by the Pakistan Telecommunication Authority; sodium Iron (Na Fe EDTA), and other premixes of vitamins, minerals and micro-nutrients (food grade).

Out of Rs343 billion taxation measures, Tarin said the government proposed withdrawal of GST exemptions on machinery and related products and Rs160 billion on pharmaceutical sector but it would be adjustable after paying 17 percent GST so they would be able to get refunds.

“The government has proposed abolition of GST exemptions to the tune of Rs71 billion on luxury items and it will not be refundable” he said.

On the State Bank of Pakistan’s autonomy, he said bill proposed administrative autonomy for the central bank but the federal government would appoint the executive board with the approval of president of Pakistan.

He said if the problem related to autonomy of SBP emerged, then the government would introduce reversal in the amended law with simple majority. “The talk of increased burden on people due to the supplementary finance bill is unfounded, he said.

Tarin said tax revision of worth Rs343 billion had been proposed in the bill.

Tax exemptions of worth Rs2 billion will be removed from items of general use like personal computers, sewing machines, matchboxes, iodized salt, red chilies, and contraceptives.

“If we expect inflation to increase because of imposition of tax on these items then they [the opposition] are mistaken,” he said, adding that this was the “crux of the supplementary finance bill.”

“The opposition has been spreading rumors about an increase in inflation because of the finance bill,” the finance minister said, adding that no sales tax will be imposed on fertilizer, imported second-hand clothes and cinema equipment. “The agreement with the IMF is not just a matter of $1 billion,” Tarin said.

The finance minister went on to say that the PTI’s manifesto says that institutions should be given autonomy, as “they cannot be strong until they are given autonomy”.

Speaking about the State Bank of Pakistan (Amendment) Bill, 2021, he said the previous regimes kept “interfering” in the matters of the central bank. “The Board of Governors (BoG) of SBP will be appointed on the recommendations of the government,” he said, adding that it was earlier thought the BoG will be appointed by the bank itself.

Tarin clarified, however, that it was made clear to them that this wouldn’t be possible.

“How can they make their own appointments?” he remarked.

“No amendment has been made in the bill regarding the appointment of SBP’s board of directors,” he added.