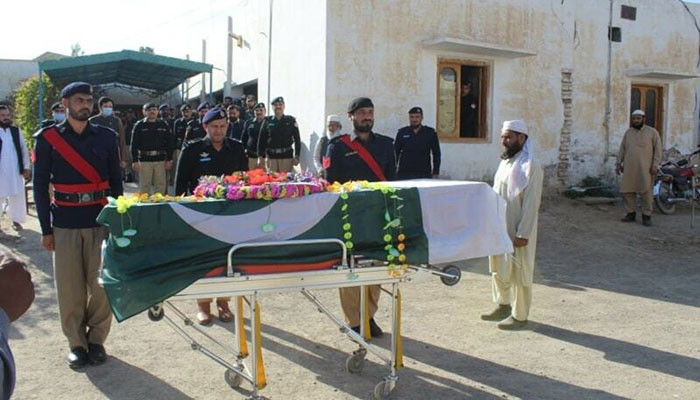 TANK: A cop was martyred and an official of FC sustained injuries on Saturday when unidentified gunmen opened fire on them escorting the vaccinators during the anti-polio drive in the district.

Official sources said that the police and the FC men were escorting vaccinators during the ongoing anti-polio campaign when they came under an attack at Chidarhar village located near Tank city.

It was learnt that the armed men opened indiscriminate fire on the security personnel, leaving the cop dead and another security man injured.

District Health Officer Dr Ihsanullah confirmed the incident and said it was a sensitive area.

The martyred cop was identified as Havaldar Iqbal Anwar while the injured was named Taj Mamood Khan.

The attackers fled the scene on a motorcycle after staging the attack.

A heavy contingent of the police arrived at the spot and conducted a search.

Meanwhile, the Tehrik-i-Taliban Pakistan (TTP) has claimed responsibility for the attack.

Mohammad Khurasani, a spokesman for the TTP, said the group had carried out the attack.

It was the first attack since the TTP on Friday announced the end of a ceasefire with the government.