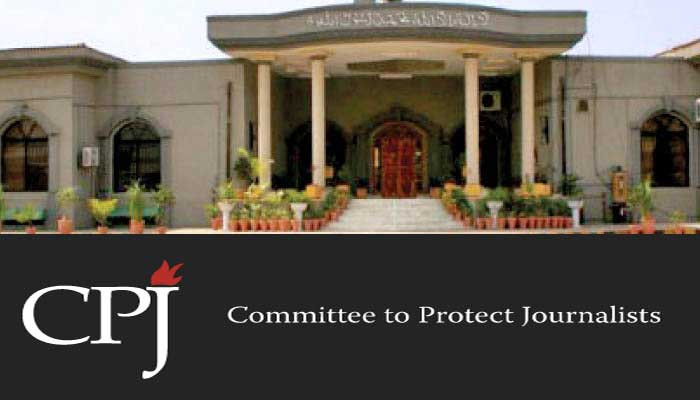 ISLAMABAD: The Committee to Protect Journalists (CPJ) has strongly reacted to the Islamabad High Court (IHC)’s decision to frame charges against journalists for their coverage of former chief judge of Gilgit-Baltistan Rana Shamim’s affidavit.

In a Tweet on Thursday, the international media watchdog’s Asia Program Coordinator Steven Butler said: “No journalist should face contempt charges for reporting a verified story. Pakistan boasts of press freedom. Freedom of the press means freedom to report the news.”

The Council of Pakistan Newspaper Editors (CPNE) President Kazim Khan, Secretary General Amir Mehmood and others also have expressed concerns over the IHC’s decision to indict the journalists.

The CPNE office-bearers said, in a statement, that it is beyond comprehension to hold the trial of journalists on contempt of court charges as they are duty bound to bring facts into the limelight with no mala-fide intention. “Safeguarding of laws and their interpretation is the responsibility of the judiciary but such actions against journalists are tantamount to suppressing the freedom of expression at international level,” they maintained.

The office-bearers of CPNE requested the court to review its decision of framing charges against the journalists. Karachi Press Club President Fazil Jamili, meanwhile, in a statement issued on Thursday on the IHC decision said: “Discharging journalistic duties is not a crime.

As journalists, we are bound by the principles upholding our profession to report on any matter that is in the public interest. Given the robust nature of conversations and debates that followed the publication of the story, it is well established now that the public interest was indeed served in pursuing and publishing the story.”

The statement said the IHC must revisit its decision to subject the individuals who brought this story to the public to the onerous and unnecessary process of vindication through trial. The court’s decision, as it stands, will have a chilling effect on Pakistan’s already beleaguered media industry and discourage journalists from pursuing stories that hold those in power to account, it added.

“Indeed, to charge these journalists for doing their duty is akin to levelling a charge against every journalist employed in the service of the people of Pakistan,” the journalists’ leader said. Editor Dawn Zaffar Abbas, meanwhile, in a Tweet also requested IHC chief justice Athar Minallah to review his decision to charge journalists for contempt.

“Sir, journalism is not a crime. If I had access to this affidavit, I would have done exactly what Ansar did—do a story after proper verification of its authenticity,” he said.