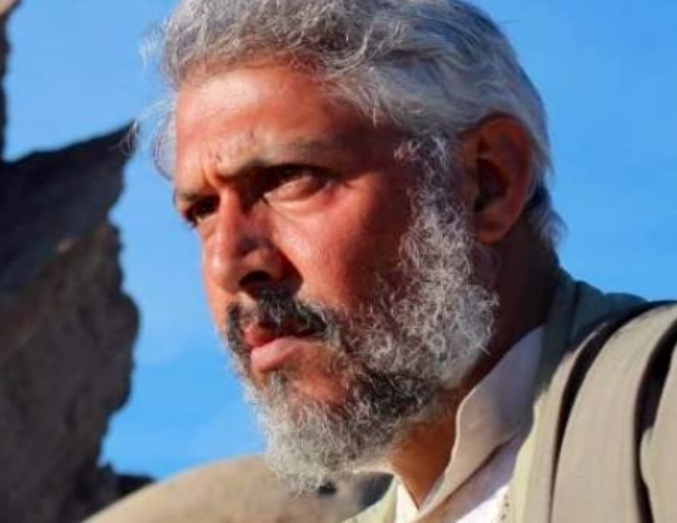 
In Pakistan, film feels like a dying art. With an overactive censor board hacking away at any promise of newness and intrigue, and the stories managing to escape the executioner’s axe often being regurgitative in theme and narrative, local cinema appears to be in a dismal state. Hameed Sheikh believes there is gold waiting to be unearthed in the midst of all the apparent rubble.

The actor, who hails from Quetta, has been around long enough to understand the nitty-gritty of the Pakistani film industry, and he is not one to shy away from calling out the artificiality of art in the country.

For Sheikh, who has starred in films such as Jami’s Moor and Shoaib Mansoor’s Khuda Ke Liye and is currently working as a cultural consultant in Hollywood, salvation lies in embracing diversity of opinion. “People aren’t stupid. They understand what is being done,” explains the seasoned actor in a conversation with The Express Tribune. “You have to allow artists and intellectuals to use their pens freely. They should not be afraid to write something that may hurt your sentiments. Not everything needs to be painted over with the same brush.”

A staunch believer in the superiority of raw, unfiltered stories, Sheikh adds, “People want to see the truth. The news from our country is played all over the world. Everyone knows what is going on, so who are you trying to fool with fiction? We shouldn’t have our hands tied this way.”

While there may be no dearth of talent in the country, the actor insists that censorship issues coupled with a reluctance to enter international markets may spell the eventual death of Pakistan’s film industry. “If censorship continues and artists aren’t allowed to express themselves, then art does not have a very bright future in Pakistan,” asserts Sheikh.

“People who are sincere when it comes to making art are the ones who must step forward. Otherwise, there are a lot of people who will make chocolate, lollipop-type content for you, pocket the money and be on their merry way. Some people will go watch these kinds of films in cinemas and absolutely nothing substantial will come of them. Right now the tools and money of the people calling the shots are being wasted. If art is to have any real impact, we must step out of the black and white narrative and embrace the grey.”

Sheikh’s affinity for diversity may be attributed to the actor’s multicultural background. Growing up in Quetta, the cultural hub of Balochistan, he can speak multiple languages including, but not at all limited to, Urdu, Brahui, Balochi, Pushto, Farsi, Hindko and Punjabi. On his background, the actor shares, “I live in Quetta. My family has been here for over 600 years and were originally Brahmin Pundits. We’re in the business of electronics, and you need to speak several languages in order to communicate with your customers. We had people from the Hazara region, Iran, Uzbekistan, Tajikistan, Punjab, Sindh coming to us to buy things. Even Quetta’s own Urdu is very mixed. I have always been influenced by multiple languages.”

Sheikh’s stellar command over various languages of the region, as well as his familiarity with the different cultures existing in and around Quetta, left him uniquely placed to take on the job of a language and cultural consultant in Hollywood. Recently having worked on The Old Man, a series centred around the life of an ex-CIA officer played by Jeff Bridges which is set to premiere next year, Sheikh detailed his journey to the job.

“I went to America around two years ago. I did a project there, which was my first job as a language coach. Following this, I worked on a film called Away, Together. I met with a woman there who told me I should be doing bigger work given my ability to speak multiple languages,” shares the actor. “Nothing much came of it, and I travelled back to Pakistan after COVID hit. That’s when she reached out to me again and set up a meeting with Disney. They offered me the job of a consultant where my responsibility would be to guide them with regards to culture, languages and history of this region.”

For Sheikh, the responsibility is a big one to shoulder, with him being a staunch believer in authentic cultural representation in a Hollywood overcrowded with offensive inaccuracies. Speaking of his experience as a dialect coach, the actor elaborates on his strict attention to detail, “I would teach [the actors] the pronunciation of a single word over 50 times to make sure they got the accent right. At first, I’d start off with only sounds so that they would understand the base of the word. We’d break down words into sounds and build up from there to get the accurate pronunciation.”

Taking issue with the “creative licence” often exercised by Western filmmakers to brush ill-preparedness in terms of cultural accuracy under the rug, Sheikh reflects on certain Hollywood films he had seen in the past. “We have such diversity of languages,” he explains, adding, “In one Hollywood film that I won’t name, they showed the mujahideen speaking in Hindko, which is different from the language spoken in Afghanistan and is instead spoken in regions in Pakistan like Abbottabad. In fact, they mixed Hindko, Pushto and Punjabi to create a new language. How long can they keep this up?”

He continues, “They whitewash a lot of things. This isn’t about creativity, it’s about logic and facts. People try to get away with inaccurate depictions of people from this part of the world by claiming their ‘creative licence’, and I always make it a point to highlight this whenever I see it happening.”

Sheikh understands the intricacies involved in accurately representing the people and culture of a region. “It’s difficult to represent these regions and their people with 100% accuracy,” he says, elaborating further, “You’ll notice that the way the light filters through the sky in Pakistan and Afghanistan, it’s different when compared to the temperature and tint it has in Europe. These are things that can only be represented accurately if one has the right knowledge of the region.”

At the end of the day, Sheikh’s mission, both in Pakistan and beyond, while seemingly simple, is one of colossal importance in an increasingly multicultural world aching for authenticity. Humbly deeming his contribution “a drop in the ocean”, Sheikh states his ultimate goal, clear and simple, “Zameen ki khushbu screen par laana [Bringing the fragrance of the region’s soil to the screen], that is what I am trying to do.”