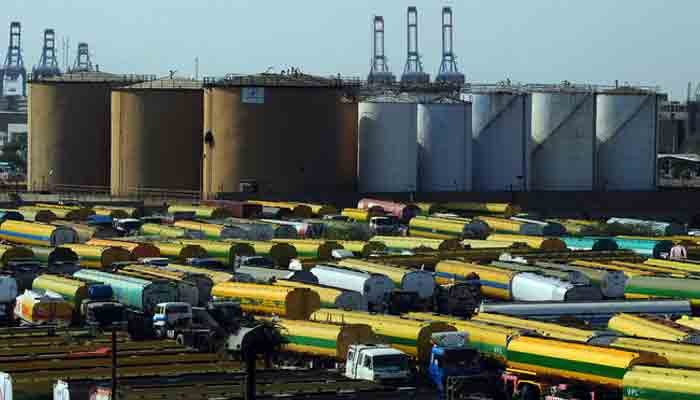 The PRL, in its official statement, announced the temporary refinery shutdown due to its operational and ullage constraints.

All the refineries, including PARCO, BYCO, NRL, ARL, PRL and OCAC (Oil Companies Advisory Council) have been sensitising the Petroleum Division since long, alerting of the POL products’ availability crisis because of non-lifting of furnace oil from their storages. However, the IPPs and PSO, which were issued Rs30 billion by the Power Division, have not lifted the furnace oil, putting a big question on the governance of the government. In another development, the Attock Refinery Limited (ARL) has started closing down its operation and to this effect, it on Thursday shut down its one unit having capacity to refine 5,000 barrels per day of crude oil because of non-lifting of furnace oil.

The refinery has been left with storage capacity of four to five days and if the FO is not lifted, its storages will be fully filled and it will not be able to produce the POL products as there will be no room to store them. If the situation does not improve by Monday, then the ARL management will be left with no option but to shut down its second unit having the capacity to refine 10,000 BPD of crude oil. When contacted, the ARL Managing Director Adil Khattak confirmed that his refinery has started closing down its operation because of the non-lifting of furnace fuel oil by PSO and IPPs. He said some days back, the PSO lifted just 20,000-25,000 tons of furnace oil but it didn’t work as the refinery has just four to five days capacity to store furnace oil. If the situation does not improve, the ARL will have to shut down its other unit by Monday.

Industrial sources also confided to The News that other refineries were also going to shut down their operations because of the ullage constraints. They said that the local refineries are supplying over 11 million tons of various petroleum products but due to non-upliftment of furnace oil and limited storage capacity, the refineries have started closing down their refinery operations.

They said that the oil marketing companies only import the furnace oil, when they first consume the products of the local refineries. But interestingly, OMCs were allowed to import furnace oil during July-November 2021. And the non-upliftment of the committed quantities by the Gencos and IPPs ensued build-up at the OMCs storage and this is how the storages of refineries are filled up with furnace oil. The industrial source also questioned the import plan of furnace oil. When contacted, the PSO MD said that his company imported furnace oil on the demand from the Power Division. He said that a ship carrying 50,000 tons of furnace oil has been berthed at the port for one month and the furnace oil has not yet been offloaded by the power sector. He said that an amount of Rs27 billion was yet to be released to PSO.