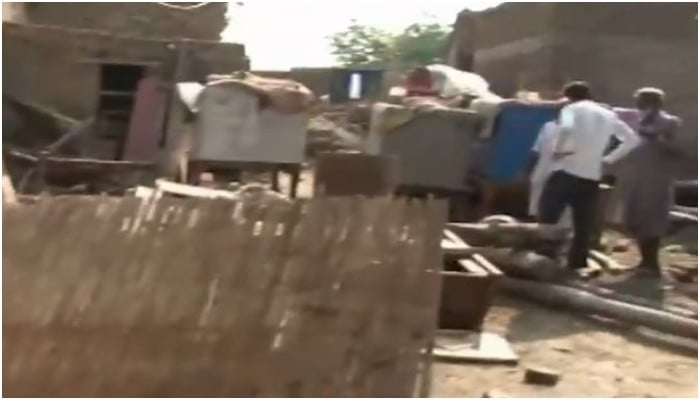 DADU: Robbers on a boat looted the flood-ravaged village of the Mehar Tehsil of Dadu in Sindh.

Speaking to Geo News, the victims said that they have already lost everything and are now being looted by the robbers while asking the authorities concerned to help them out.

The victims demanded that the government put a ban on using the boats at night.

The villagers said that neither the elected representative of the area reached out to them nor have they received aid from any organisation.

According to fresh data, Pakistan’s unprecedented floods have killed nearly 1,500 people as authorities looked to step up relief efforts for millions affected by the disaster.

The tally of dead stands at 1,486, about 530 children among them, the National Disaster Management Authority said, as it released its first country-wide total since September 9, a period that saw 90 more people die.

Pakistan received 391 mm (15.4 inches) of rain, or nearly 190% more than the 30-year average, in July and August. That figure climbed to 466% for one of the worst-affected areas, the southern province of Sindh.