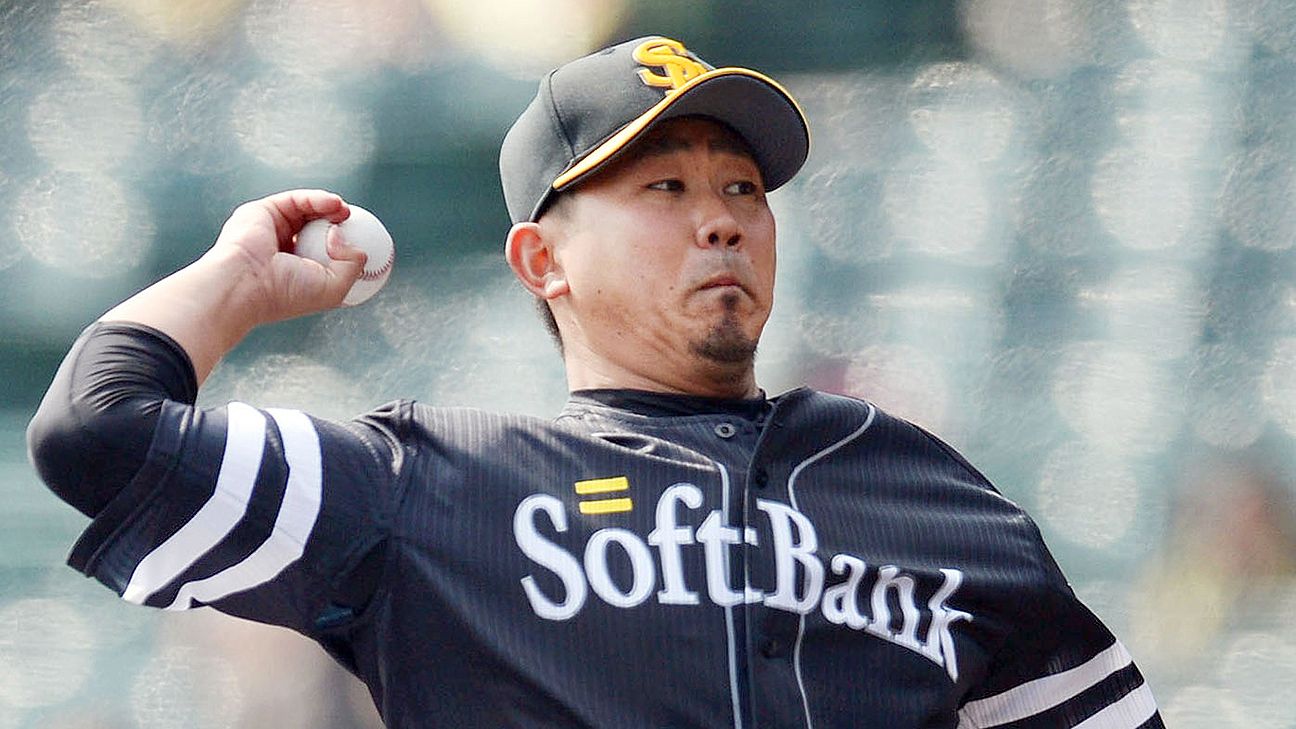 Daisuke Matsuzaka brought his 23-year professional baseball career to a close Saturday in a ceremony that included a surprise appearance by Ichiro Suzuki.

Matsuzaka, who faced only one batter this season for the Saitama Seibu Lions — issuing a walk in an October appearance — told fans at Seibu’s MetLife Dome that he was happy to leave the sport on his terms.

“I’m content that I was able to keep playing baseball until I could no longer throw normally in the end,” Matsuzaka said, according to Kyodo News.

A video from Suzuki was played, ending with the longtime Seattle Mariners outfielder surprising Matsuzaka on the field and giving him a flower bouquet.

“I hadn’t imagined this. It was crazy,” Matsuzaka said, according to Kyodo News. “At first I was able to hold up, and then the tears came and I was done for.

“I was surprised and just overjoyed that, at the end, Ichiro-san came to see me. I’m happy I was able to come so far.”

Suzuki and Matsuzaka faced each other both in Japan and Major League Baseball over their careers. They were also teammates for Japan’s World Baseball Classic titles in 2006 and 2009.

He started and ended his career with the Lions, pitching for them from 1999 to 2006 and the past two seasons. He also played for the Fukuoka SoftBank Hawks and Chunichi Dragons after returning to Japan in 2015.