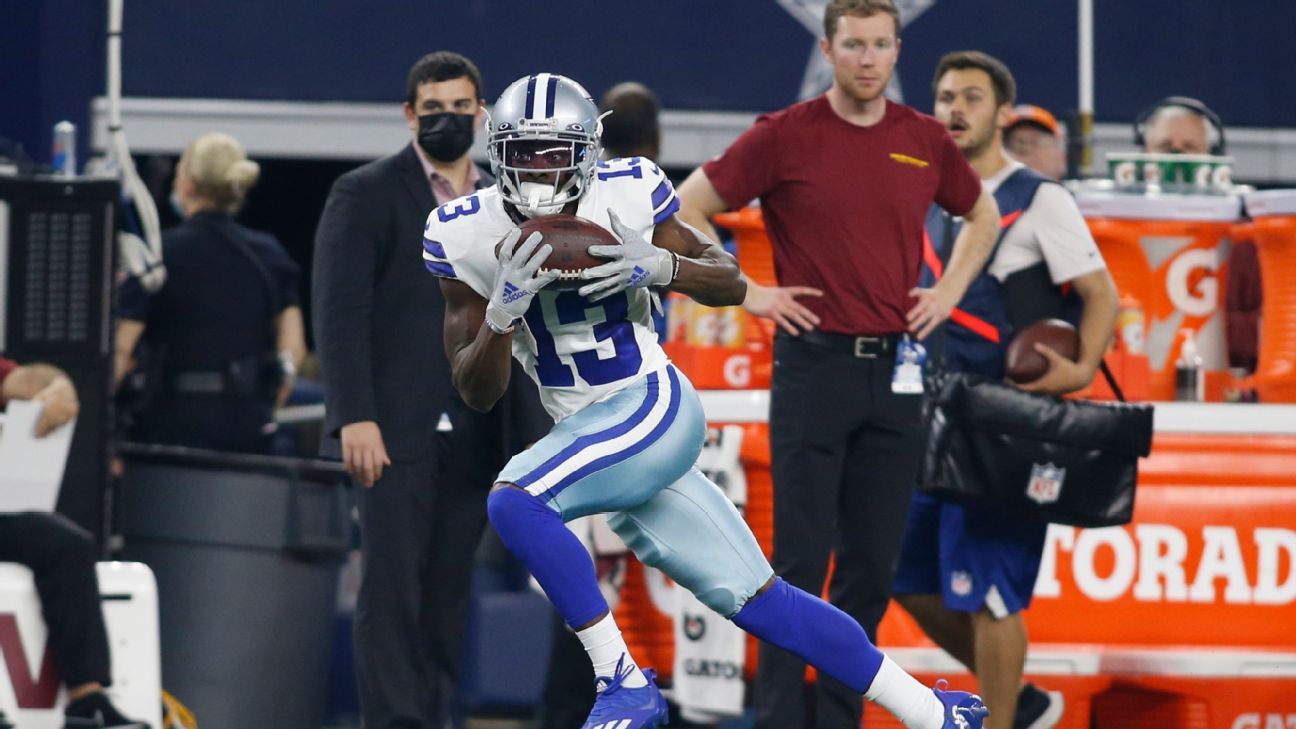 Gallup, who received the results of his MRI on Monday, suffered the injury in the second quarter of Sunday’s loss to the Arizona Cardinals and left AT&T Stadium on crutches. His left knee appeared to buckle as he turned to catch a 21-yard touchdown pass from Dak Prescott.

Gallup, who is scheduled to be an unrestricted free agent after the season, had 35 catches for 445 yards and 2 touchdowns as the No. 3 receiver opposite Amari Cooper and CeeDee Lamb. He had missed seven games after suffering a calf injury in the season opener.

Cedrick Wilson replaced Gallup following Sunday’s injury and caught six passes for 35 yards and a touchdown, and he also threw a 31-yard pass to Tony Pollard.