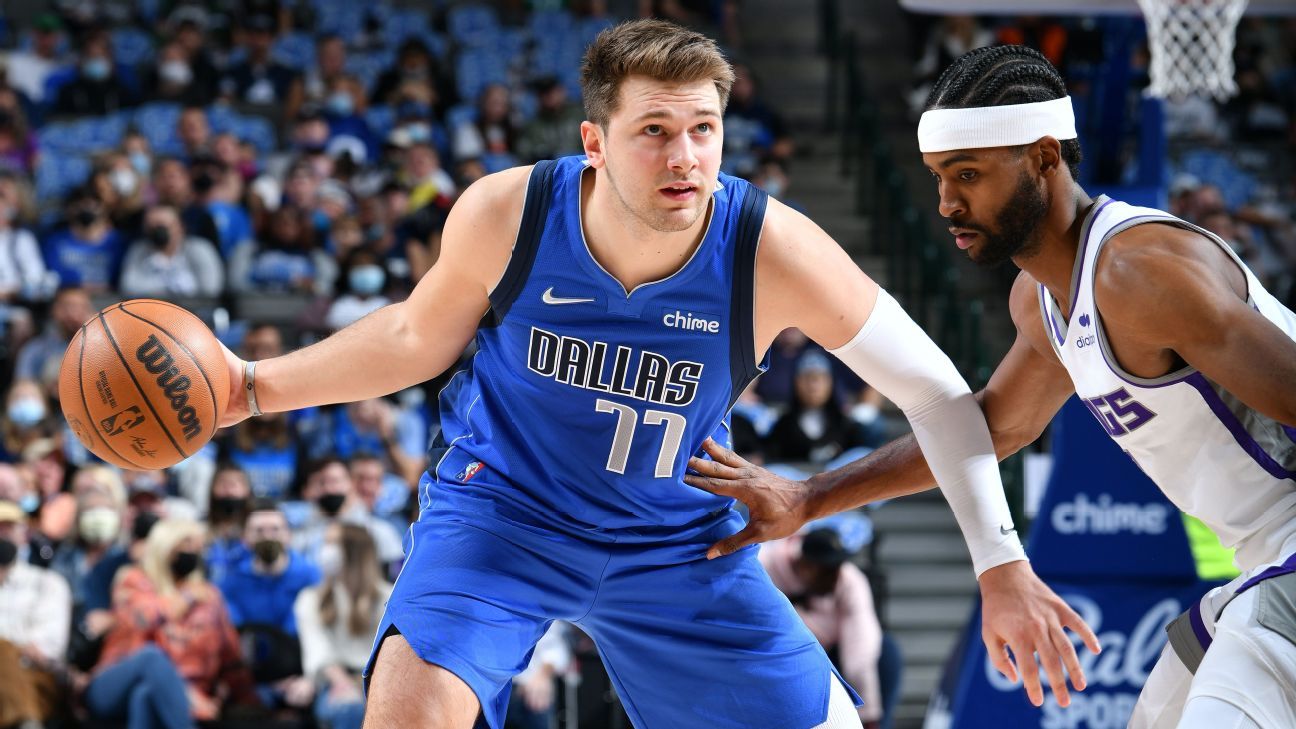 DALLAS — Dallas Mavericks star Luka Doncic will miss Saturday night’s game against Memphis, the second night of a back-to-back, with what the team says is left ankle soreness.

The 22-year-old showed moments of discomfort in Friday’s 107-91 loss to New Orleans, a third straight home defeat. There was no mention of an injury after the game.

Dallas plays the Grizzlies at home to complete a stretch of three games in four nights. The Mavericks will have two days off before hosting Kevin Durant, James Harden and the Brooklyn Nets.

Memphis will be missing guard Ja Morant for a fourth consecutive game because of a left knee sprain. Morant was the second overall draft pick in 2019, a year after Doncic went third overall.

The Grizzlies are playing for the first time since setting an NBA record with a 73-point margin in a 152-79 win at home against Oklahoma City.

The Mavericks also will be without Kristaps Porzingis, Doncic’s oft-injured European sidekick, for a second consecutive game because of a left knee contusion. Coach Jason Kidd said Porzingis was injured Monday in a victory at New Orleans.

Center Willie Cauley-Stein will miss his fourth consecutive game, the last three of which have been for personal reasons.