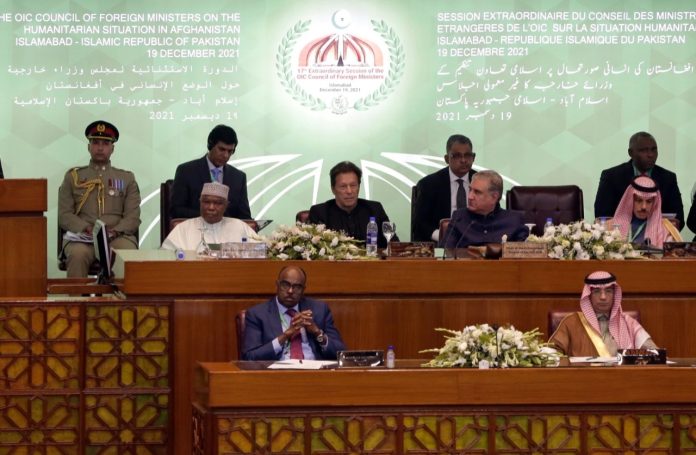 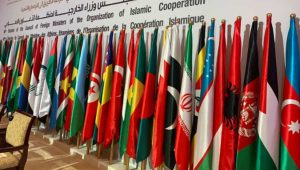 According to a United Nations report, nearly 23 million Afghans are facing acute food shortages, while 3.2 million children are at risk of malnutrition. Around 97 percent of Afghans are likely to slip below the poverty line if urgent steps are not taken to mitigate their problems. In these difficult times, many international aid organizations and diplomatic missions have closed their development programs and have evacuated the staff from the country due to the establishment of a new government there.
With temperature dipping, the healthcare system being on the brink of collapse, food and money being scarce, more than half a million Afghans living in the camps in this severe cold, and the country that is facing a major economic crisis, the question here is, why is an International Community still divided on the issue of providing the humanitarian aid to Afghanistan?
On 19 December 2021, Pakistan hosted the extraordinary conference of Organizations of Islamic Corporation(OIC) in Islamabad. The Foreign Ministers, Deputy Foreign Ministers from Islamic countries, as well as special representatives from the U.S, China, Russia, and the United Nations attended the one-day meeting. The purpose of this meeting was to seek the support of the International Community to prevent a humanitarian catastrophe and economic collapse of Afghanistan.
Saudi Foreign Minister Prince Faisal bin Farhan Al Saud mentioned the OIC’s solidarity with Afghanistan and said these people suffered too long. OIC Secretary-General Hissein Brahim Taha affirmed that OIC is ready to play his part in supporting the humanitarian action in coordination with relevant relief agencies across the world. The U.S special representative, Tom West also expressed the intention to help and find a mechanism to deliver aid to Afghanistan as almost 3.2 million children there could face acute malnutrition. Pakistan also urged the forum to not ignore the danger of a complete economic meltdown and provided a six-point plan of rebuilding Afghan institutions, coordinating aid, increasing investment, and providing technical expertise to improve Kabul’s economy. PM Imran Khan warned that Afghanistan could become the biggest man-made crisis in the world if not helped immediately. Pakistan pointed out the impact of Afghan refugees on Europe as well.
The Foreign Ministers agreed in a joint resolution to establish a special envoy for providing help and to set up an institutional system for resource disbursement, as well as a trust fund and a food security program, in which the OIC will engage with the UN to deliver aid. The delegates agreed to open the financial and banking channels to restore liquidity and the flow of financial and humanitarian assistance.
The US State Secretary Antony Blinken also thanked Pakistan for hosting the extraordinary session of OIC for discussing the ongoing situation in Afghanistan. He said that the session is our collective determination and action to help those in need. We thank Pakistan for hosting this vital meeting and inviting the global community to continue cooperating to support the Afghan people.
The OIC meeting held in Islamabad is a groundbreaking event. Forty-one years ago, when the OIC meeting was held in Islamabad, it ended without any conclusion on the Afghanistan situation. Now once again the discussion was held in Islamabad over the humanitarian calamity in Afghanistan. Pakistan being at the forefront is asking the world to provide a helping hand to the war-torn country. Let’s see how the international community fortifies its reputation which has not been very flattering earlier.